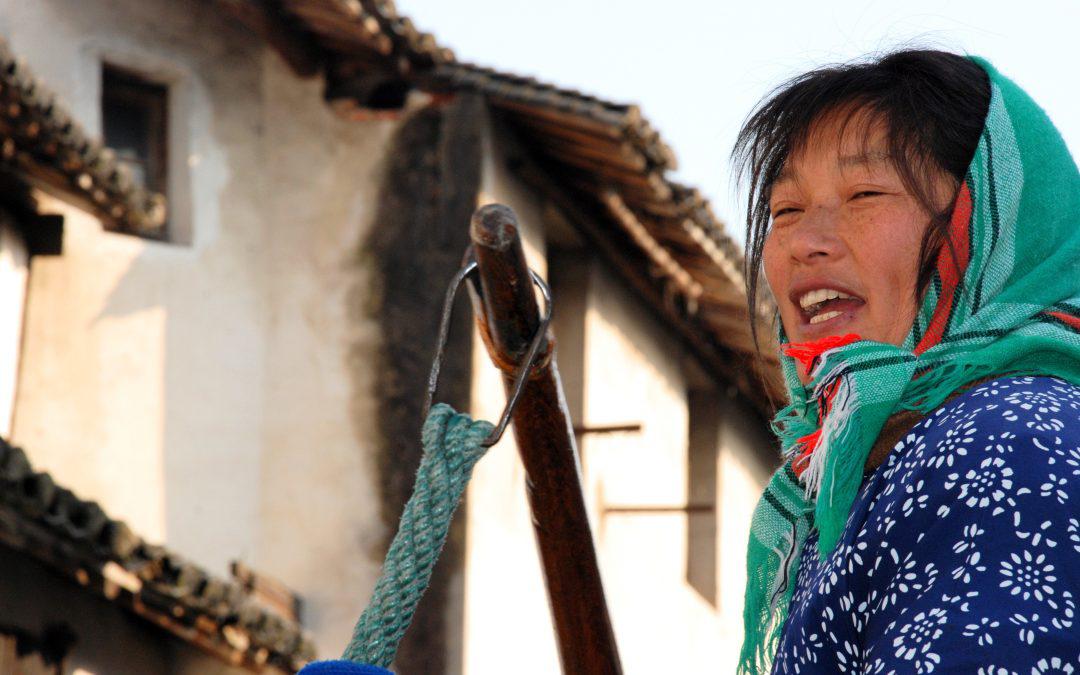 Photo of the Day # 6: Chinese Gondoliera in Suzhou

Suzhou, a city on the outskirts of Shanghai is also known as the Venice of China. There are a lot of similarities. Waterways replace roads, Gondolas replace taxis and the Chinese Gondoliera even sang us a song as she steered the boat through the picturesque city.

The low wooden boat was gliding over the water, steered from behind by the Gondoliera and her long paddle stick. You could see that people embraced their water town and the rivers and canals were part of their every day life. People sat on their balconies overlooking the canals, other on the steps leading down to the water, watching the boats pass by. Strings with rows of red lanterns hung from the curved roofs. I wish I could have seen this city at night, when the red glow reflects in the water and give it a mystical atmosphere.

Suzhou is old. Very old. It was founded 514 BC. Due to its location on the Yangtze river, it has always been an important trade city and commerce has flourished. While the river area gives you the feeling that you are in a quaint little village, you realize this couldn’t be further from the truth when you drive through it. Suzhou is one of the fastest growing Chinese cities and now has a total population of over 4.3 million just within the city limits.

Suzhou isn’t really on the radar for international tourists, but if you are in Shanghai and have an extra day to spare, consider a trip to explore the town of Suzhou.

Have you been to Suzhou? Did it remind you of Venice too?

MariaAbroad is an International Lifestyle Blog to inspire you. Discover this world through books, recipes, travel and more. I’ll bring the world to you, one article at a time.