by MariaAbroad | Photo of the Day, Photography | 0 comments 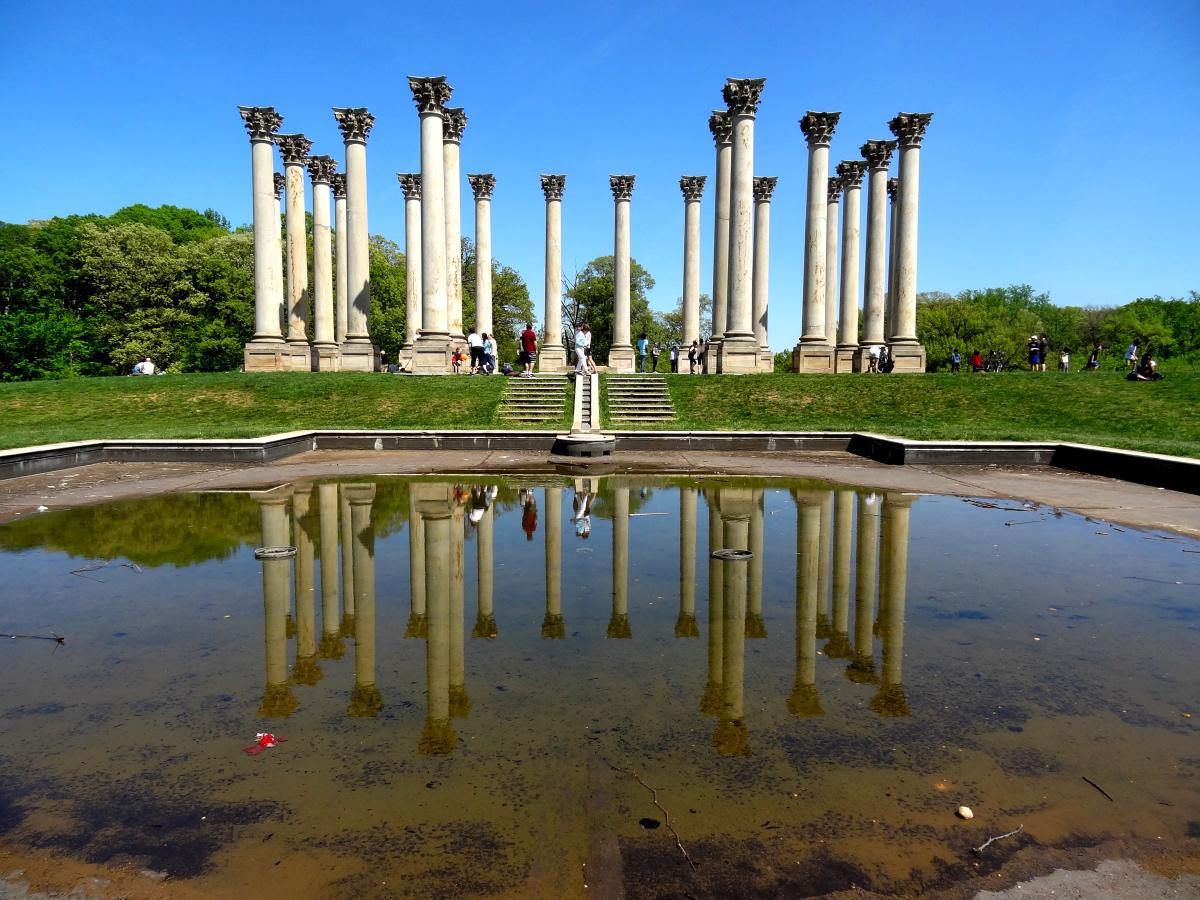 No, this is not some ancient ruin in Italy or Greece. These Corinthian columns, also called the Capitol Columns, can be found in the National Arboretum Washington DC. But why are there columns standing in a park like this? Good question. These columns were originally intended for the US Capitol. They were made in 1828, but then the architects decided to make the dome of the US Capitol larger than in the original plan. Larger dome meant they needed larger columns to support the extra weight and the original columns became redundant.

It wasn’t until 1980 that the Capitol Columns found their final resting place at the Arboretum in Washington DC though. They were brought to the Arboretum by Ethel Garrett, who thought the 20 acre meadow would be a great setting for them. The Capitol Columns are really a cool sight and I highly recommend to check out the Arboretum. The park is huge and you can see all kinds of landscapes, from Bonsai Gardens to colorful Azaleas and Asian inspired retreats that make you think you are in Japan. It is absolutely beautiful there.

I went to the Arboretum for the first time last spring and it was absolutely stunning, especially the blooming Azaleas. Here is a little sneak peak, but if you want more photos, you have to check out my post 50 Shades of Pink.

Have you been to the Arboretum in Washington DC and seen the Capitol Columns? If you have the chance, go check it out. I know that I can’t wait to see this place in the fall, when all the leaves are changing colors or in the winter, when everything is draped in a white blanket of snow! MariaAbroad is an International Lifestyle Blog to inspire you. Discover this world through books, recipes, travel and more. I’ll bring the world to you, one article at a time.