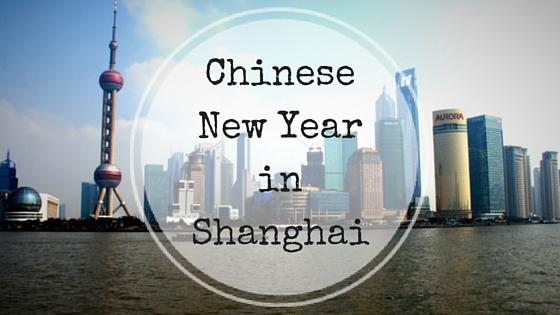 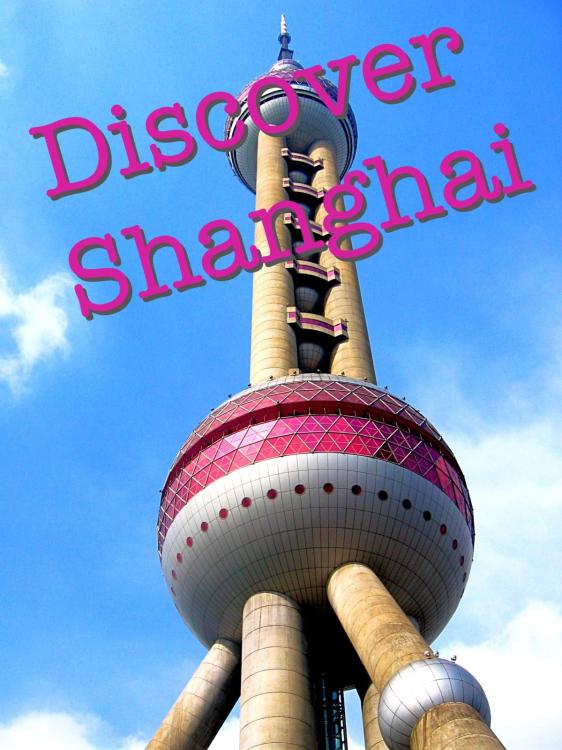 After a big welcome scene at the airport, which certainly turned some black haired Chinese heads, we took the Maglev from the airport to the city.  This train is just amazing.  Well, of course it is, it was developed by a German company!!!  It reaches a maximum of 431 kilometers an hour and you just see the cars and houses flying by.  It really feels like you are sitting in a really low flying airplane.  It definitely is a great experience.

I had booked a room at the Metropole Hotel, mainly because of its location.  When we arrived, they told us, that they unfortunately had no double room available, and asked if we would mind to be upgraded.  We only had to walk about 3 minutes to the Bund and about 10 minutes to Nanjing Road.  The service was good and the rooms were clean.  Oh yes, did I mention that they only charged us the 10 % deposit and forgot about the rest?  So we ended up paying 20 $ for four nights in a double room in Shanghai, can it get any better?

On our first day, we just walked around Nanjing Road, had some coffee and chatted about the good old times.  The second day, we went to the Bund and then to YuYuan Garden.  As it was Chinese New Year in Shanghai, everything was decorated and full of people.  It reminded me of my “great” trip to Le Shan, but since my friend Lisa was there, we still had a lot of fun.  In the evening we splurged and went to the Jin Mao for dinner and cocktails at the Cloud Nine Bar.  It was really amazing to see the city from top, but unfortunately the skyline was not as spectacular as usual, due to the horrible blizzard in South China.  The government issued a regulation to safe energy, which meant not only that the buildings were not illuminated at night, but also that the hotel turned off the heating and we almost froze to death in our room, but that’s a different story.  On our way down we tried to find the restroom and we started talking to a guy who was trying to take pictures of the firework for Chinese New Year in Shanghai.  Guess where he was from:  He was from Nuremberg, a city about 100 kilometers from where Lisa and I are from.  What a coincidence!!!  It was really funny, especially because Lisa and I also met a guy from Nuremberg when we were on a train from Nice to Monaco a couple of years ago. 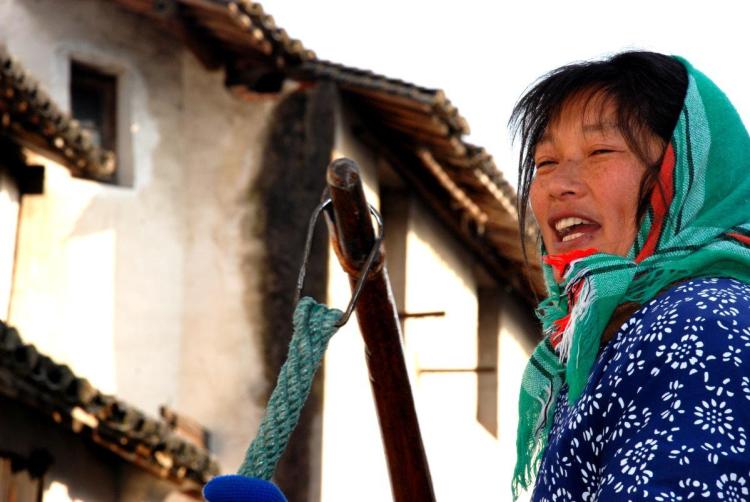 The next day, we had booked a tour to see the famous water villages outside of Shanghai.  This time I made sure that the tour guide spoke English and we had a great day.  First we went to Suzhou, where we visited a very appealing private garden.  We were only 8 people in our group plus our really nice tour guide.  After a nice, but touristy lunch we went to a silk factory and Lisa proved her strength by trying to pull apart the silk strings.  We had the opportunity to do some shopping there, as it is always the case on tours in China, but we did not buy anything, as all the things were just too expensive.  In the afternoon, we went to Zhouzhuang, a beautiful water village.  First we walked around a little and then we took a boat ride in a boat, which was very similar to the Gondolas of Venice.  Our Chinese Gondoliera sang us some Chinese folk songs and if there had not been at least 50 other boats on the same canal, I am sure it would have been very romantic.

When we returned to Shanghai, Lisa spotted a sign, saying that we now entered Shanghai… well, we were in the middle of nowhere and as far as the eye could see were fields some lonely houses every once in a while.  2 minutes later, we saw another sign, posting that Shanghai downtown is still 76 kilometers away.  Well, even though that might be similar in the US, it is definitely not something you will ever find in Europe, as after 76 kilometers you already passed through the city and the next three that are on the way!!!  That evening we asked our hotel staff to write us down the name of a good fish restaurant.  It was a typical Chinese street with lanterns, decoration and blinking neon signs everywhere and on each side nice looking Chinese restaurants.  We tried a couple of them, but all of them said they were booked out and on the streets were some beggars with monkey who were following us to beg for money.  So we were really happy to finally find a place that had a table ready.  Well, lets just put it that way, afterwards we knew why they had only a couple of guests.  The food was not the problem, it was outstanding, even though we certainly looked kind of strangely when our corn came with frosting and sugar pearls.  But the real problem was that it was freezing in there.  Even though we ordered really spicy food and kept our jackets on the whole time, we thought our noses might fall off.  Well, OIC-Only in China!!! 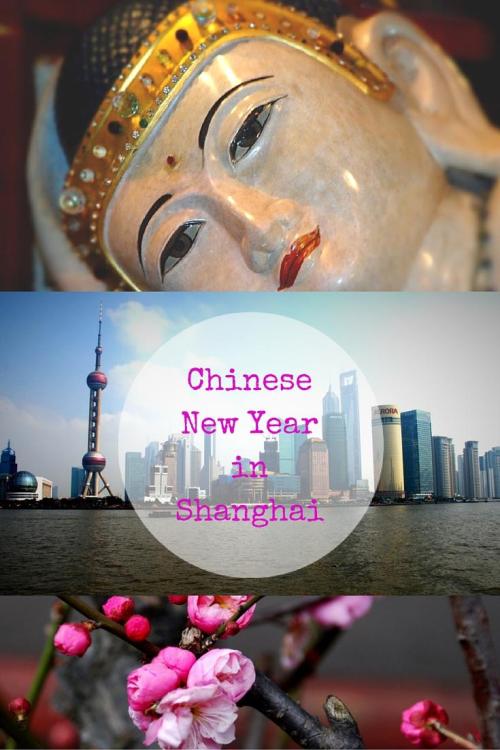 On Sunday, we went to the Jade Buddha Temple and that was the first time that I was cheated by the cab driver.  He had a faked meter and we paid the outrages amount of $10 for a 15 minute cab ride!!!  Well, in the end he made a couple extra bucks and Lisa and I have yet another funny story from Shanghai that we will never forget!!!  After we visited the Lama temple, we went back to the Bund, took the Tourist tunnel to Pudong and went up the Pearl Tower.  We took some amazing pictures, especially of the “soon-to-be-highest-building-in-the-world-if-they-are-not-beaten-by-Dubai”.  In the afternoon we went to the City Development Center, which has an amazing model of the city.  I had been there on a previous visit, but I really did not mind seeing it a second time.  When we were kicked out from the CDC, we went to Xiantiandi, first for dinner at a nice Brazilian restaurant and then for a nice German beer at the Paulaner.

Well, it seemed our luck came to an end on our last day of our Chinese New Year in Shanghai trip, as Lisa and I were both not feeling well at all.  We stayed in our room all day and took turns using the bathroom.  I don’t want to go into details, but let’s just say it was not nice and we even thought about canceling our flight.  Well, luckily we felt better in the evening and we made it without any accidents to the airport and back to Beijing.

Even though the end was not really nice, we still had a great time in Shanghai.  It is a fascinating city and I can understand why China hopes that Shanghai represents the China of the future.

Want to read what happened after my Chinese New Year in Shanghai adventure? 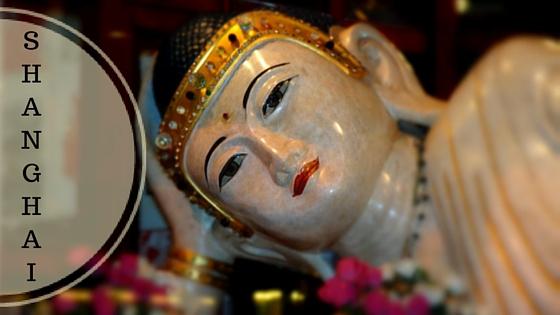 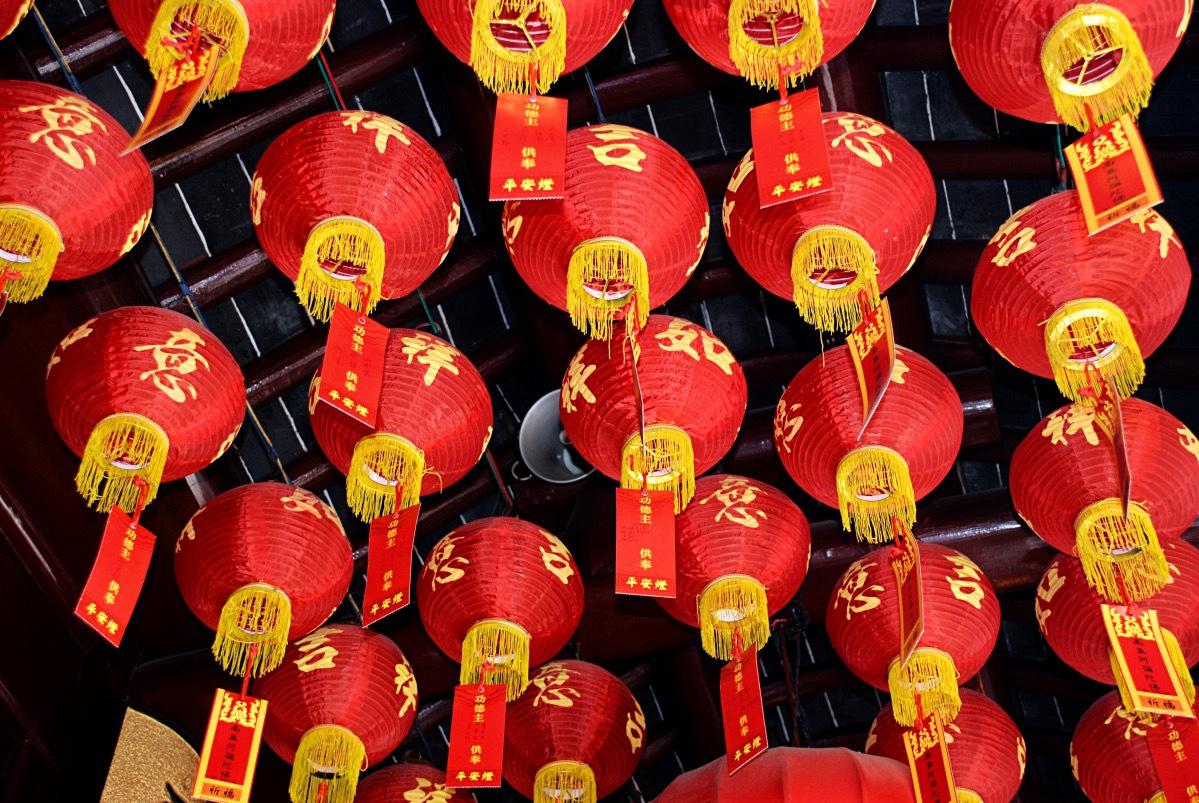 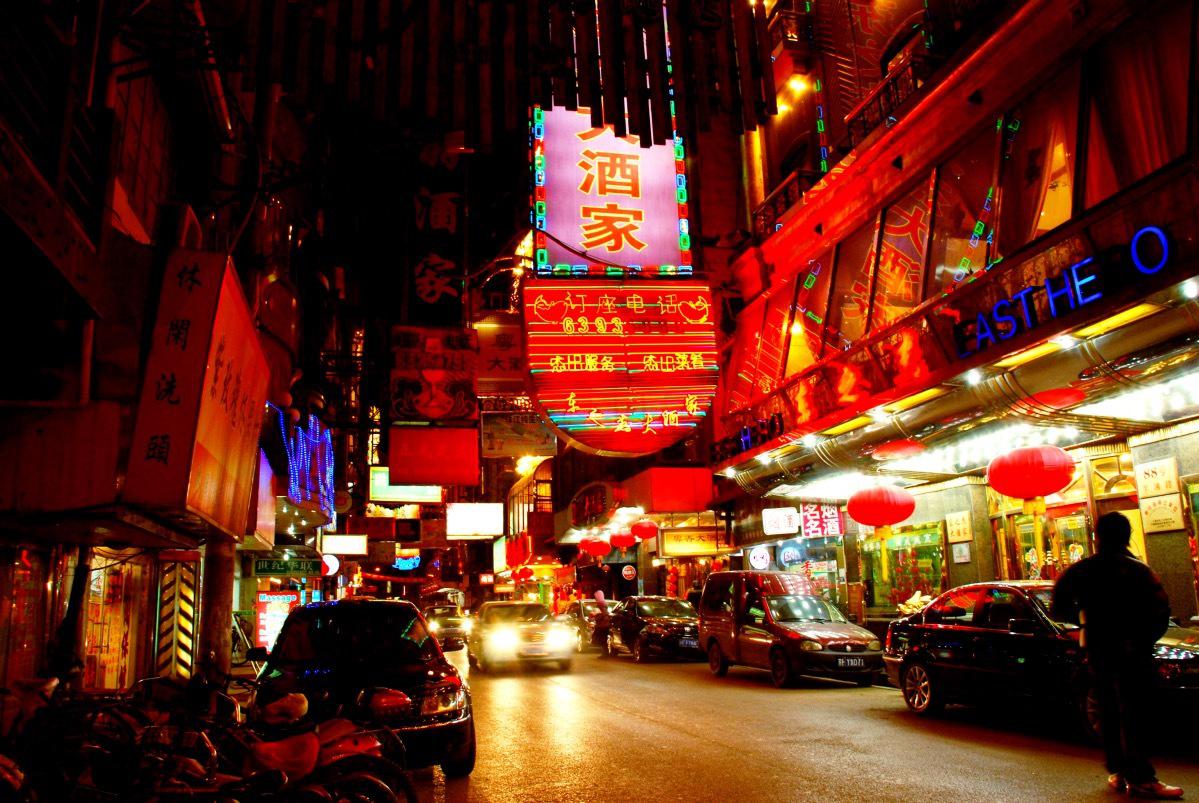 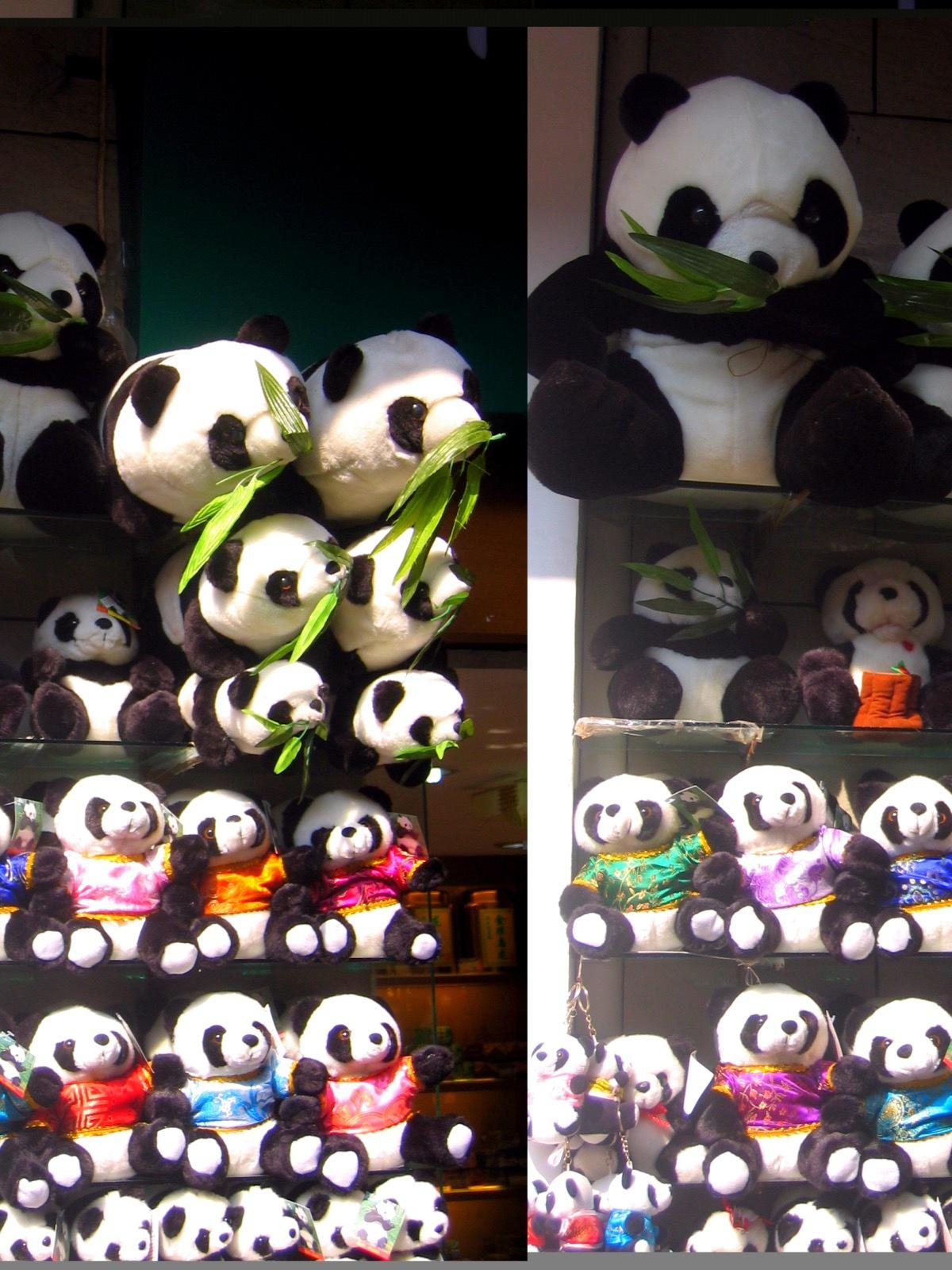 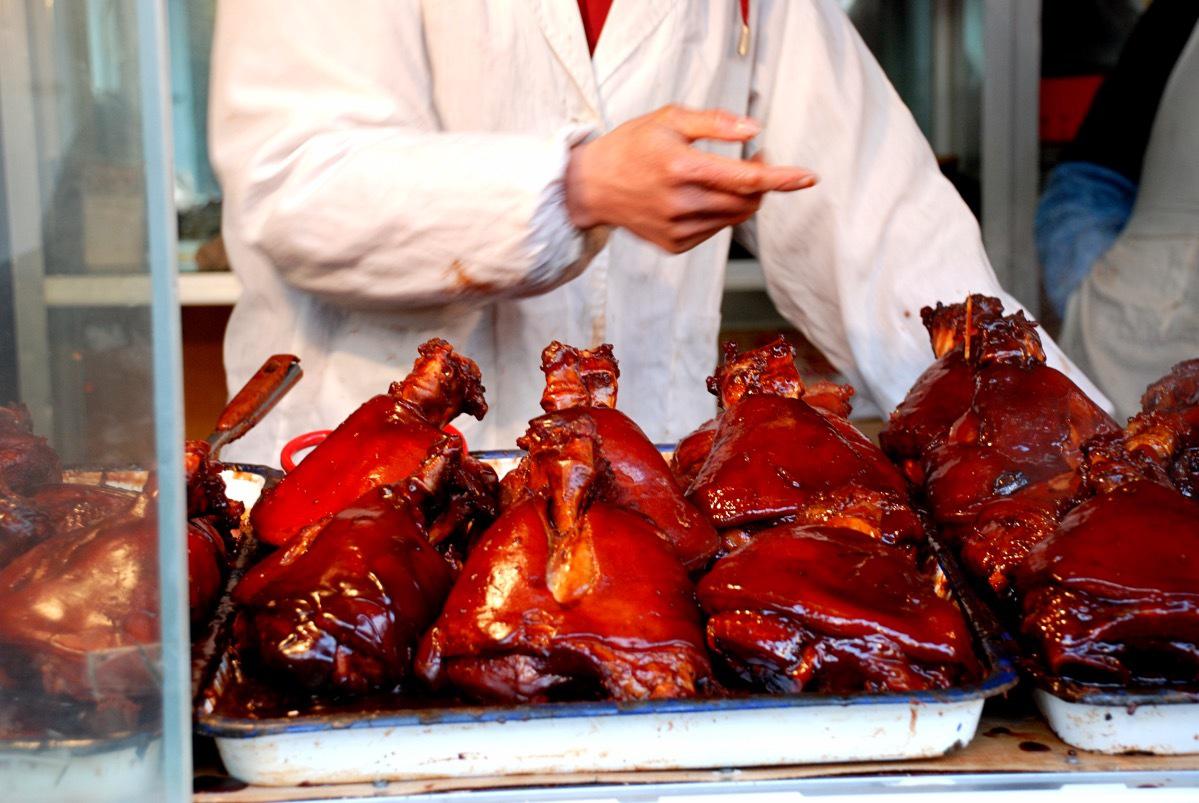 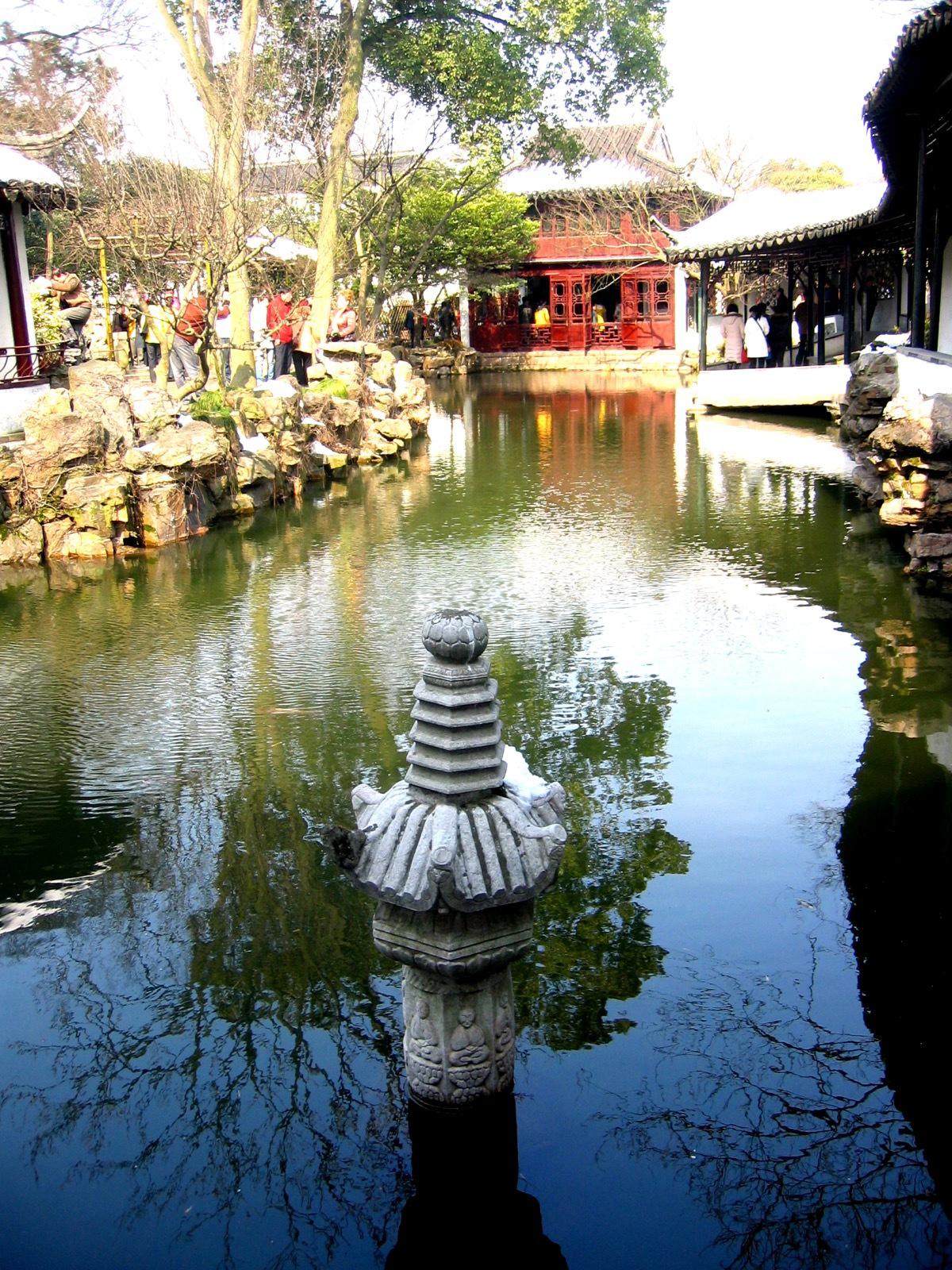 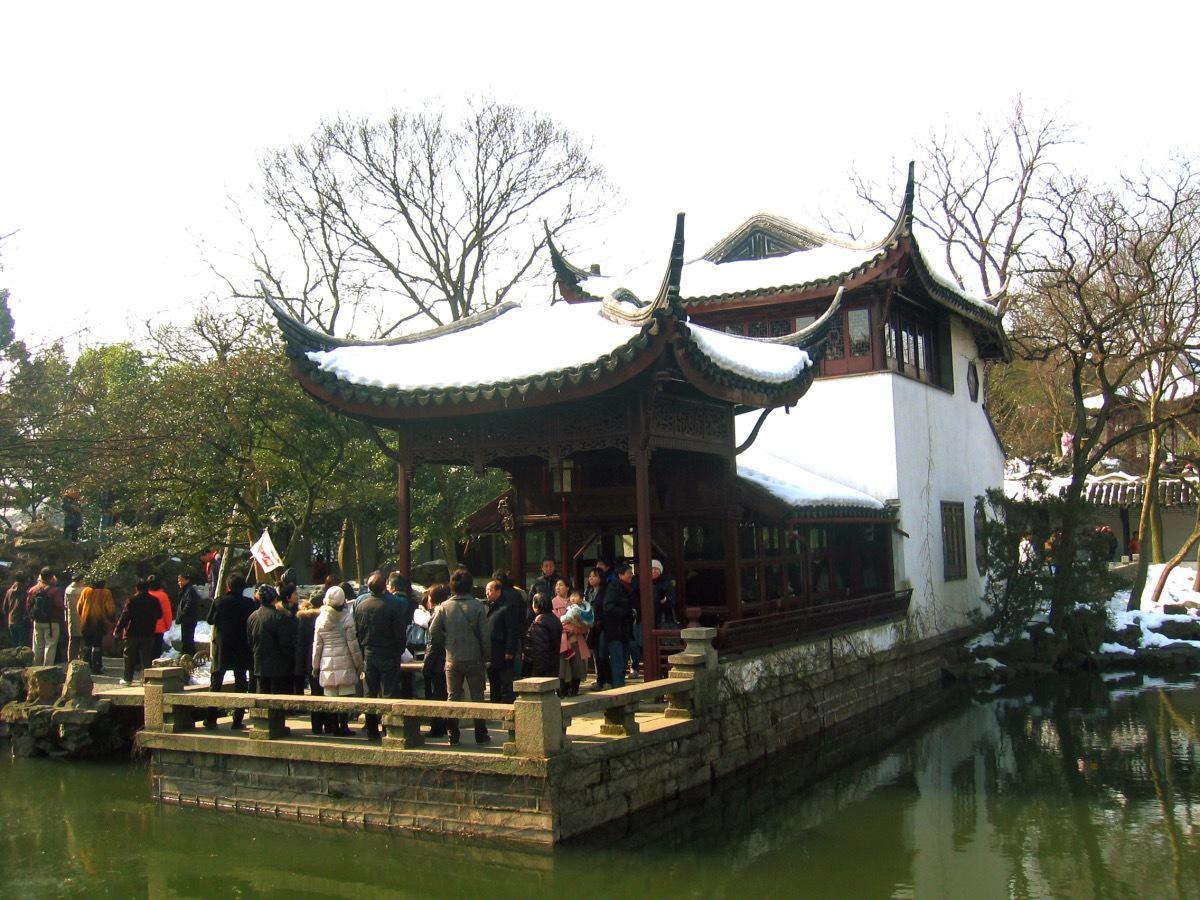 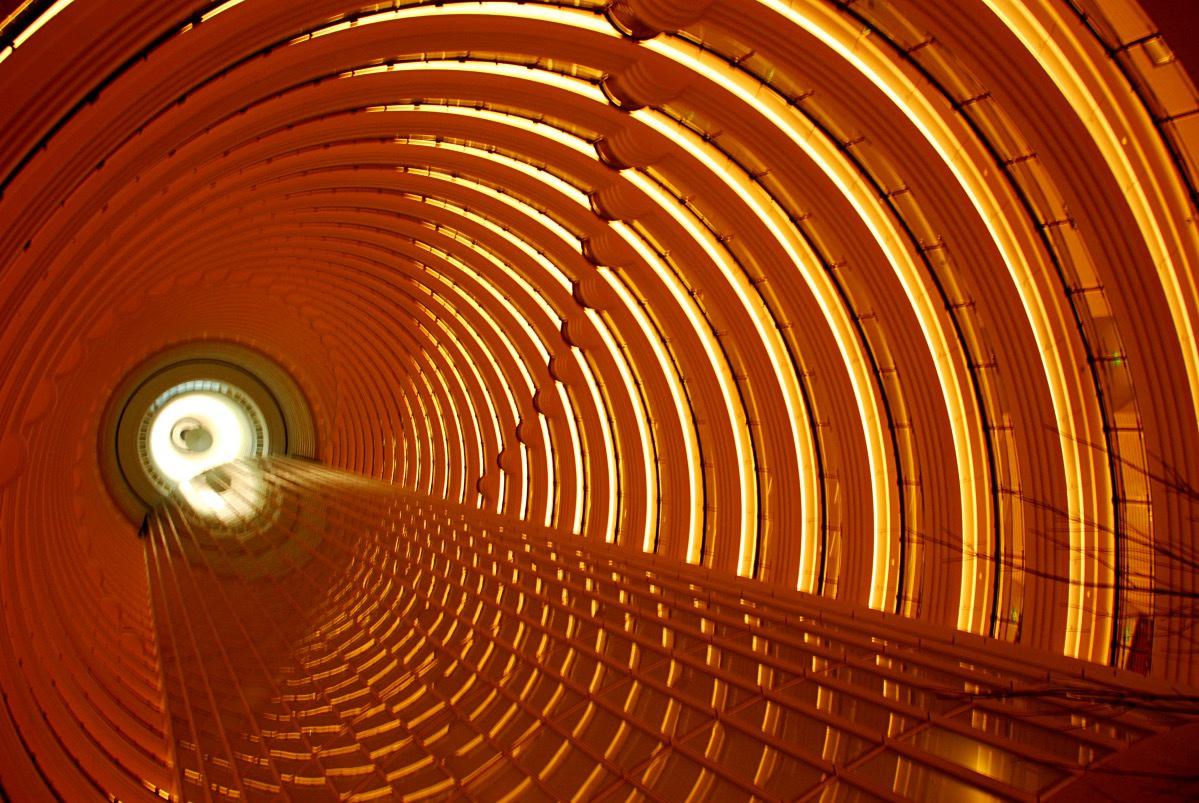 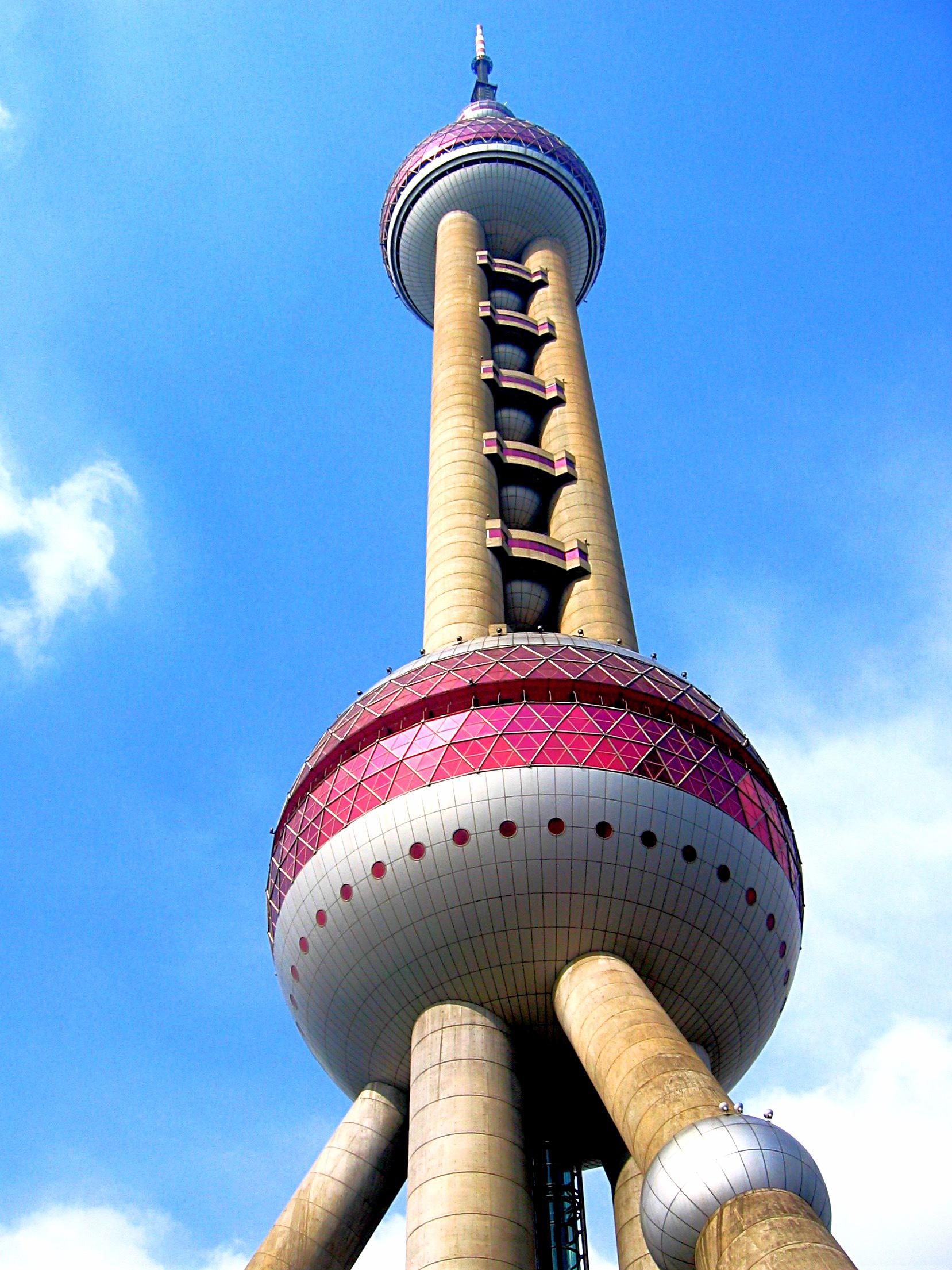 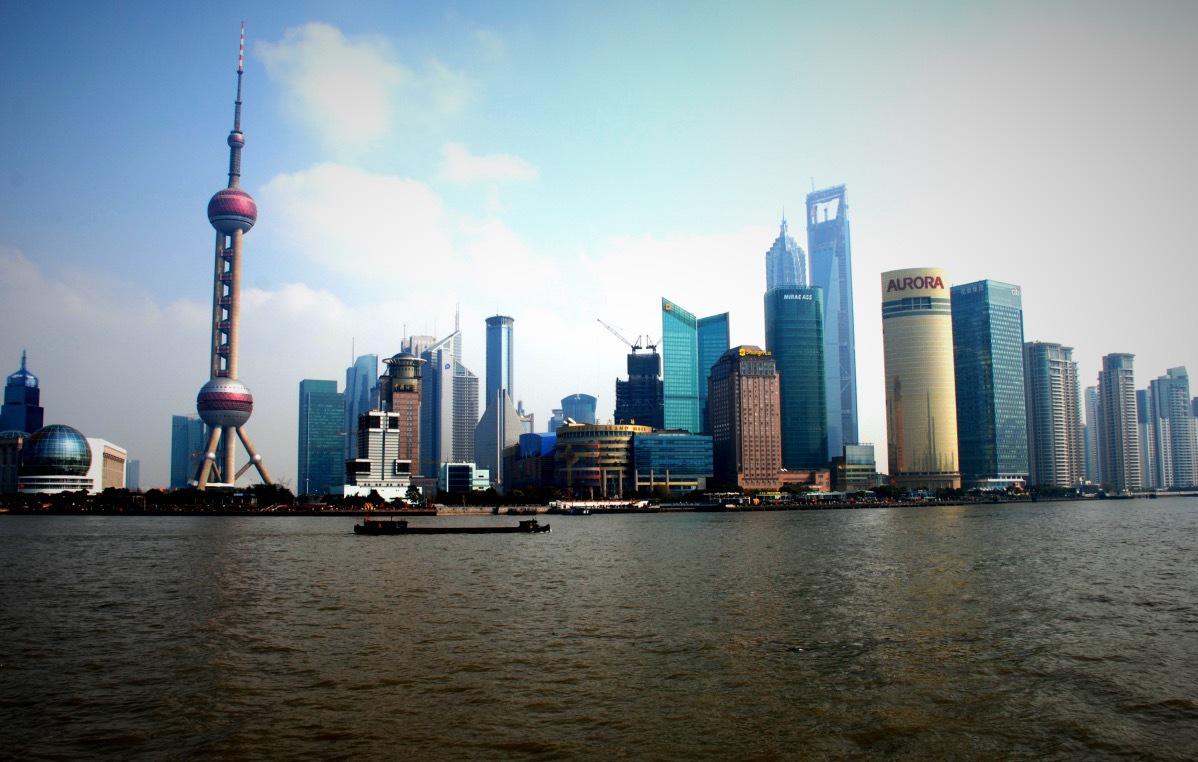 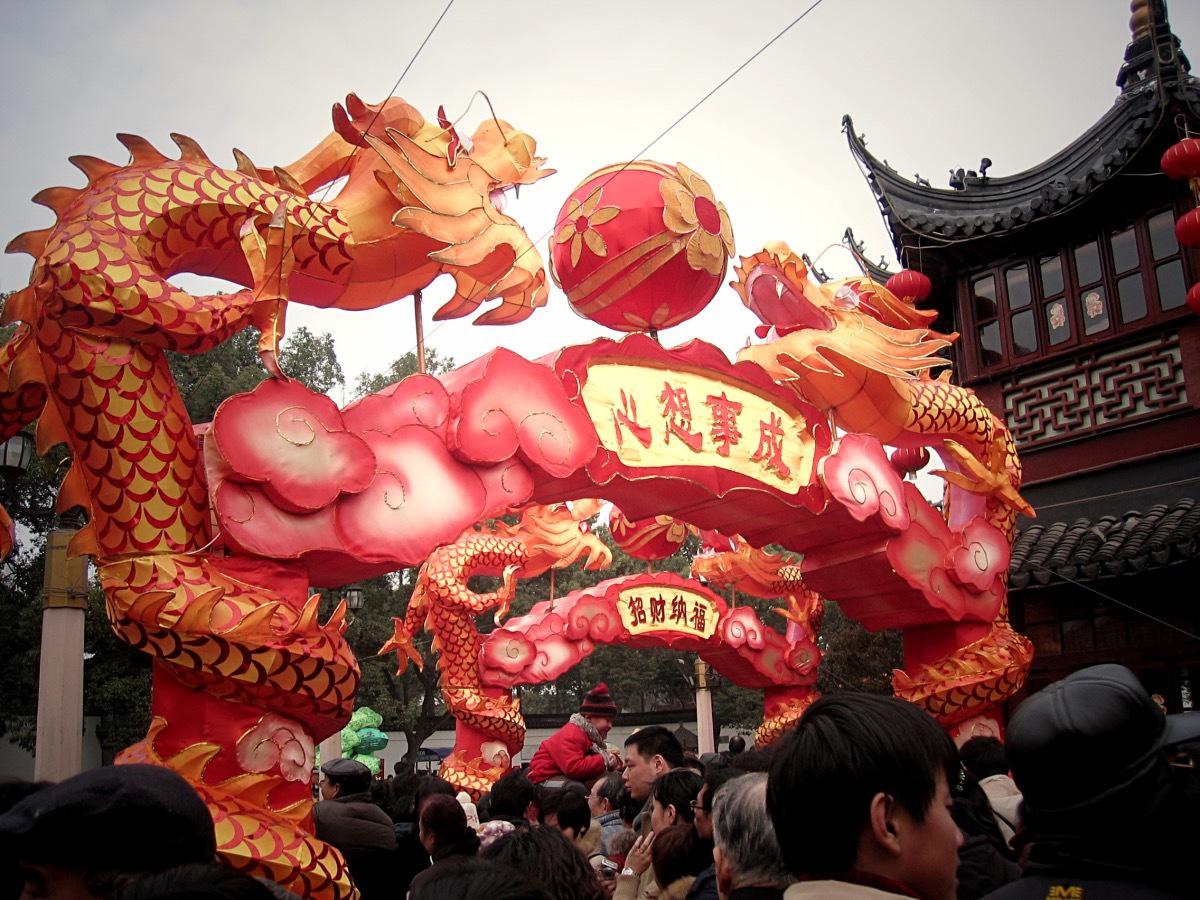 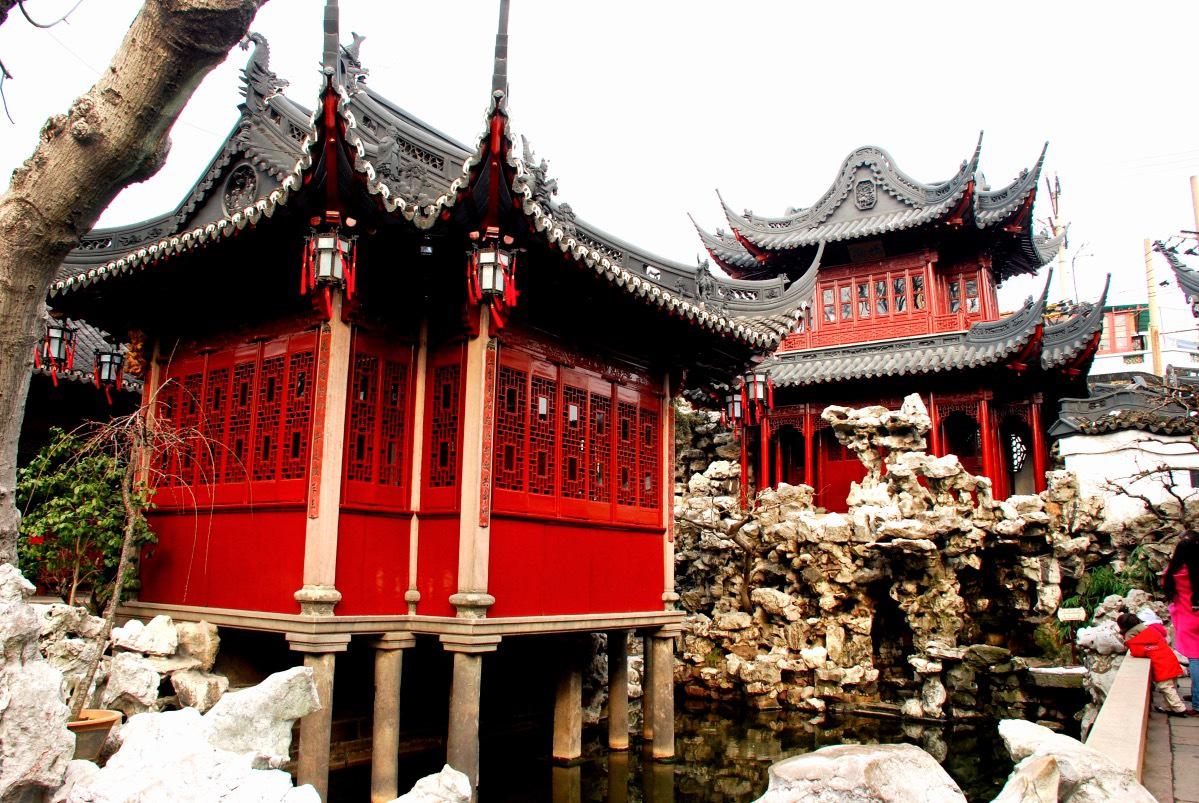 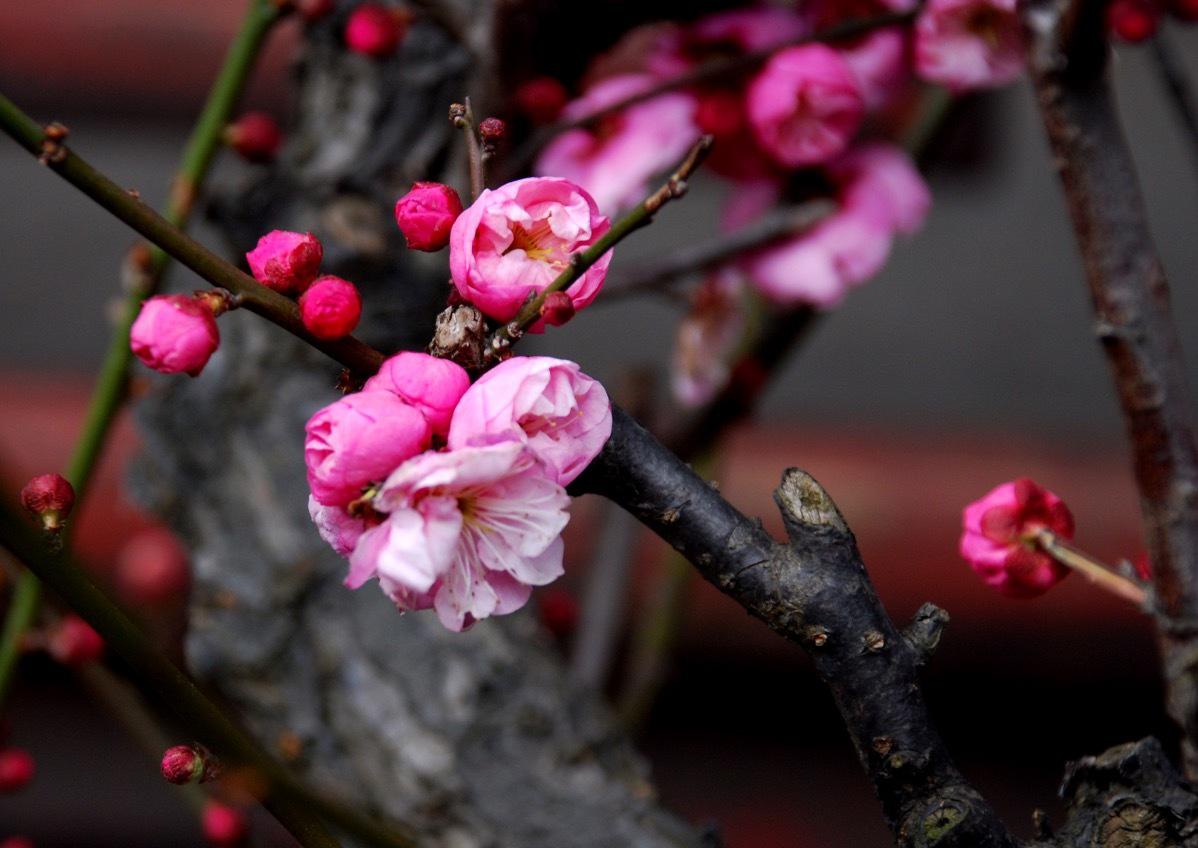 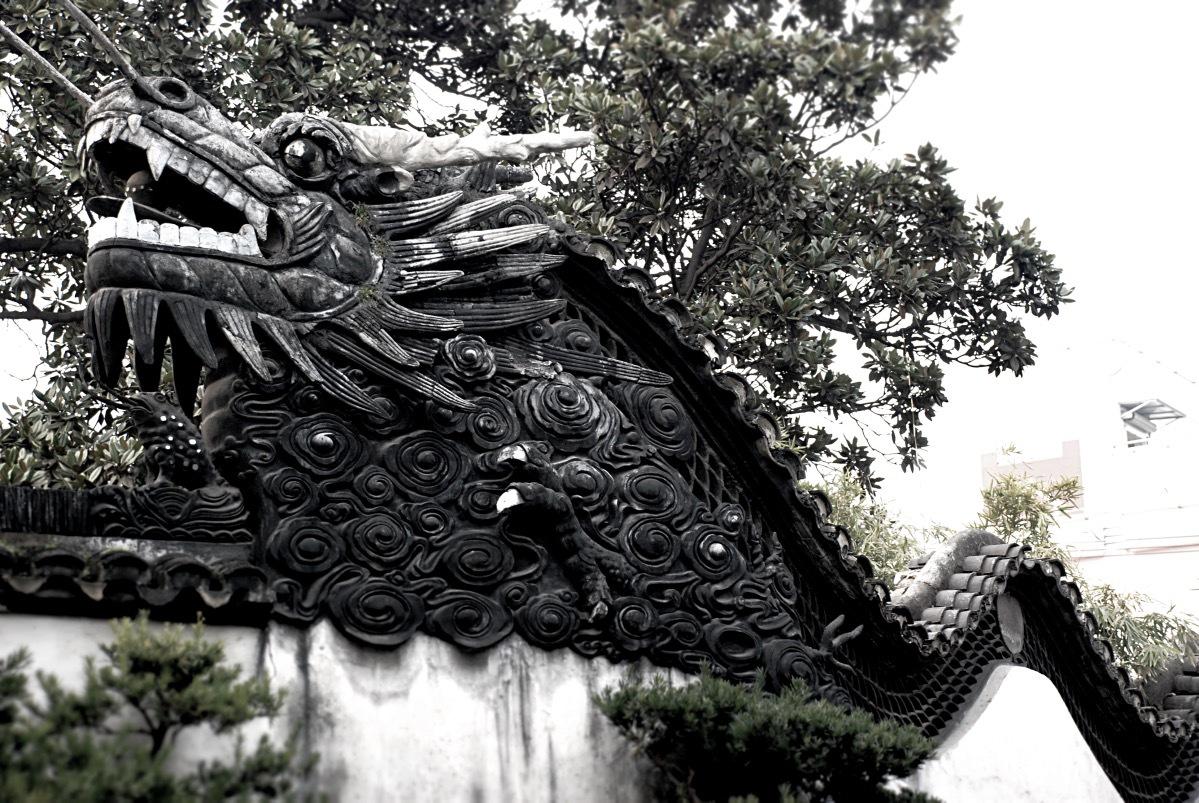 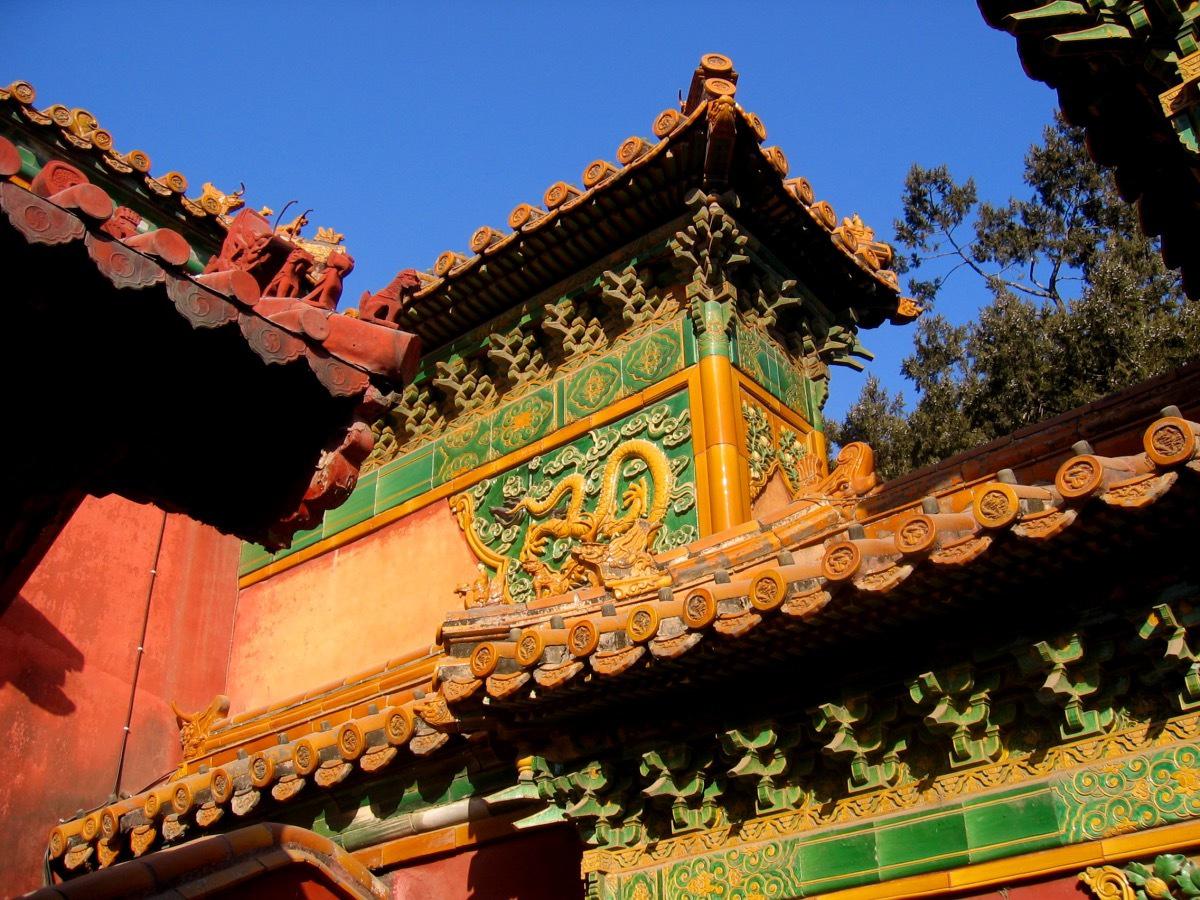 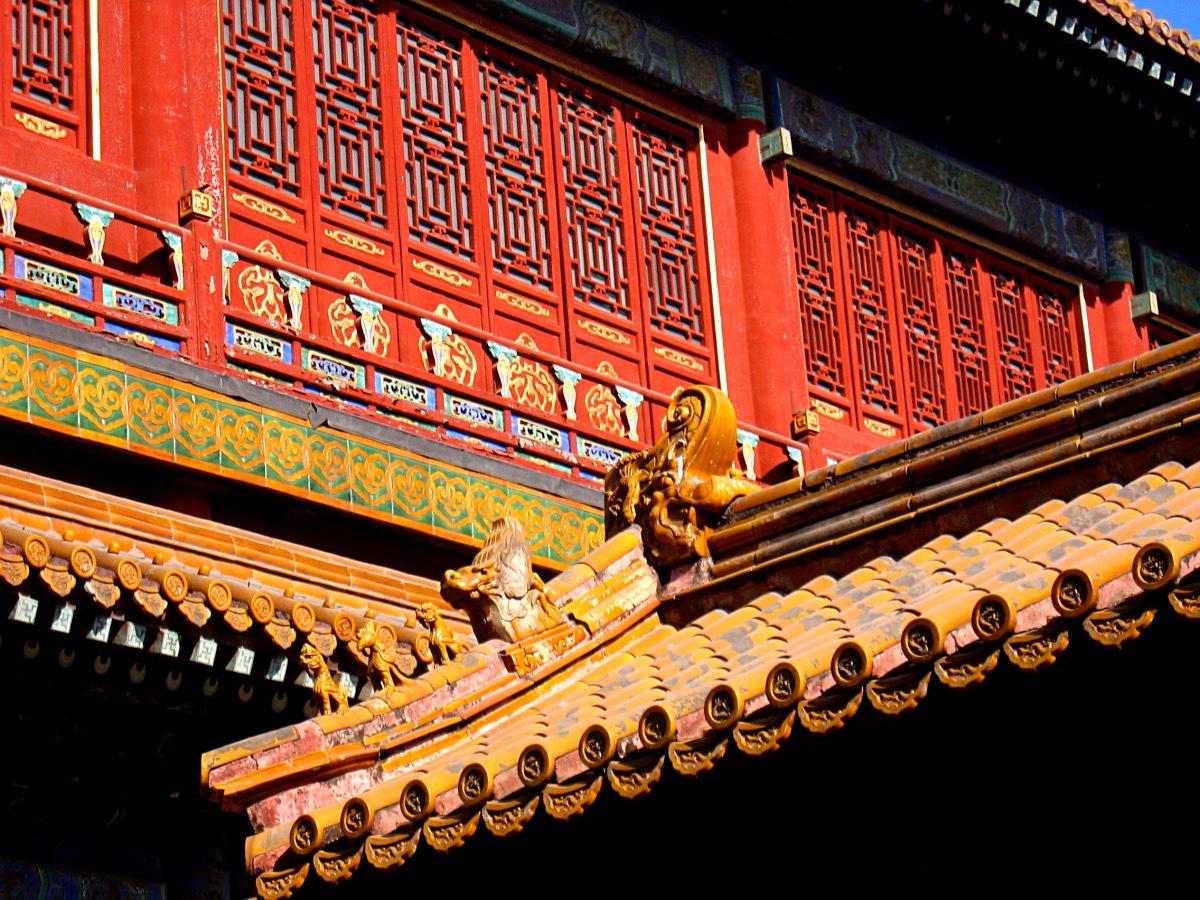 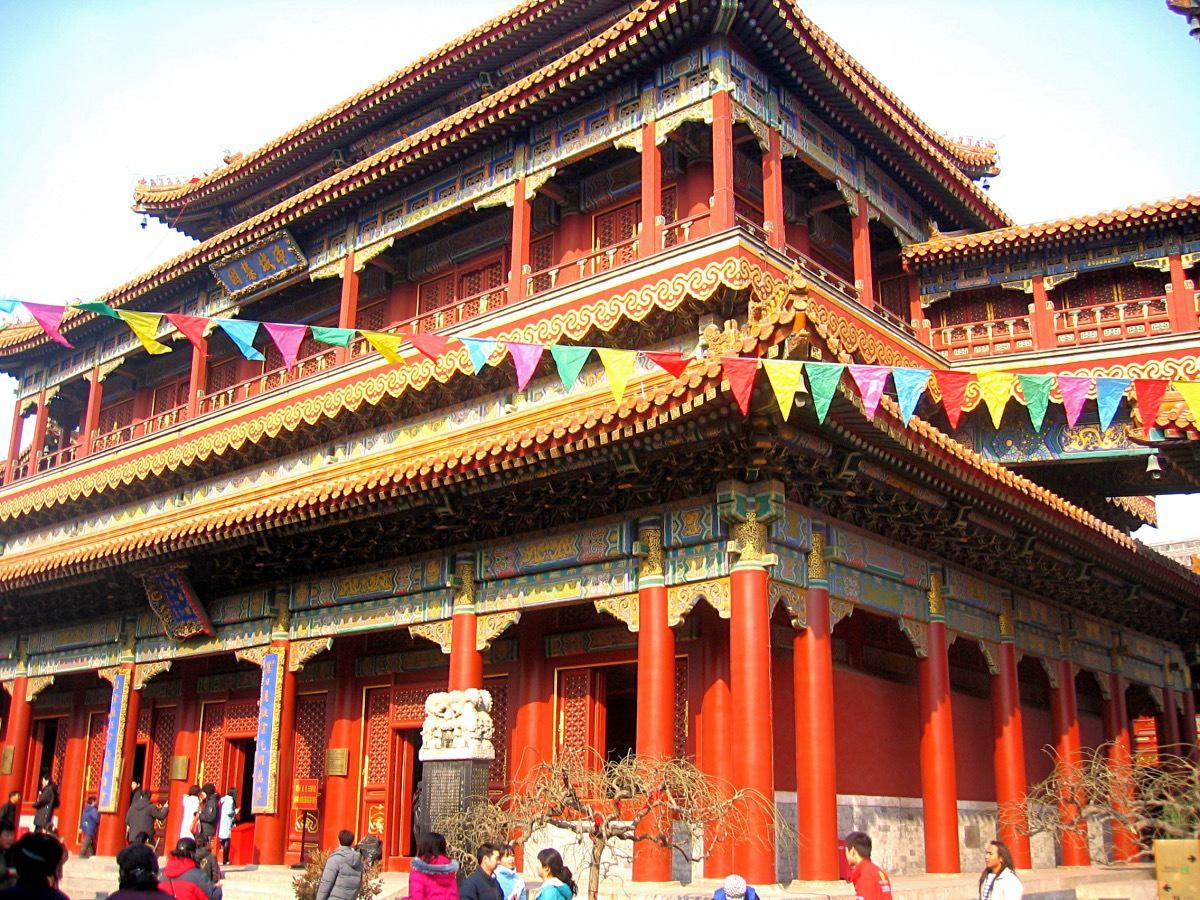 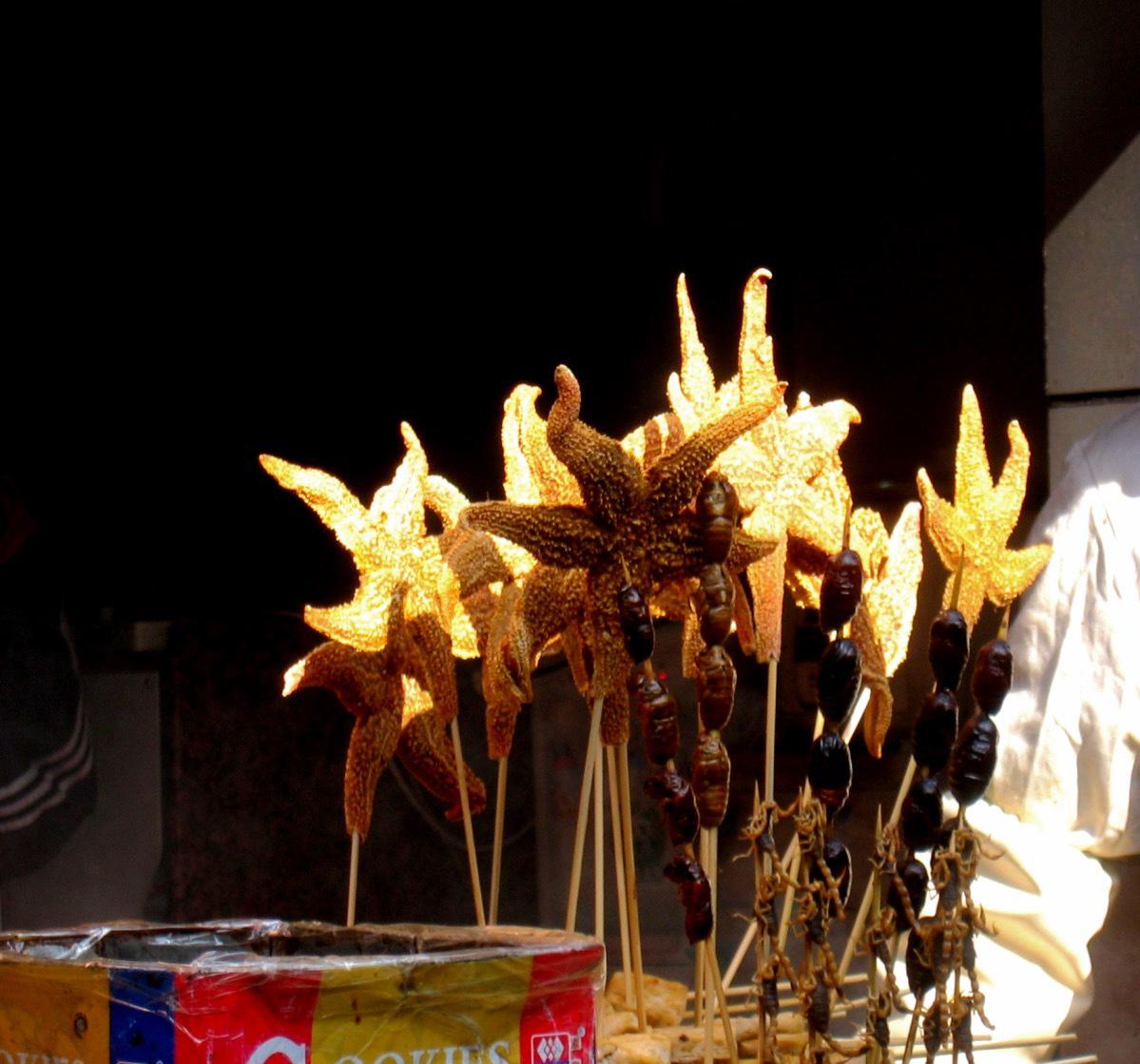 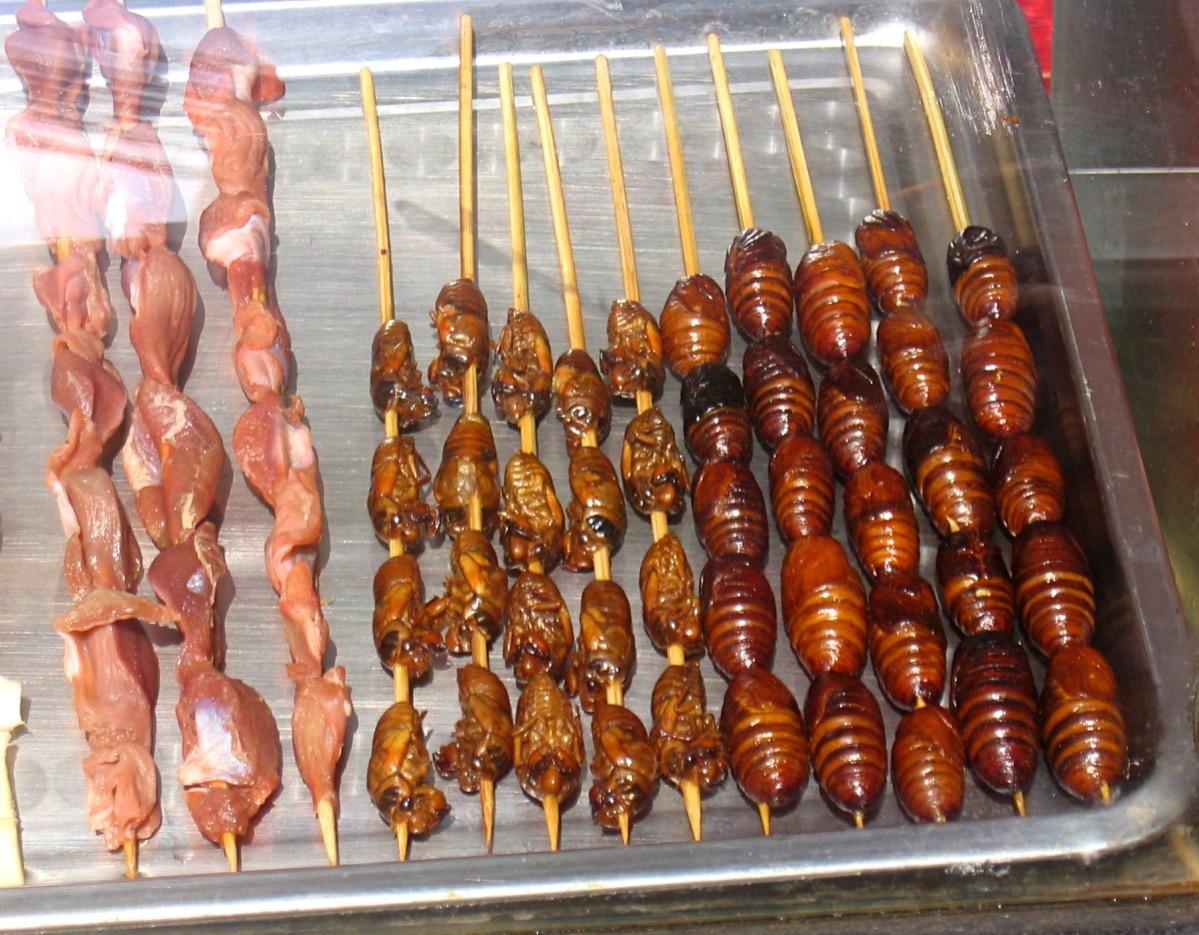 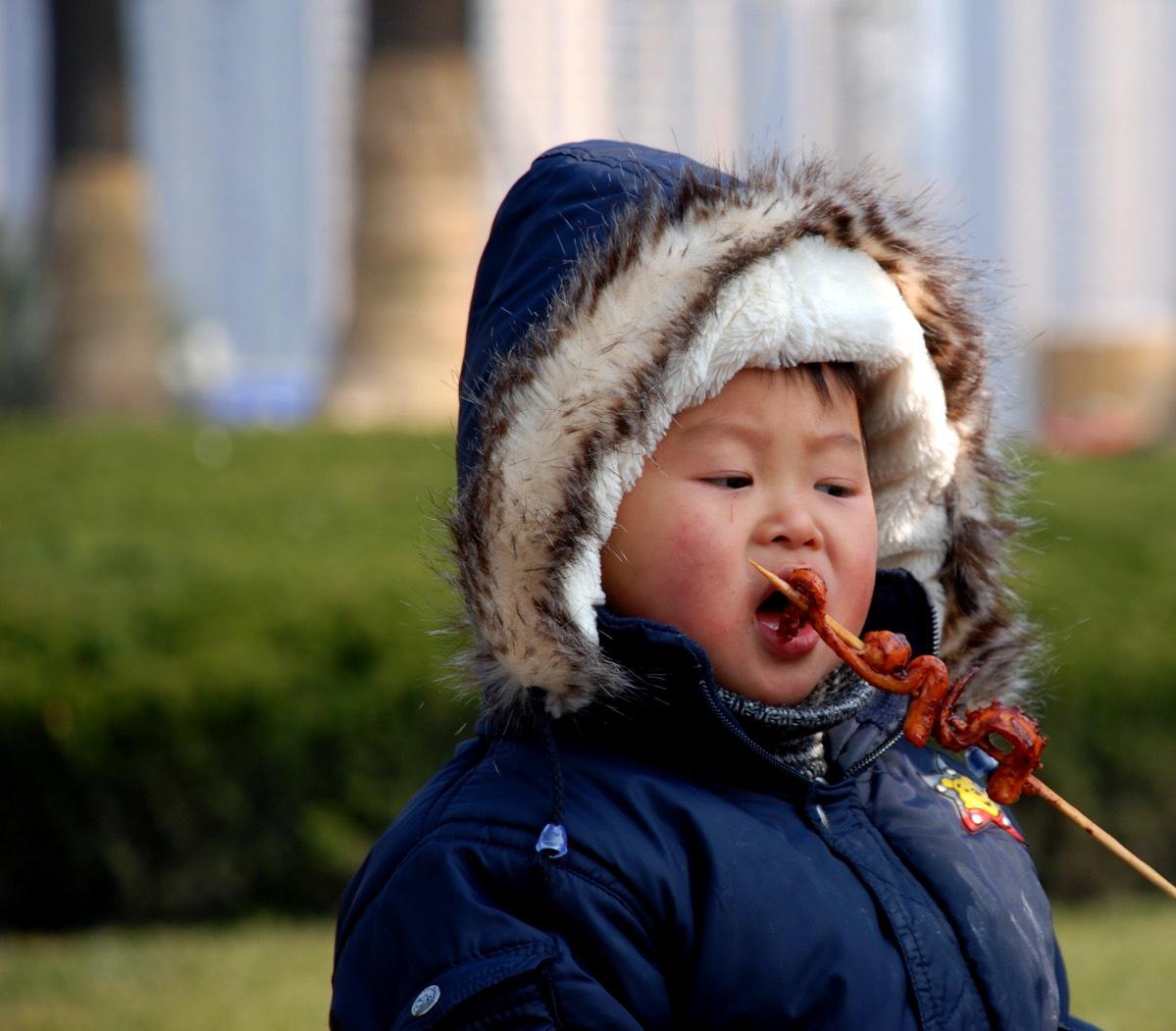 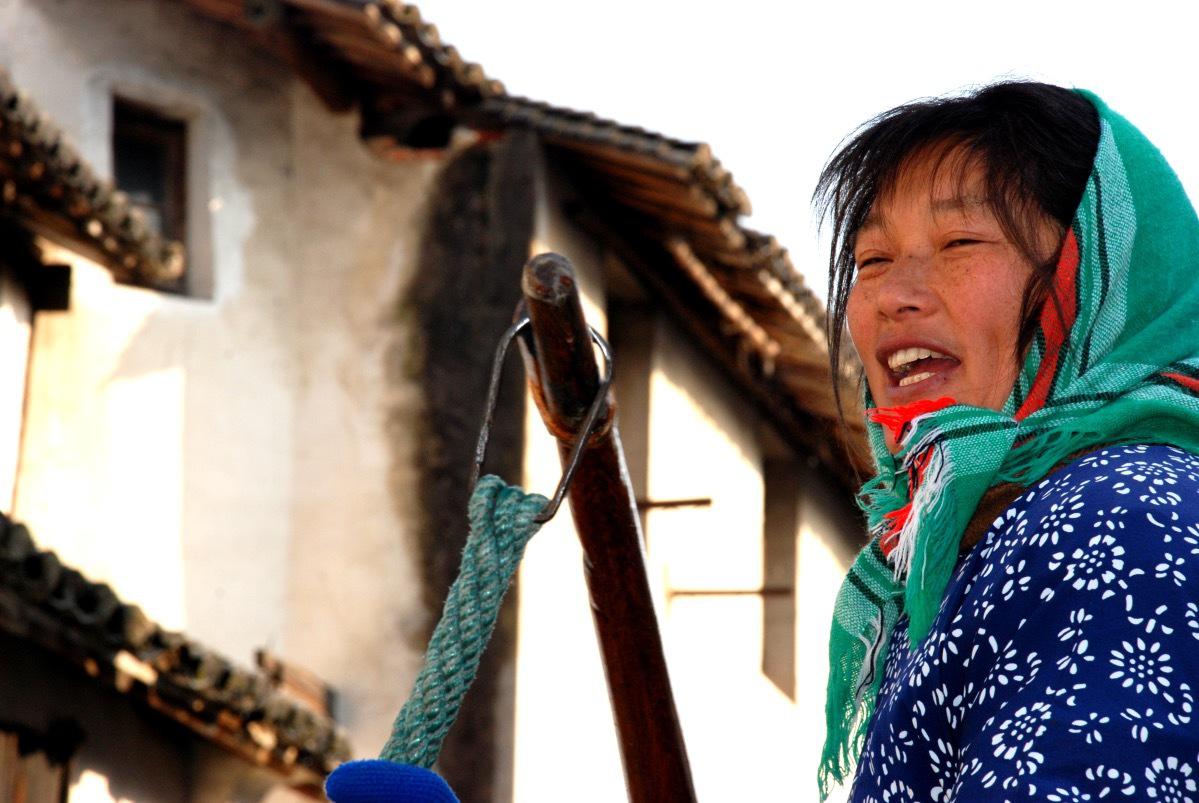 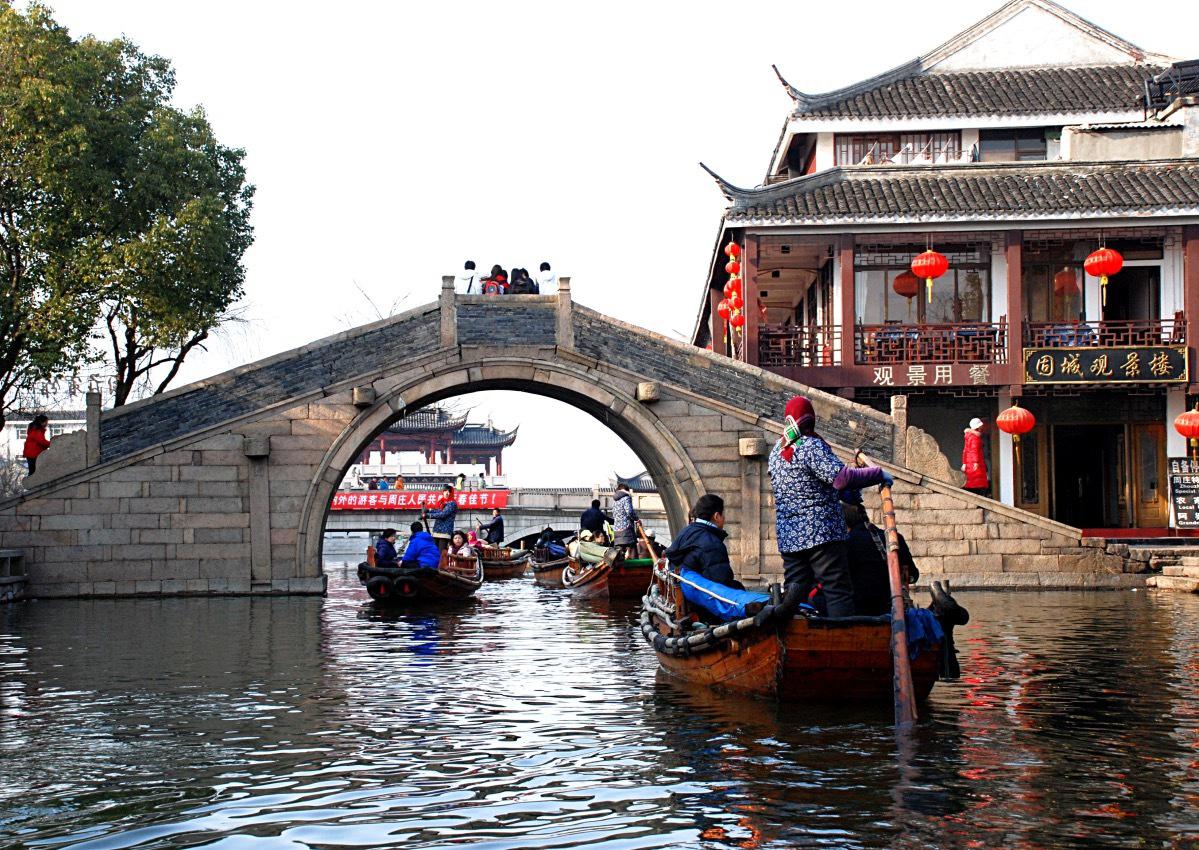