Nagoya Food: Top 8 Dishes You Have to Try in Nagoya, Japan 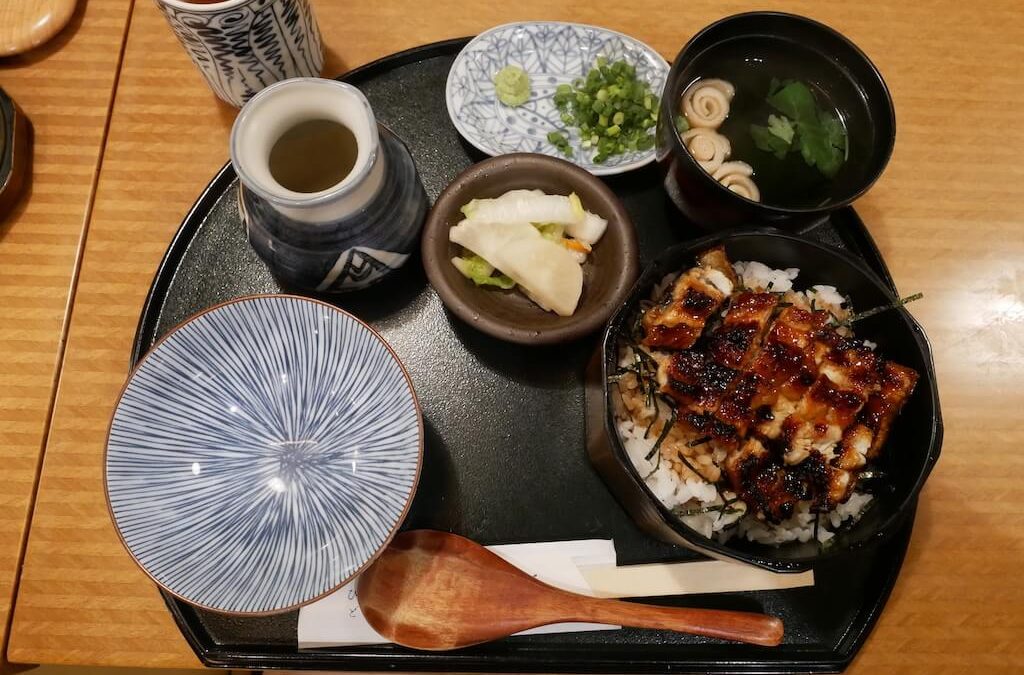 Nagoya Food: 8 Best Dishes You Have to Try in Nagoya, Japan

If you love Japanese food and you are planning a trip to Japan, there is one place you cannot miss when putting together an amazing foodie itinerary, and that is Nagoya.

Japan’s 4th largest city by population is often overlooked by travelers and even deemed boring by some people (probably only by those who have never been there). Nagoya actually has as much to offer as other cities, and in my opinion, it is even better than Osaka (but don’t tell that to anyone from Osaka okay?). And especially Nagoya food has a reputation as one of the best in Japan.

Nagoya is a great place to visit not only because of the really cool sights, of which there are many (check out my Nagoya itinerary if you are wondering what to do in one day in Nagoya), but the food is the real highlight here.

Nagoya Meshi, as the local food in Nagoya, is called is unique to food in other parts of the country mainly due to special ingredients found only in the region, or the inventiveness of Nagoyan shop owners who create amazing dishes that go mainstream.

This is a list of the top 8 foods you have to try in Nagoya!

Hitsumabushi really tops the list of the 8 Nagoya dishes you must try – it is my favorite Nagoya food, period.

The dish consists of grilled freshwater eel (called Unagi in Japanese) dipped into a dark and sweet sauce made from soy sauce sweet rice wine called mirin and sugar, and then put on a bowl of rice.

In the case of Hitsumabushi, this rice bowl is called Ohitsu and that is where the name Hitsumabushi comes from. An Ohitsu is a traditional container in which to put steamed rice after it is finished.

At any given restaurant Hitsumabushi is served on a tray with the Ohitsu as the centerpiece surrounded by an empty bowl, a spoon usually made from wood, Tsukemono (Japanese pickles), soup, condiments like Wasabi, green onion, and Sancho pepper, and a small pot containing tea or broth.

Hitsumabushi is a special kind of dish because of the way it is eaten, you might even call it a ceremony. You split your serving of Hitsumabushi into four parts.

The first portion is for you to taste the original flavor of eel with rice. So, put it in your little empty bowl and just eat it as it is.

To the second portion, you can add some of the condiments provided and see how the flavor changes. I love to add Sancho to my Hitsumabushi.

The third serving is really special because you pour some of the tea or broth over your eel with rice and turn it into Ochazuke. You can also add some condiments, I love to add Wasabi to give it just a little bit of the fresh spiciness.

And the final serving is for you to enjoy however you liked best. I love Ochazuke and so that is how I eat my last portion of Hitsumabushi.

One of the best restaurants to try Hitsumabushi in Nagoya is a little traditional shop called Hitsumabushi Inou. They have one restaurant in Sakae district, the downtown area of Nagoya and one conveniently close to Nagoya station in the Esca underground shopping street on the west side of the station.

A normal serving of Hitsumabushi costs around 3000 yen (30 US dollars) but if that is too expensive for you you could either share it with someone else or order a mini Hitsumabushi which is around 1800 yen (18 US dollars).

The Nagoya-style variation called Miso Katsu uses a different kind of sauce for the dish, a sauce based on Hatcho Miso, a special red Miso found only around Nagoya.

Hatcho Miso is made from soybeans only (whereas other kinds of Miso add other ingredients such as barley, rice or buckwheat) and is fermented for a very long time (up to 3 years). This gives the Miso its characteristic strong flavor and very dark red-brown color.

Miso Katsu is served for lunch at many coffee shops around Nagoya but the best restaurant to try Miso Katsu is Misokatsu Yabaton. The restaurant has been serving Miso Katsu for 70 years and it has perfected the Miso sauce they put on their deep-fried pork cutlets by using 1.5-year-old Hatcho Miso and other secret ingredients.

Misokatsu Yabaton has many shops around Nagoya and even a couple of restaurants in Tokyo and Osaka. That’s how popular their Miso Katsu has become. If you want to try Miso Katsu in Nagoya you can visit either the restaurant in the Esca underground shopping street west of Nagoya station or the one in the Meitetsu department store to the south of the station. Both restaurants usually have long lines around lunchtime, so be prepared to wait a bit.

Miso Nikomi Udon is another Nagoya specialty made with Hatcho Miso. Udon noodles are served hot and bubbling in an earthenware dish with a Miso based soup topped with ingredients such as chicken, egg, Shiitake mushrooms and green onions.

This dish is perfect for cold winter days after a long day of sightseeing in the city.

The best restaurant to try Miso Nikomi Udon is Yamamotoya Honten. They serve the standard Miso Nikomi Udon as well as seasonal variations with different toppings. One serving costs around 1300 yen (13 US dollars).

You can find multiple outlets of Yamamotoya Honten in Nagoya. One is located in Sakae district, another can be found in the Esca shopping street at Nagoya station and there is also one in the new food town close to Nagoya castle. All of these shops are popular and there might be a line during lunch hour (around 12 o’clock). But the wait is worth it to have unique food experiences in Nagoya.

Kishimen noodles are similar to Udon noodles, they are just flatter and broader and therefore have a different cooking time and texture. They are traditionally served only in Nagoya in a hot broth topped with steamed fish cake, boiled spinach, dried Bonito flakes, and spring onions.

But there are many other variations you can order including curry Kishimen, Kishimen with Tempura or cold variations like salad Kishimen or Oroshi Kishimen (with grated Japanese radish and a lemony soy sauce).

The most famous restaurant serving Kishimen in Nagoya is Miya Kishimen. They are so famous and popular in Nagoya that their raw noodles are even sold as souvenirs at every souvenir shop in the city. Japanese love to take home the delicious noodles to prepare and remember their trip to Nagoya.

One of the Miya Kishimen restaurants is located directly on the premises of Nagoya’s most important Shinto shrine the Atsuta Jingu. This restaurant has a makeshift feel to it but it has been a staple of local food culture for many years. Try their signature dish called Miya Kishimen (creative right?) or some other variation of Kishimen after exploring the shrine grounds and making a wish.

Tebasaki are Japanese style chicken wings. These wings are deep-fried twice without any batter to really bring out the crispy skin and juicy meat in them. They are then covered in a mixture of spices, a secret closely kept by each restaurant or Izakaya serving Tebasaki in Nagoya.

Tebasaki are a snack enjoyed at Japanese bars called Izakaya with a glass of ice-cold beer or maybe even some Japanese Sake.

One of the most easily accessible Izakaya to try Tebasaki in Nagoya is Sekai no Yamachan. This Izakaya chain specializes in the chicken wings and actually serves lots of other local specialties as well. It is a relatively cheap place to have a couple of beer and eat some food with friends or coworkers after work or on the weekends.

There are countless Sekai no Yamachan restaurants in Nagoya and even in other cities in Japan. It is easiest to just input ‘Yamachan’ in your Google Maps and you will find the closest establishment in no time.

Ankake spaghetti is a local invention. Spaghetti is served in a spicy peppery tomato-based sauce topped with either ham or vegetables or both. The dish doesn’t look like much but it is very delicious.

They serve different variations of Ankake spaghetti with different kinds of toppings such as egg, fried prawns, pork, meatballs, and even bacon. Depending on the toppings the dish costs between 700 and 1100 yen (7 to 11 US dollars).

Spaghetti House Yokoi has three shops in Nagoya, two in Sakae district, and one close to Nagoya station.

Ogura toast is another Nagoya invention. It was created by a coffee shop owner in Sakae district in 1921. He observed some of his customers dipping toast into Zenzai (sweet red bean soup) and that way the Ogura toast as we know it today was borne.

Ogura toast is made from a thick slice of Japanese toast called Shokupan. The bread is toasted to a perfect golden-brown, where the inside of the toast is still fluffy. It is then spread with butter or margarine and topped with Ogura-an, the red bean paste made from Azuki beans.

This is a delicious breakfast option served in many cafes in the city. Ogura toast fits perfectly with a cup of delicious coffee and is just the right breakfast for a long day of sightseeing in Nagoya.

While you will find countless coffee shops that have Ogura toast on their menu I recommend either visiting Komeda’s Coffee or Coffee Shop Bolsa. They both have multiple outlets all over the city and it is probably easiest to find them just by putting the names into Google Maps.

Coffee Shop Bolsa is the more economical of the two options selling a delicious Ogura toast for 210 yen (2 US dollars), at Komeda’s Coffee it costs 450 yen (4.5 US dollars) more than double.

The last item on my list of the top Nagoya Food to try is Oni Manju. A Manju is what a steamed rice cake is called in Japan. They can be found in many different variations all over the country. The Manju of Nagoya is bright yellow and made with chunks of sweet potato giving them their characteristic shape.

If you want to try some delicious freshly made Oni Manju visit Baikado a sweets shop specialized in this local treat. The Oni Manju at Baikado is so popular that they sell out quickly so make sure to come early.

You can also find Oni Manju in the underground floors of the department stores around Nagoya station and in Sakae district.

Nagoya has a lot of different delicious food only available in the region. These 8 dishes mentioned here are only a taste (pun intended) of all the amazing dishes to be found in the city.

Make sure to check them out when you have the chance and keep your eyes open for other delicious treats while you are traveling in Japan.

Lena is in love with Japanese food and she wants to share this love with all travelers coming to Japan. Her home Nagoya has a lot to offer in terms of travel and unique food culture which she shares with the world on her website Nagoya Foodie. Find Nagoya Foodie on Facebook and Twitter.