11 Things to Do in La Paz Bolivia

by MariaAbroad | This Post May Contain Affiliate Links, Travel | 4 comments 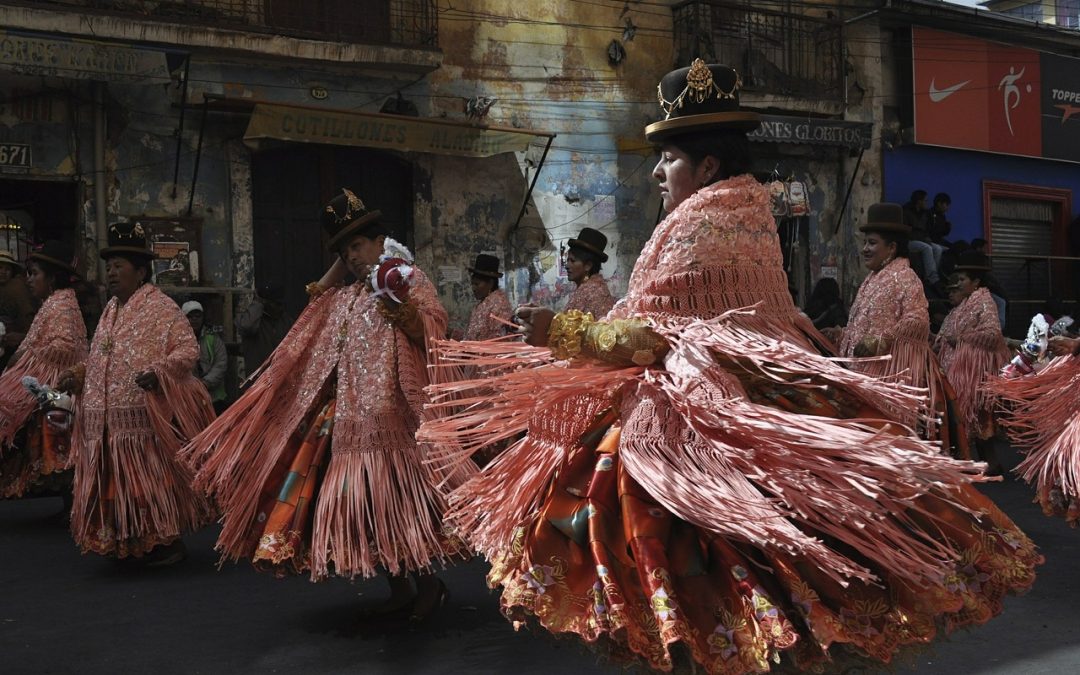 Things to do in La Paz Bolivia

For many travelers, La Paz is mostly a transit place between visiting Peru and Salar de Uyuni. However, the city itself offers many interesting things to do such as visiting the Witches’ Market, learning about coca in Museum de Coca or riding the awesome cable car! Stay a couple of days to rest and get used to the high altitude and explore this marvelous city.

Where is La Paz

La Paz is the highest administrative capitol in the world. It is situated at more than 3,500m (11,482 ft) above sea level. The constitutional capitol of Bolivia is Sucre, however, the government resides in La Paz.

A popular route is to start in Peru and either fly or take a bus from Cusco to La Paz after visiting Machu Picchu. For those that decided to visit Titicaca Lake, there is a night bus from Copacabana direct to La Paz. The best areas to stay in La Paz is El Centro, Miraflores and Sopocachi.

Known by locals as Mi Teleferico, La Paz’ cable car system is one of a kind! The city seems to be ideally located for this mode of transport. Amongst snowy picks of Andeans in a deep valley and at an altitude that makes you slow down your steps when going up even the gentlest hill.

The city’s cable car is ultra modern that it may look a bit out of place and is super efficient. It only cost B$3 for a single ride so take advantage of that and you won’t be disappointed! Embark into 8 people car and lose yourself in admiration of this great city! I promise you’ll see the best views far away from the hustle and bustle of a multimillion urban jungle!

If you are a fan of museums, then you will be for a treat at Calle Jaen. You can get a combined ticket for B$4 to see all four museums here.

Plaza Pedro Murillo is one of the most prominent squares of the city. It is home to the Cathedral and the Presidential Palace. It is where President Gualberto Villarroel was dragged from the palace and hanged on the lamp post. Now his statue stands in the middle of the square to make people remember of the violent times in Bolivian history of democracy.

Another Bolivian President – Domingo Murillo for whom the plaza was named, was also brutally murdered here. Today, the square is a busy place where employees from close by offices, women vendors wearing traditional clothes and tourists alike come here to take a break.

It’s a small museum just off Linares street. You can taste some coca sweets here while going round very educational displays. The museum showcases the very important meaning of coca leafs consumption in the Bolivian society. Coca leaves have a spiritual role, celebratory function as well as many uses in traditional medicine.

For example, Incas conducted brain surgeries using coca leaves as anesthetics! The exhibition also explains the use of coca in the popular soft drink and in the production of recreational drug- cocaine.

The tradition of coca plays a very important role amongst post-Inca nations, and a visit to at least one place explaining this role is a must while visiting South America. When you have finished, you can have a drink in the very cute, downstairs cafe.

If you are looking for a great souvenir to take with you, Linares is the place to go. It’s a pedestrian street with many shops selling artisan goods. You can find some traditional souvenirs here such as alpaca toys, magnets, wooden carved items, hand crafted bags and cushion covers.

You can also buy some souvenirs with a more modern take on Bolivian traditions such as mugs and t-shirts, as well as some high-quality goods.

Witches’ market in La Paz is probably one of the most curious places! This is a place where locals buy herbs and traditional remedies for various ailments. Bolivians come here to buy llama fetus for instance. It is believed that burying it underneath a newly build house as offering to Patchamama will bring the owners luck.

You can also meet fortune tellers here so if you speak Spanish, you can go ahead and use their services! The market is located on the corner of Jimenez and Linares streets.

The church is situated on the busy Plaza de San Francisco known for many protests. Get your ticket for B$20 and in the price you get a private tour of the grounds including the basilica, cloisters and the museum showcasing different religious painting and other artifacts.

The tour also takes you to the garden where you can learn about different herbs and species grown by the monks and used as natural remedies for various conditions. You will be taken to the winery where monks produced their own mass wine. And last but not least, you will climb the very narrow staircase to get to the rooftop! The view is just spectacular, one of my favorites in La Paz.

This is a very curious place where you can learn about Bolivian customs. You can get here with the cable car. The cemetery is right by the station.

Bolivians cremate bodies 10 years after the traditional burial. Then each family buys or rents a glass-fronted space in the cemetery where they place flowers, candles and other types of offerings. There is so many of them at the cemetery, that they started growing them upwards to the point when they look like multi-story buildings!

They sometimes hire a singer to come and play guitar and sing for their deceased relatives. When I visited, I saw one of them. During my visit, I also saw many young artists painting murals what seemed to be a modern take on death theme. Come and check them out, some of them are incredible!

Please remember to be respectful to the place and also don’t wonder around the outside of the cemetery as this neighbourhood is a little sketchy.

If you are a fan of modern street art, then La Paz is a perfect place to spot some gorgeous pieces! Stunning murals can be found everywhere around the city but pay particular attention around Linares Street.

To make the most of your sightseeing and take a free walking tour. Listen to stories and authentic experiences from a local guide. There is no better way to get to know La Paz than to hear all about it from a person that lives in this incredible city!

The Red Cup walking city center tour meets up at the Plaza San Pedro, every day at 11 am and 2 pm. You don’t need to book this one in advance, just show up at the time. The tour guides work for tips, so if you enjoyed your tour, offer a small tip.

If you are an adventure seeker and have a spare day, you should try cycling on Bolivia’s famous Death Road! The Yungas Road stretches from La Paz to Yungas region and is 60 km (~37 miles) long with 3500m (11482 ft) descent!

This road used to be the only route connecting the region to La Paz. Many vendors would take the route to the city to sell their goods but would never make it there. The road is only one lane wide, very steep with a danger of landslide hanging in the air.

But don’t worry! Today the Death Road is one of the major Bolivia tourist attractions and one of the top things to do in La Paz! The road is closed to car traffic and improved to make this scenic route safer for tourists.

Take a Hike in the Moon Valley

The Moon Valley (Valle de La Luna) is located 10 km from La Paz city center. This strangely extraordinary landscape was created by the constant erosion of clay and sandstone rocks. Over the years they were shaped by rain, strong wind and rocks forming the characteristic sharp spires.

You can get to this place via Taxi or bus; it should only take 30 minutes from downtown. The entrance cost B$15. There are two, clearly marked touristic routes. The longer one that offers the most spectacular views takes under an hour to complete.

La Paz was one of the cities that really positively surprised me! If you only had a few hours in La Paz, ride the cable car and admire the city’s breathtaking location.

Mal is a vegan traveler and an advocate for a sustainable lifestyle. She’s been to 38 countries so far and visited 4 out of 7 wonders of the world. Take a look at her Blog: RawMalRoams and Instagram: RawMalRoams

Things to do in La Paz Bolivia – Pin for Later: