by MariaAbroad | Photo of the Day | 0 comments 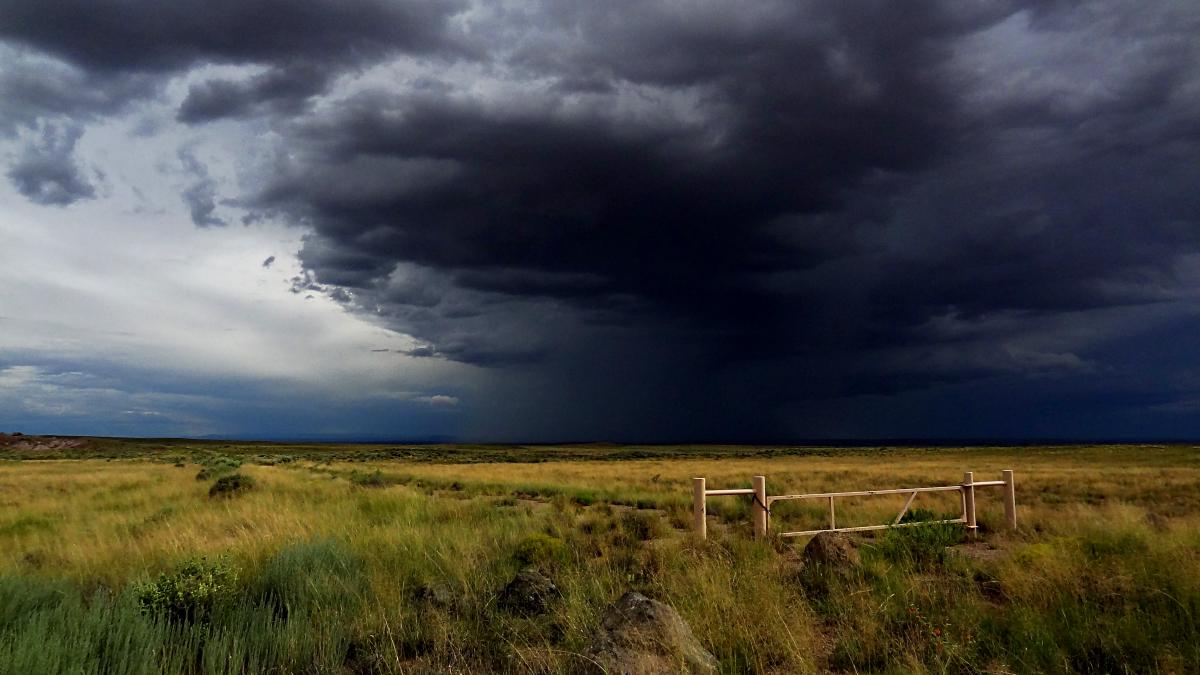 Photo of the Day # 1: Storm over Arizona

This picture of a Storm over Arizona was taken after leaving the Meteor Crater in Arizona, heading north toward Flagstaff. Earlier that day, we visited the Petrified Forest State Park. I highly recommend it. It is much less crowded than the Grand Canyon and it offers some nice hiking into the softly colored layered canyons. The soft, round boulders are so different to the rugged, bright red cliffs of the Grand Canyon. If you have some time to spare and explore Arizona, this is a nice half day trip from Arizona’s main attraction.

The skies grew darker as we followed the snaking silver roads through the wide open landscape of Arizona. The setting sun gave the wavy seas of grass a golden glow – a stark contrast to the charcoal skies. We pulled over at the side of the road, so I could take some pictures. The air felt warm and humid, heavy like a soaked blanket on your shoulders. Breathing became a chore. We watched this mesmerizing play of nature, the sheer power of clashing air pressure that would bring life and destruction at the same time. Then we checked Google maps.We were heading right for the center of the storm. We felt like storm chasers following the action, ill equipped but drawn in by the magic and beauty that nature spoiled us with. Would we make it to our hotel in Flagstaff, driving through this monstrous storm?

We did make it. And we didn’t even get wet. When we arrived in Flagstaff, the storm had just passed through. The clean and fresh air, that only lasts for a fleeting moment after the storm, and refreshing cool temperatures welcomed us to Flagstaff, our gateway to the Grand Canyon.