Top Things to Do in Upstate NY

by MariaAbroad | This Post May Contain Affiliate Links, Travel | 3 comments 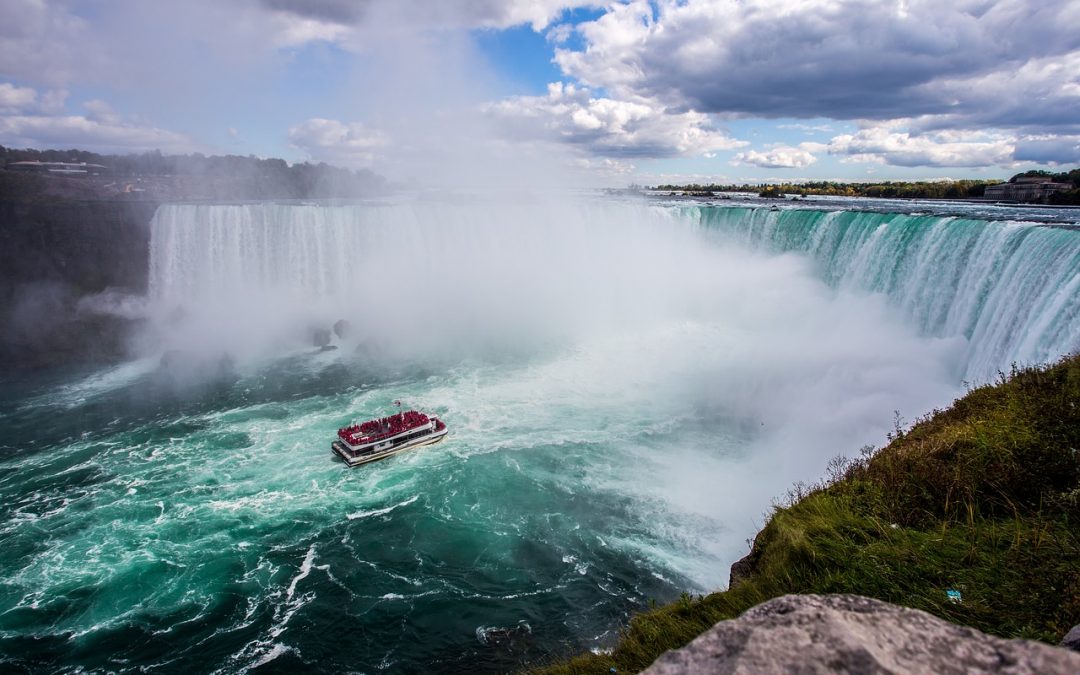 The state of New York is forever associated with its greatest city, New York City. And it’s easy to understand why, as the sprawling metropolis is one of the great cities in all the world. Last fall, I left New York City behind and got to explore some of the top things to do in Upstate NY.

But when it comes to tourist destinations and places to consider making a trip to, the state of New York offers far more than just New York City. There are so many things to do in Upstate NY.

The region is dotted with cities and towns rich in historical tradition and cultural attractions, as befits one of the oldest states in the union. Upstate New York is awash with museums covering all sorts of subjects, from industry to history to sports to just about any topic under the sun.

Further, the area is one of the most naturally lovely in the United States, with the northern tip of the Appalachian Mountains giving the region a picturesque series of hills, peaks, and valleys covered in verdant forests. Outdoor activities like camping, fishing, hiking, cycling, and boating are all possible in Upstate New York.

If you’re mulling over vacation destinations, you owe it to yourself to consider all the things to do in Upstate NY. The destination offers so many notable attractions that it’s virtually guaranteed that you’ll find something that suits your purpose.

Niagara Falls – Things to do in Upstate NY

The first thing you might think of when you consider possible destinations in Upstate New York is probably Niagara Falls. And no wonder – The majestic waterfall (technically, three waterfalls) is one of the most breathtaking sites in North America.

It’s hard to go wrong when visiting Niagara Falls, but there are a few tips to consider to make your trip as memorable and enjoyable as possible.

If you plan to visit the western tip of New York, the city of Jamestown is a great pick. Located just east of Lake Erie, Jamestown has a number of attractions to pass a day or two enjoying. You can read all about my top tips on things to do in Jamestown here.

Notably, Jamestown has the National Comedy Center, a museum devoted to the history of American comedy, featuring the personal archives of legendary comedian George Carlin.

Yet another prime attraction is the Lucile Ball Desi Arnaz Museum, dedicated to Jamestown’s most famous resident, comedian Lucile Ball.

These and a number of other museums, historical sites and centers make Jamestown a pleasant, low-key stop on your trip to Upstate New York.

Yet another town in western New York worth a visit is the village of Ellicottville. Founded in 1820, Ellicottville preserves a small town atmosphere with some picturesque sights and lots of typical things to do in Upstate NY.

Ellicottville features a local brewery and a number of restaurants and is particularly known for its skiing. Holiday Valley is perhaps the most prominent ski resort in the Ellicottville area, and if you’re a fan of the sport it’s well worth a visit.

But you don’t have to be a skier to appreciate the rustic charms Ellicottville offers. The town also boast the Nannen Arboretum just north of the village proper, if you’re interested in communing with nature on your trip.

One of the more unique geographical features of Upstate New York are the Finger Lakes, and the Finger Lakes region has turned into a thriving tourist attraction surrounding them.

The lakes themselves are fascinating – 11 individual lakes, all of which are long and narrow, dug out by the rise and fall of glaciers tens of thousands of years ago. The resulting Finger Lakes have the length and narrowness of a river, and are surrounded by foliage and hilly terrain.

The Finger Lakes region has become New York’s primary wine country, with a number of vineyards operating in the area. If you’re interested in wine tasting, a plethora of option exists in the Finger Lakes area. If beer’s more your thing, the Finger Lakes have you covered, too – The craft brewing scene has exploded at the finger lakes in the past decade.

The Finger Lakes region offers many more attractions beyond their breweries and wineries. Watkins Glen State Park is a lush and beautiful track of unspoiled Upstate New York Wilderness. If speed is more your thing, the Watkins Glen Speedway hosts regular races. And Finger Lakes is also notable for the Corning Museum of Glass, a museum devoted to the history and art of glassmaking.

At the border of New York and Canada, in the Saint Lawrence River, are a series of islands known as the Thousand Islands. Believe it or not, the name sells the area short, as the Thousand Islands are an archipelago of 1,864 individual islands dotting a section of the river, ranging from 40 square miles to tiny outcroppings of rock.

The sights of the Thousand Islands are unlike anything you’ve probably seen, and one of the great pleasures is taking a boat tour winding through the maze of islands.

The Thousand Islands region is rich with history, including sites where pirates used to prowl the Saint Lawrence River. Additionally, the Thousand Islands are known for its fishing, so if angling is one of your hobbies you might want to consider a visit.

Aside from the Niagara Falls, Buffalo has a lot to offer. If you’re a fan of the NFL, you’ve probably seen at least a football game or two hosted by Buffalo’s local team, the Bills. But professional football is only the tip of the iceberg when it comes to what the city of Buffalo has to offer.

Buffalo’s culinary tradition is rich and varied, blending Italian, French, Chinese, Mexican and other notable world cuisines to produce a number of world-class restaurants. And if comfort food is your thing, Buffalo is the originator of the Buffalo chicken wing, an outstanding snack food.

Buffalo hosts more than 60 museums and art galleries and is home to the Buffalo Philharmonic Orchestra. On top of that, the city is rich with history stretching back to the 18th century and beyond. Whether you’re looking to take in a concert, watch a sporting event, sample outstanding food or view historical and artistic sights, Buffalo has you covered.

If you’re looking for a dose of American history, the city of Albany might be just what you’re looking for. The capital of New York, Albany has played a prominent role in the history of the United States since colonial times. In fact, Albany is the single longest continuously chartered town in American History.

If you’re interested in taking in snapshots of life in America, from the time of early settlers to when the nation was young all the way up to the present, Albany is one of the best choices in all the country. The city hosts a wide range of museums and historical sights, all documenting and presenting the rich history of the area and New York state as a whole.

Beyond the historical sites and museums, Albany is also known for a series of free concerts it hosts during the summer months, and for a number of summertime festivals.

In all of the state of New York outside of New York City, the Catskills might be the spot most synonymous with recreation, tourism and leisure. This Upstate New York destination offers both splendid natural beauty and an almost endless array of entertainment options for visitors.

To begin, the natural views of the Catskills have been a drawing point throughout the area for hundreds of years. The Catskills mark a northern extremity of the Appalachian Mountains, with gently rolling hills and valleys interspersed with sharper peaks, cliffs and breathtaking waterfalls. It is also part of the Thousand Lakes region mentioned above, so there are plenty of offers for watersports of all kinds.

The splendor of the Catskills has drawn artists to the region for centuries, and natural vistas of the Catskills have long been a staple in American painting. If you’re at all interested in hiking, the Catskills are one of the most attractive hiking destinations in all of the United States.

The Catskills offer so many things to do in Upstate NY and are also host to a myriad of resorts catering to families and couples. They offer a wide range of diversions and attractions. In the winter, the Catskills offer world-class skiing, and in the summer you can go tubing, cycling, fishing or any of a number of outdoor activities. And if theme parks are your cup of tea, Santa’s Village is one of the oldest theme parks in the US, and is open every June to December.

Meanwhile, the Catskills also offer plenty to do indoors if you’re so inclined. One particularly compelling destination is Boldt Castle, which is well worth the drive if you’re looking to sightsee at a stunning castle nestled in the hollow of an island in the Saint Lawrence River.

All the Things to do in Upstate NY and more…

Rich in history and culture and bursting with sumptuous scenery, Upstate New York is a place everyone should visit at least once. The area features diverse entertainment options that appeal to anyone, from the rugged outdoors person to the American historian to the gourmand.

Whether you’re choosing a single destination point or planning a trip that hits several of these towns and sites, a trip to Upstate New York can be a vacation you’ll remember for years or even decades to come.

Top Sights and Things to do in Upstate NY – Pin for Later: