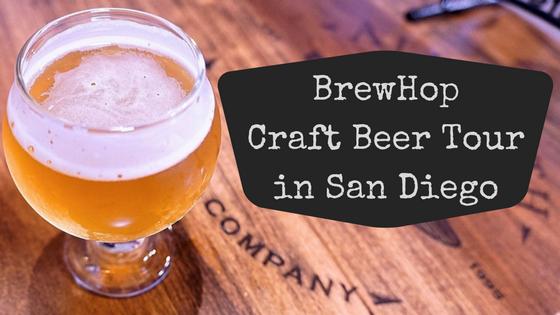 Oh man, I love San Diego and I really miss living there. And the worst part? It seems to have gotten only better since the husband and I moved away 🙁 San Diego is also known as the Craft Beer capitol of the world and since I am a Home Brewer and Craft Beer lover, I always try to incorporate a Brewery tour, beer tasting or something similar during my travels. While San Diego has been a beer hot spot for a long time, it only really took off in the past 5-6 years, just after the husband and I left San Diego. So on our recent trip “back home”, we decided to do a Craft Beer Tour in San Diego! Thank you, BrewHop, for a fun afternoon!

Our BrewHop guide Tony picked us up at my mother-in-law’s house (yay for family visits) and we hopped into our Brew-mobile to get to our first Brewery of the day: AleSmith. And boy did that hot SoCal weather make us thirsty. 😉 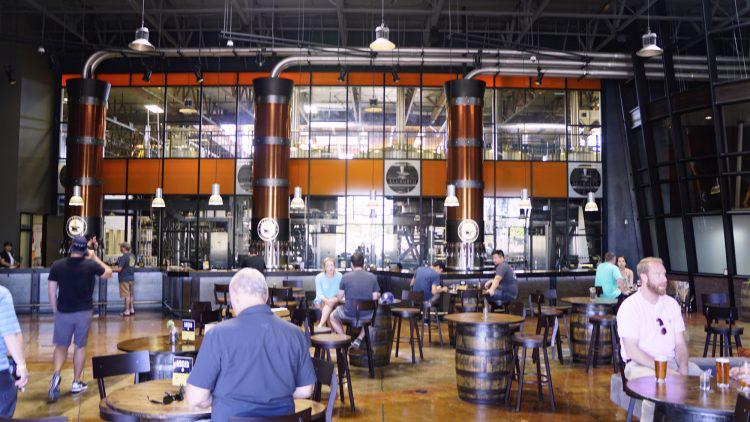 AleSmith is a medium sized brewery in San Diego that was founded 20 years ago and just last year moved into their flashy new tap room that is currently the largest of its kind in San Diego. This up and coming brewery swims a bit against the current in the IPA-infested waters of California and offers an amazing selection of beers that are more on the malty side. While they have a few IPAs and Pale Ales that are on the hoppy side, this is a brewery for the sweet and sticky malt lover, not the hop heads among you. We tried two flights of beer and their beer was high quality and consistent throughout the flights we tried. 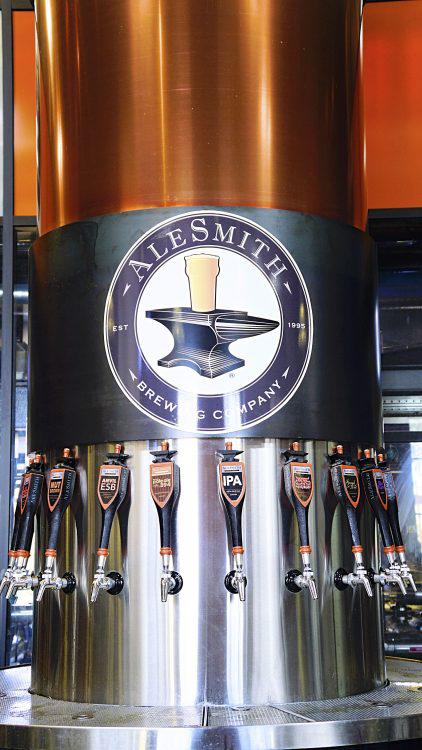 Next up were a couple of darker beers, most notably the Brown Nut Ale, the Speedway Stout and the Whee Heavy. All three were really great beers and well balanced. But even my hop-head husband really enjoyed them and since our return to San Antonio, he was even inspired to brew a Whee Heavy Scottish Ale himself. Oh my, I guess I am pulling him over to the malt side, hehe.

After a quick stop in the AleSmith gift shop, we went on to the next stop of our Craft Beer Tour in San Diego. 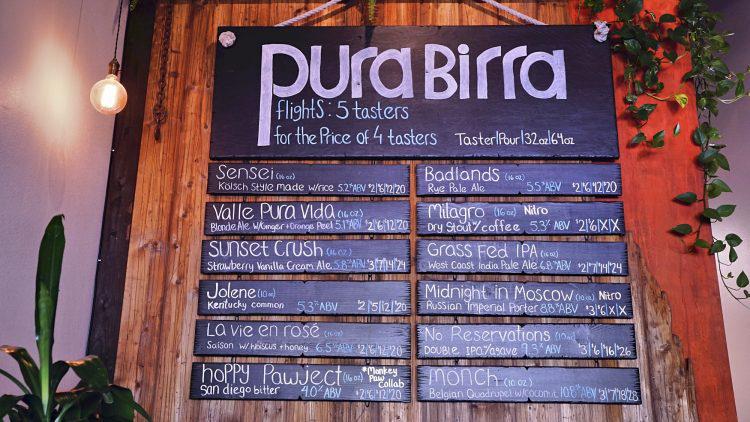 Our second brewery of the day was a very small brewery called Pure Project. Their tasting room is tiny, just big enough to host the tap bar and a few tables. But they come out with quite a few very innovative brews that will challenge your taste buds to become more open-minded. 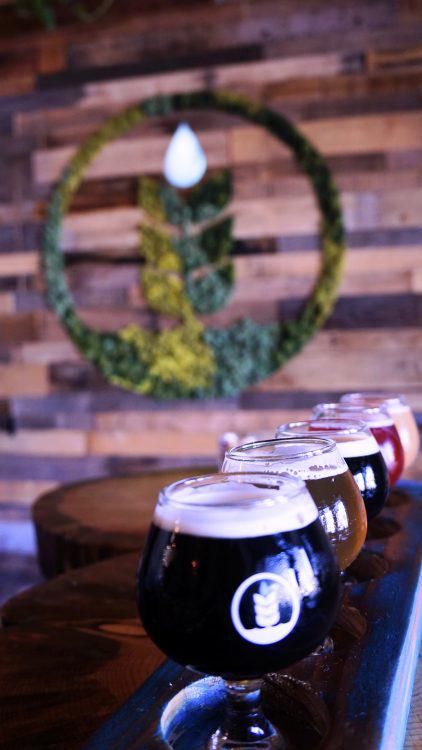 Take their Sunset Crush: A vanilla strawberry cream ale that tastes like friggin Jamba Juice. And if it tastes like a fruit juice, I can have it for breakfast, right? Right? I have to admit that this beer took me by surprise. While I applaud breweries for their creative brews and taste profiles, I usually stick to a little bit more traditional beers and flavor add-ons. I shouldn’t have liked this beer, and yet it was so good, we bought a growler and brought some home!

Another noteworthy beer that we tried at Pure Project was the Midnight in Moscow, a Russian Imperial Porter. It was smooth and smokey, with a hint of saltiness. Unfortunately, their Nitro Tab was broken, because I usually like the nitro version of any beer even better, but this was an outstanding Porter!

The Milagro Dry Stout was also amazing if you like the dry bitterness of espresso and dark chocolate. I really loved that they kept the Milagro dry, as most breweries tend to keep their coffee stouts on the sweeter side.

The Hop-head husband also tried the No Reservations Double IPA and he really liked it. For me, it was just too hoppy, but I did like the name. 😉

Another thing that I really like about Pure Project is that they regularly give back to their community. They host fundraisers and donate the proceeds to charities they believe in and incorporating sustainable and environmentally friendly brew techniques!

After that, Tony took us back home, or er, maybe we were dropped off at the taco shop along the way. Is there anything better than Carne Asada Fries after a beer tasting? I believe not 🙂

The husband and I really had a good time during our BrewHop Beer Tasting tour. Here are some of the things that I really liked about the Brew Hop tour:

No Drinking and Driving! I love that all their tours are private and you are picked up at home, so you don’t have to have a designated driver or feel the need to do something stupid, like drinking and driving to get back home or to your hotel.

Party in the car! Another cool feature of the Brew Hop Tour is the fact that we were allowed to drink in the car. Yes, open liquor container and drinking inside of a moving vehicle. But please don’t try this in your car, as you need a special license for that. 🙂

Custom Tours! Before I went on my tour, I received a call from Summer, the co-founder of BrewHop and she asked me about my beer taste and if we had specific breweries in mind. I told her that I was most interested in seeing smaller breweries, as I had visited some of the larger ones like Green Flash and Ballast Point on a previous visit to San Diego. Summer did a great job selecting two very distinct and interesting breweries that had absolutely delicious beers. I really loved it. 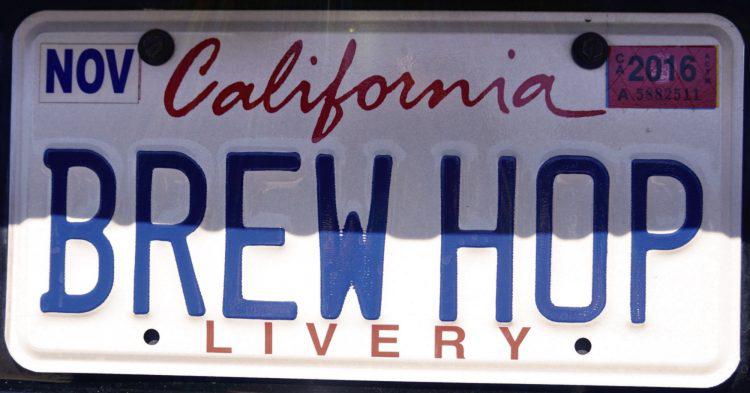 Brew Hop only offers private tours that are customized to your preference. This is great, if you are a group or plan to do a BrewHop tour for special occasions, but not so great, if you are 1-2 people (see more under Who is this tour for).

Brew Hop offers two packages. The Tasters Package is a 2.5-hour tour that takes you to two breweries (we did this one). This one costs between $75-95 per person. The Connoisseur Package is 5 hours long, takes you to 3-4 breweries and costs $169 per person. Prices may vary depending on route, breweries and season. Both tours include pickup and shuttle between breweries in a luxury car, a VIP tour guide, private tours at each location (it says if possible, but we were not able to do that due to time constraints), tasters at each brewery as well as tip and gratuity at each brewery.

Who is this tour for?

I would highly recommend the Brew Hop tour for a special occasion like a birthday party or a bachelor/bachelorette party. Obviously, you should like craft beer. Everything is taken care of and organized, you can party on the way to and in between breweries and you don’t have to worry about getting home safely. This is also a fun activity if you are in town with friends and want to party. It is also a great option for the Craft Beer Novice, who needs some guidance on what beers to try and wants to explore some great breweries and taste some good beer.

However, I have to say that for our unique background, the Brew Hop Tour was not that ideal. Don’t get me wrong, the husband and I had a great time, just like I stated before. But since we are not only familiar with the San Diego area and many of the breweries, but also Craft Beer aficionados, it would have been cheaper for us to just use Uber to get to and from the breweries. That way, we could have scheduled more time and tour the breweries, rather than just have a tasting. 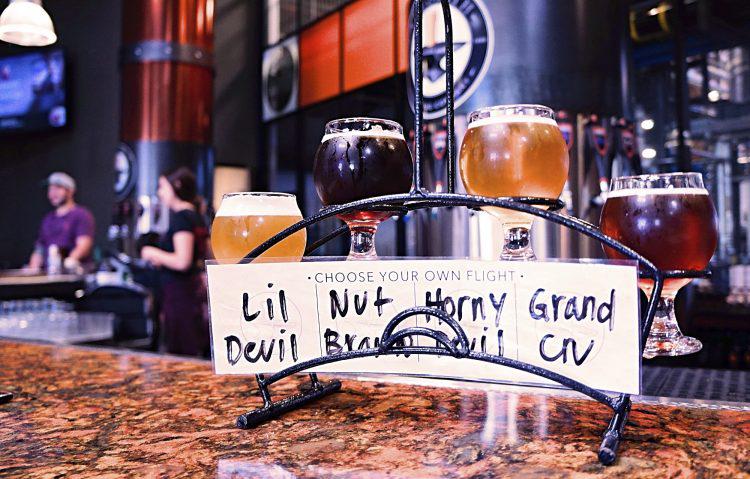 So if you want a bit more flexibility and are open to researching the most suitable breweries yourself, it might be a lot cheaper to do it on your own. Also, if you are a home brewer or true craft beer expert, you might end up knowing more about the matter than your tour guide, as it was in our case.

The husband and I visited a bunch of other breweries and tap rooms during our time in San Diego, so stay tuned for more San Diego Craft Beer updates!

Disclosure: I received a partial discount for our Craft Beer Tour in San Diego with Brew Hop. All opinions are my own and as always, I show you the good, the bad and the ugly 🙂

Are you a Craft Beer lover too? What is your favorite brew? 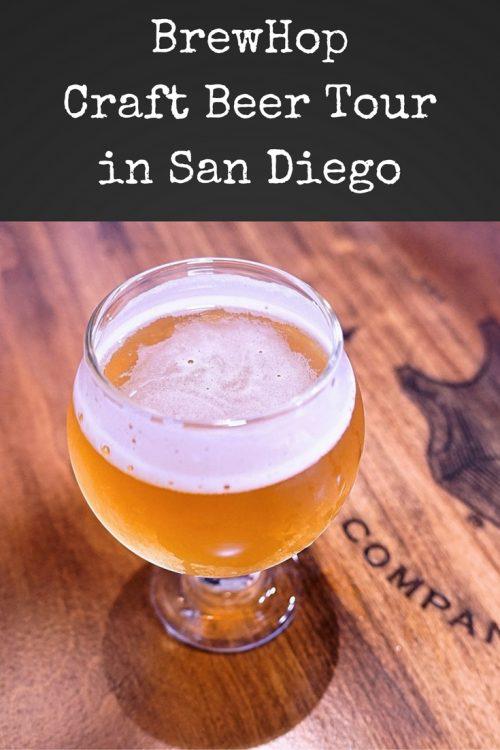