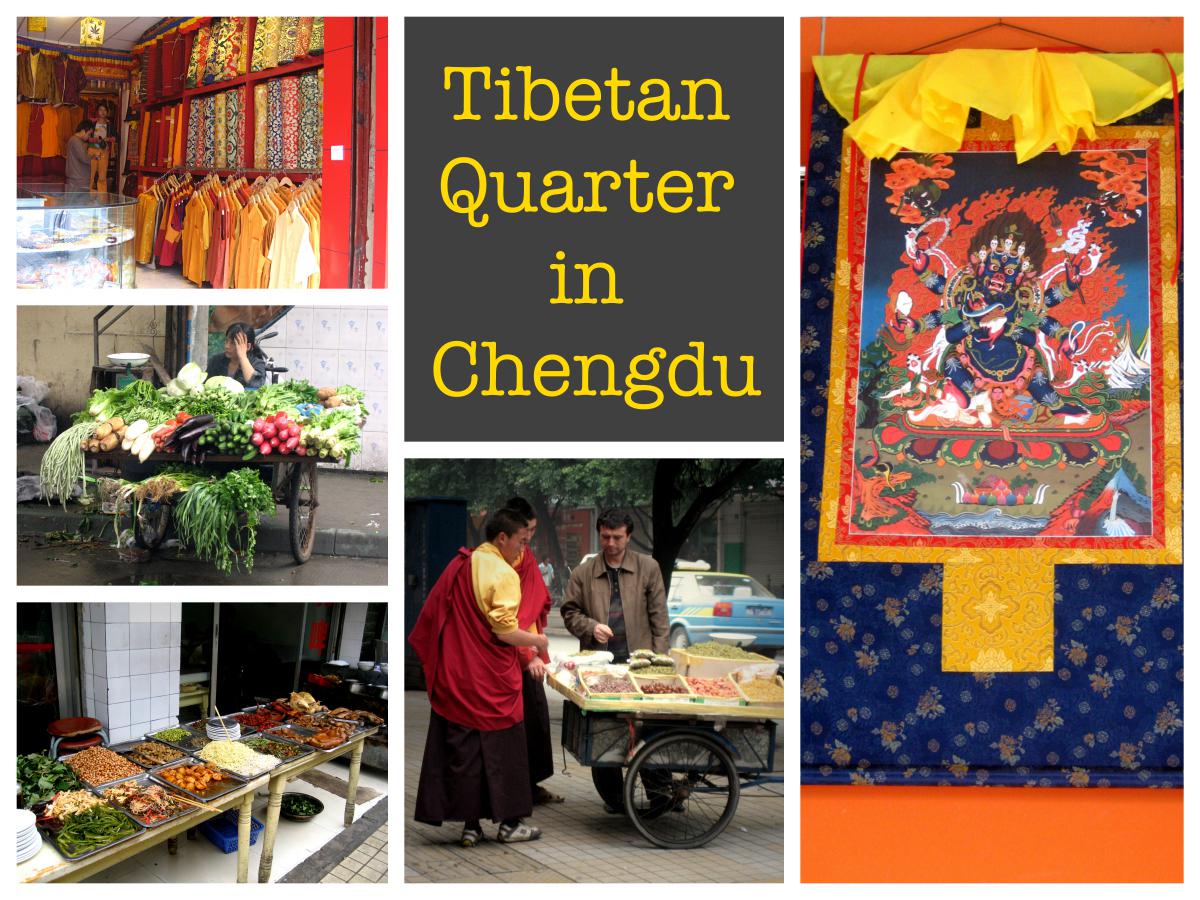 Sunday was my last day in Chengdu, but my flight left at 8:00 PM, so it was almost another full day!  After checking out of Sam’s (luckily I could leave my suitcase there) I went to Starbucks and had a nice cafe latte and a chocolate croissant!!! After my delicious western style breakfast, I was ready to explore the Tibetan Quarter in Chengdu, also known as Little Lhasa.

Butter Tea and Yak Meat in the Tibetan Quarter in Chengdu

Then I took a cab to the Tibetan Quarter in Chengdu.  Unfortunately, most of the houses were Chinese rather than Tibetan style, but they had some nice stores selling everything, from yak bone jewelry to little Buddhas, clothes for Buddhist monks and the traditional Buddha paintings.  All the things were really nice and I especially liked the traditional Tibetan clothes.  But I know I would never ever wear it, so I bought some yak bone jewelry instead.  I also loved the Buddhist art paintings, but I resisted on buying one, as I definitely want to go to Tibet one day and I rather buy it there.

I went to a typical Tibetan restaurant for lunch and ordered some traditional butter tea and yak meat-bread there.  The butter tea was ok, but I don’t think it will ever become my favorite drink!  The yak meat bread was really good though.  I’ve never had yak meat before and the taste is somewhere between pork and beef.  Yak meat bread, in case you wonder, is roasted yak meat and onions, which is then baked in a really light and fluffy bread, sort of like a yak potpie.  It was really good and I enjoyed to eat with a knife and a fork for the first time in weeks.  Gosh, this was strange and of course, I made a mess… 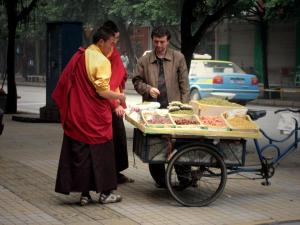 After lunch, I left the Tibetan Quarter and I went for a nice after lunch stroll. Wandering through the little streets and back allies I found a very nice street with beautiful Chinese architecture. I just love the Chinese houses and the beautiful roofs and decoration, so when I found this street, I was in heaven.

At around 3, I took a cab back to Sam’s and at around 4PM, the shuttle bus took me to the airport. The flight back home, or should I say Beijing??? was rather uneventful and smooth.

This week in Chengdu was really great and I had a wonderful time there! It showed me a part of China, I had not seen yet and it made me understand that there is no one China.  Its vastness and the many different cultures within make it so diverse and interesting.  I don’t think you can really say you have been in China, when you only were in the 3 big cities in the East.  This is one side of China, and obviously the most popular and attractive one for tourists.  But China is so much more than the Forbidden City and the Bund. I really hope I will be able to travel extensively in China one day.  The plan is already in my head and I hope it will come true one day soon.