Temples in Beijing – My Experience in China 7 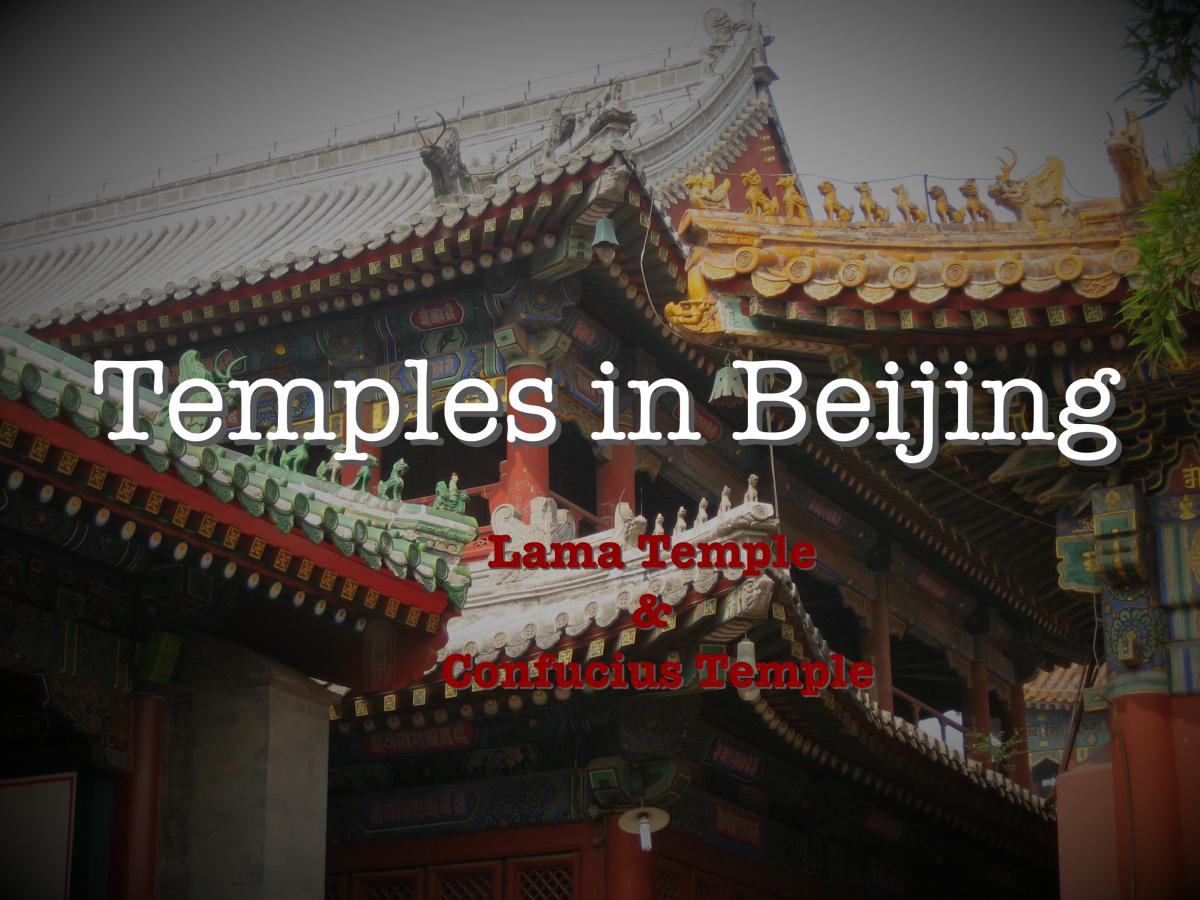 Temples in Beijing – My Experience in China 6

I really must say that Beijing is getting better every week so far.  This week I had a few first-timers of some things that were mentioned in my previous blog. And on the weekend, I went on a little tour visiting two beautiful Temples in Beijing. Check out the picture slider below with my best shots I took at the two temples in Beijing.

A lot of “Firsts”

Of course, by now I believe that anything is possible in China, but I was still surprised when I saw them live and with my own eyes.  A few days ago, I had my first encounter with the bottom-less pants for babies and toddlers.  I was sitting in a restaurant, eating food I did not know what it was, and this lady picked up her son to carry him to the bathroom (which in this case meant parking lot in front of the restaurant) to do whatever he had to do.  All I could think about afterwards was how many bottom-less kids must have had a seat on my chair, right after… well you know what…  A few days later, in the same restaurant, I should mention that it is right next to my apartment, I ate something in a wok, presuming it was chicken and veggies, until I found hard evidence, of what kind of meat I was eating…  I had my first chicken claw in my food.  Well, actually, I still don’t know, whether I should be horrified or happy, because at least now I know that it really was chicken!!!  Today, while I was sitting in a Noodle restaurant, dripping soup all over myself, because I cannot eat soup with spaghetti noodles with chop sticks, I saw the first PJ’s in BJ, meaning a couple wearing only pajamas in the middle of downtown Beijing.  Hers was stylish mint green with the obligatory little hole at the butt, and his was the very sophisticated check pattern button down version.  Well, I guess in the end the balance was reinstalled, because the locals had a good time laughing about my inability to eat and I had had a blast watching Mr. and Mrs. Sleepover.

This was enough gossip for one day!!!  Now more about my very fabulous and awesome weekend.  Last Saturday, I went to visit two Buddhist temples in Beijing, the famous Lama temple and the less famous, but nevertheless beautiful Confucius temple.  Both are, as already mentioned Buddhist temples, as different as they were.  The Lama temple is the largest Buddhist temple in Beijing and therefore completely crowded with tourist groups and also many religious Chinese burning incents and worshipping their gods.  I really don’t know, whether I liked it there or not.  Of course the buildings were absolutely beautiful and it was interesting to see some of the Buddhist rituals, but everything also had a smack of commercialism.  Dozens of tour guides with herds of tourists following them, a few Buddhist monks with whom you could take pictures, and of course, the obligatory accumulation of gift shops selling little plastic Buddha’s, incents and more tourist crap.  I took a lot of great pictures and had a great time, especially since I heard a lot of interesting stories while eavesdropping on a German speaking tourist guide. As eavesdropping is not quite as effective, I unfortunately can’t tell much about the history anymore, but if you want to read more about the Lama Temple, check out this website!

When I had seen enough of the Lama temple, I took a stroll through some back alleys and after a few wrong turns and a couple of hundred yards detour, I finally found the Confucian temple.  The entrance fee was considerable low, due to construction work and the smaller size of the temple.  It only had one temple, but a beautiful garden surrounding it.  Everything was very peaceful and quite.  Instead of tour guides trying to drown each other, you could hear birds twittering and chirping from the trees, the sun was shining, there was a light breeze in the air.  There were only very few tourists and a few locals enjoying a nice afternoon in this gorgeous setting with me.  I sat down and read a little bit in my China travel guide, and enjoyed this idyllic moment.  Well, I guess you can tell by now, which temple I preferred…

Ignorance is the night of the mind, but a night without moon and star.

Here are some more Confucius quotes, that you can throw around in all kinds of situations and make yourself sound smart… probably not a very Confucian way of thinking though 😉

After my “Temples of Beijing” Tour, I left and took a cab to Wudaokou, the intellectual center of Beijing.  There you can find outstanding universities, such as Beida University, Tsinhua University and Renmin University, the Chinese counterpart to Princeton, Yale, and Harvard.  I met with Jinai, a girl I met on the internet.  She had studied at PSU and even lived in La Jolla for a couple of months.  What a coincidence, isn’t it?  We had a really good time and before we knew it, we had talked for 5 hours.  Well, anyways, she invited me for this Thursday to a party at her home to celebrate Midautumnday.  As I don’t really have a clue yet, what Midautumnday really is, I will leave further description to my next blog entry.

This week is going to be rather strenuous, because I have to work seven days in a row.  Next week Monday the Chinese celebrate their National Holiday and everybody gets three days off.  To fill in the two extra days of vacation, we have to work the preceding weekend.  Right now, I am thinking of doing a little trip during my week of.  I really would love to go to Chengdu to see the Panda bears and do some hiking (yes, hiking!!!), but as it is a the National Holiday in China, I am not the only one who wants to travel and therefore tickets are scarce and expensive.  Well let’s see, may be I will have some cute Panda pictures in my next blog… 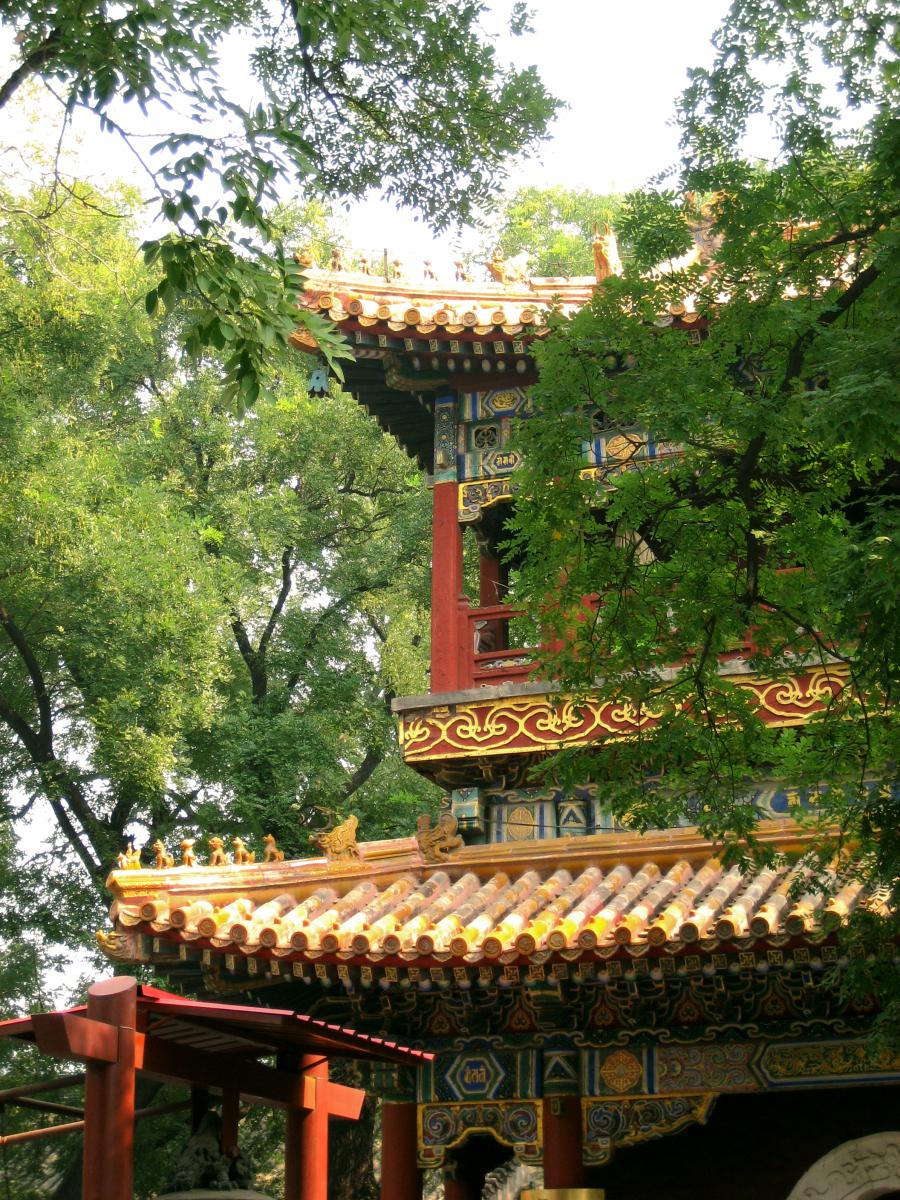 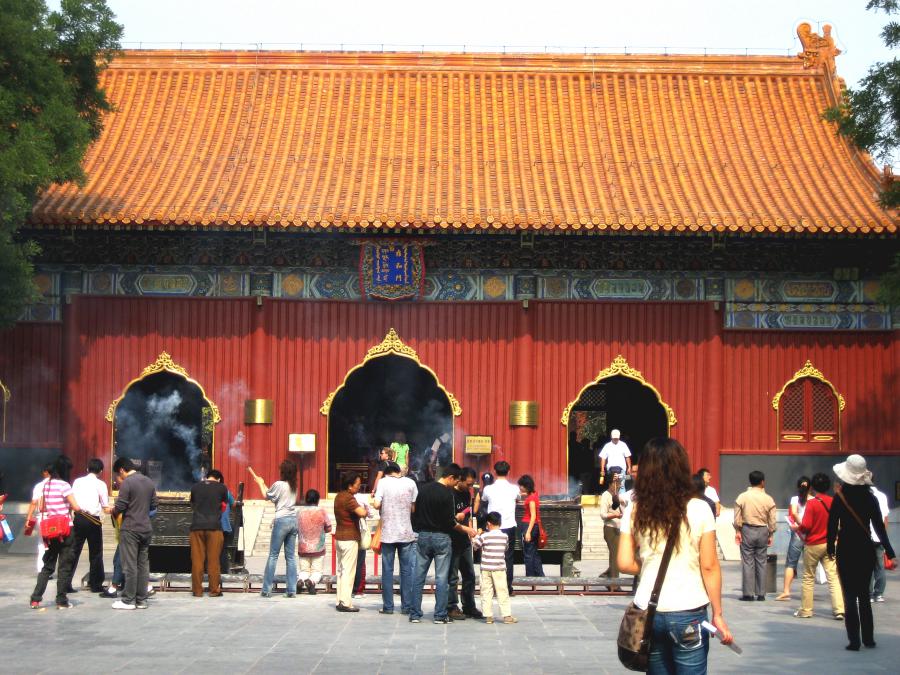 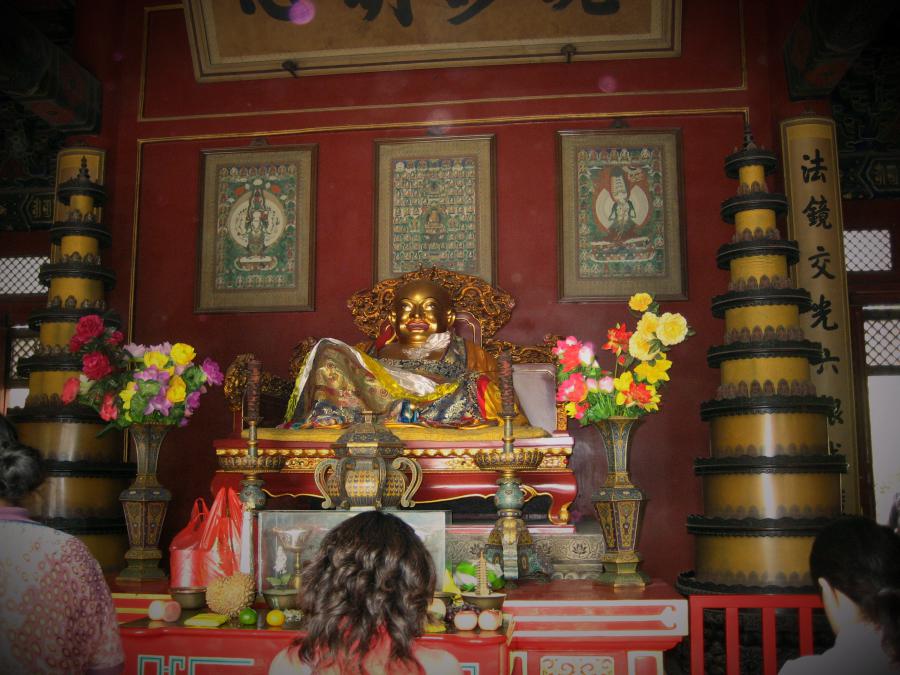 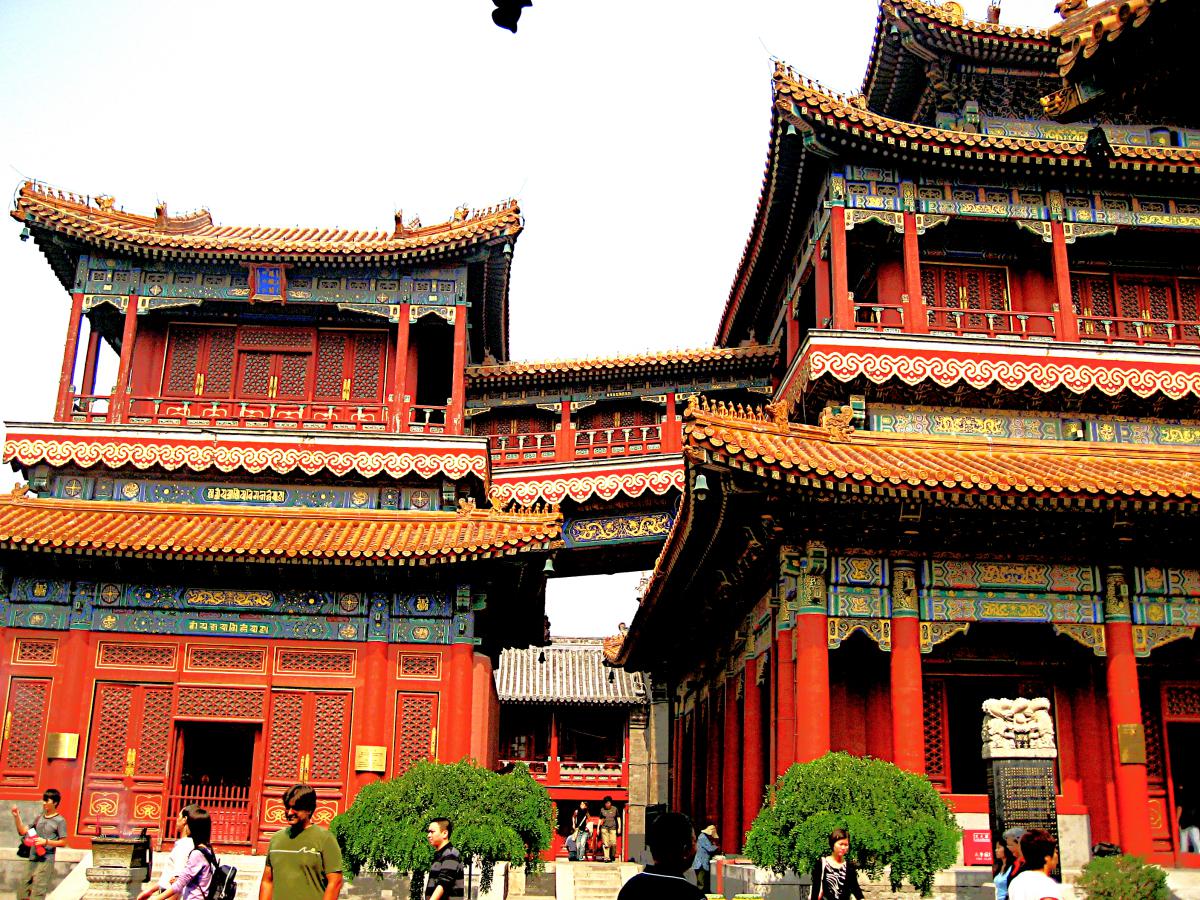 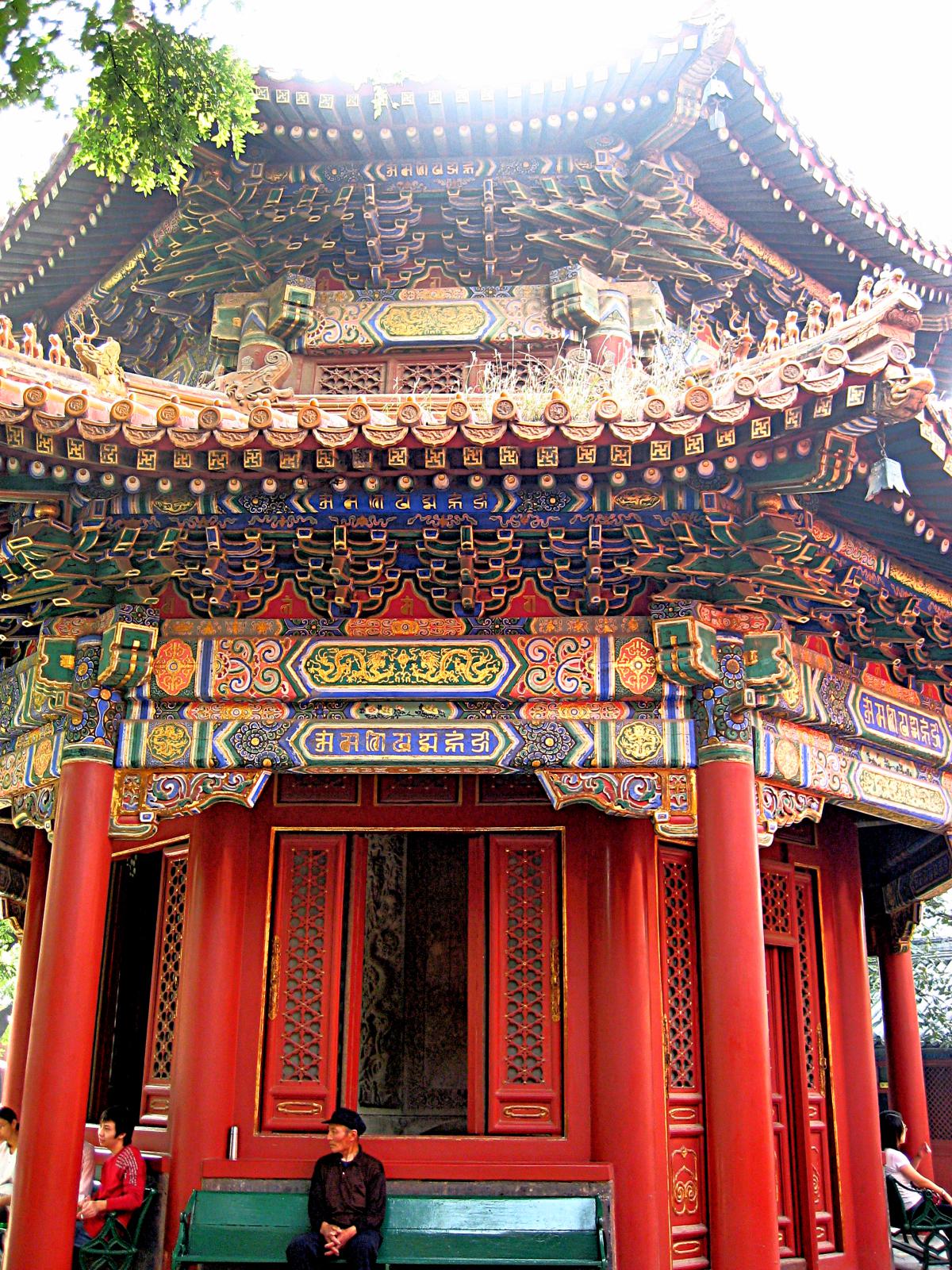 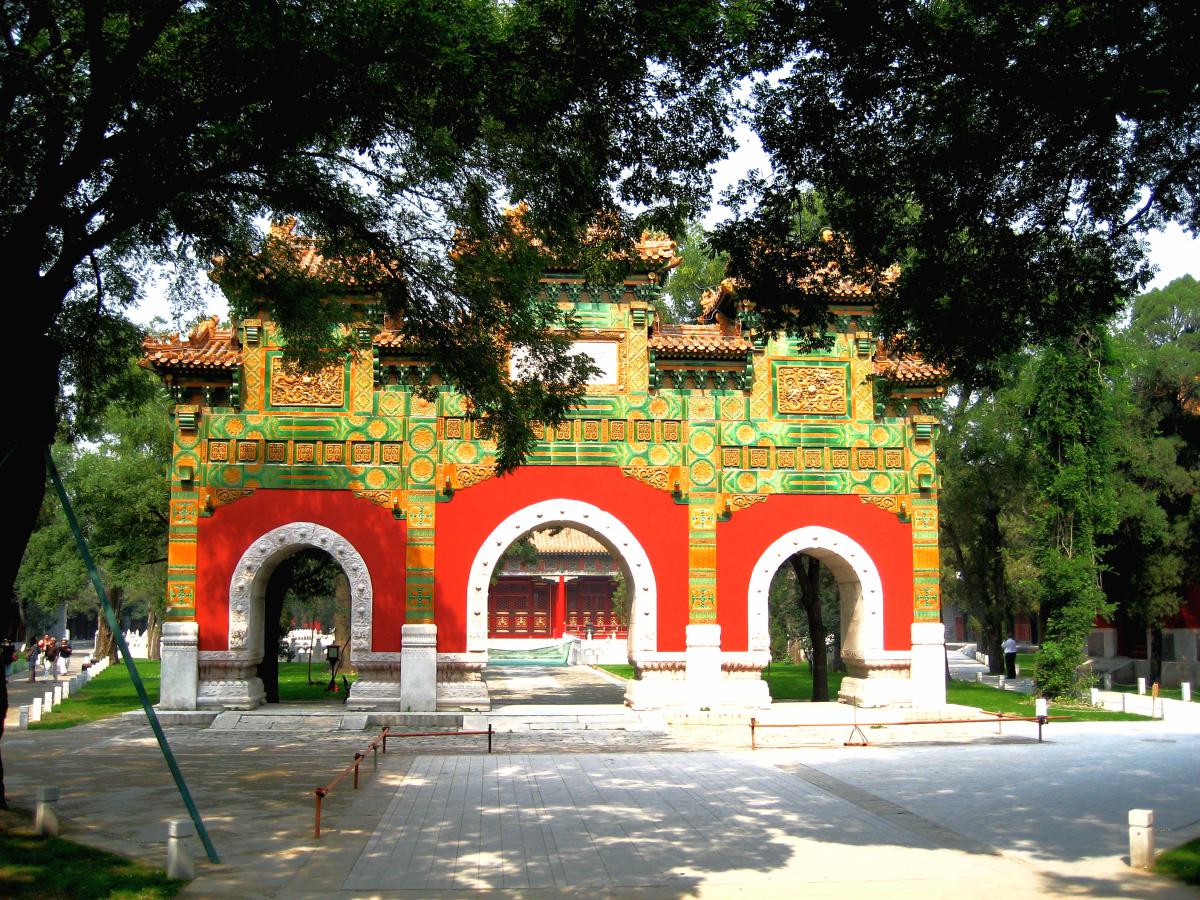 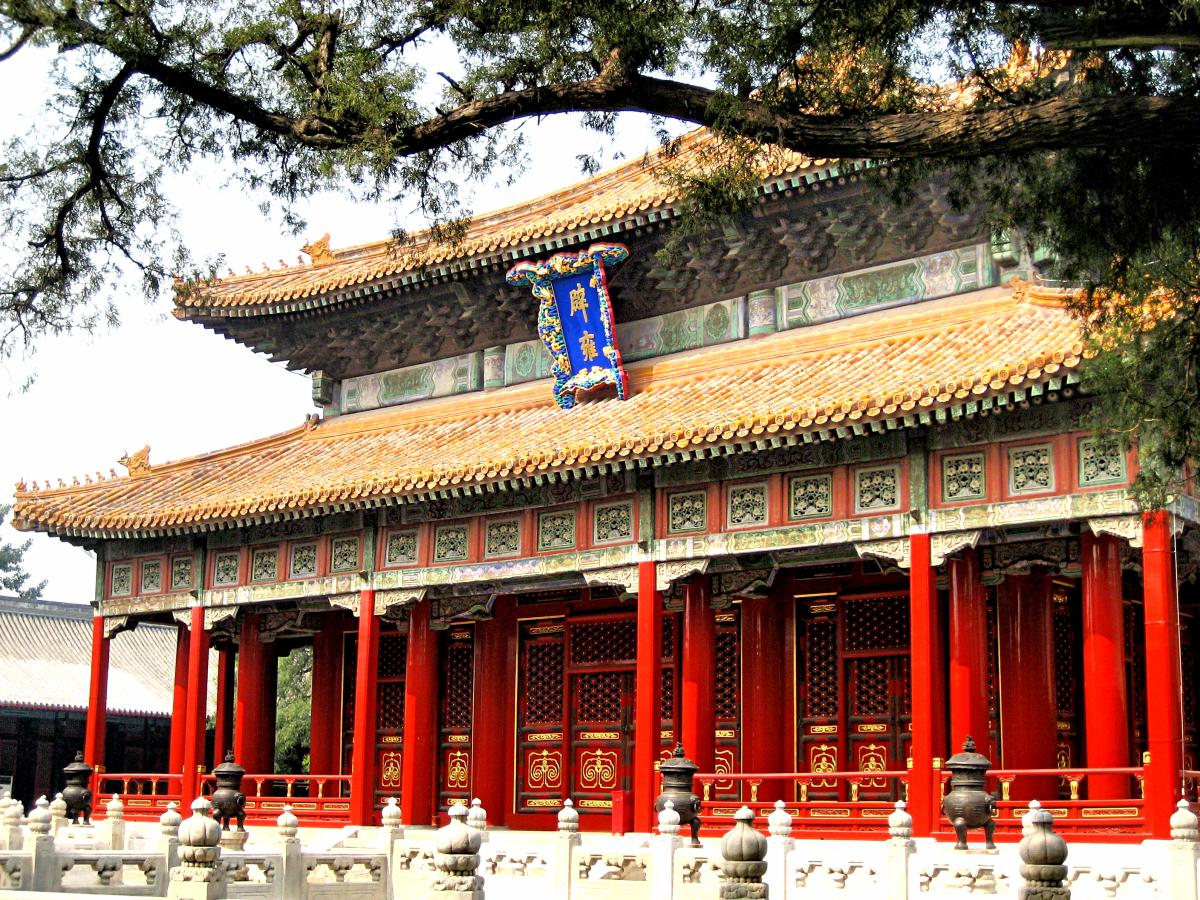 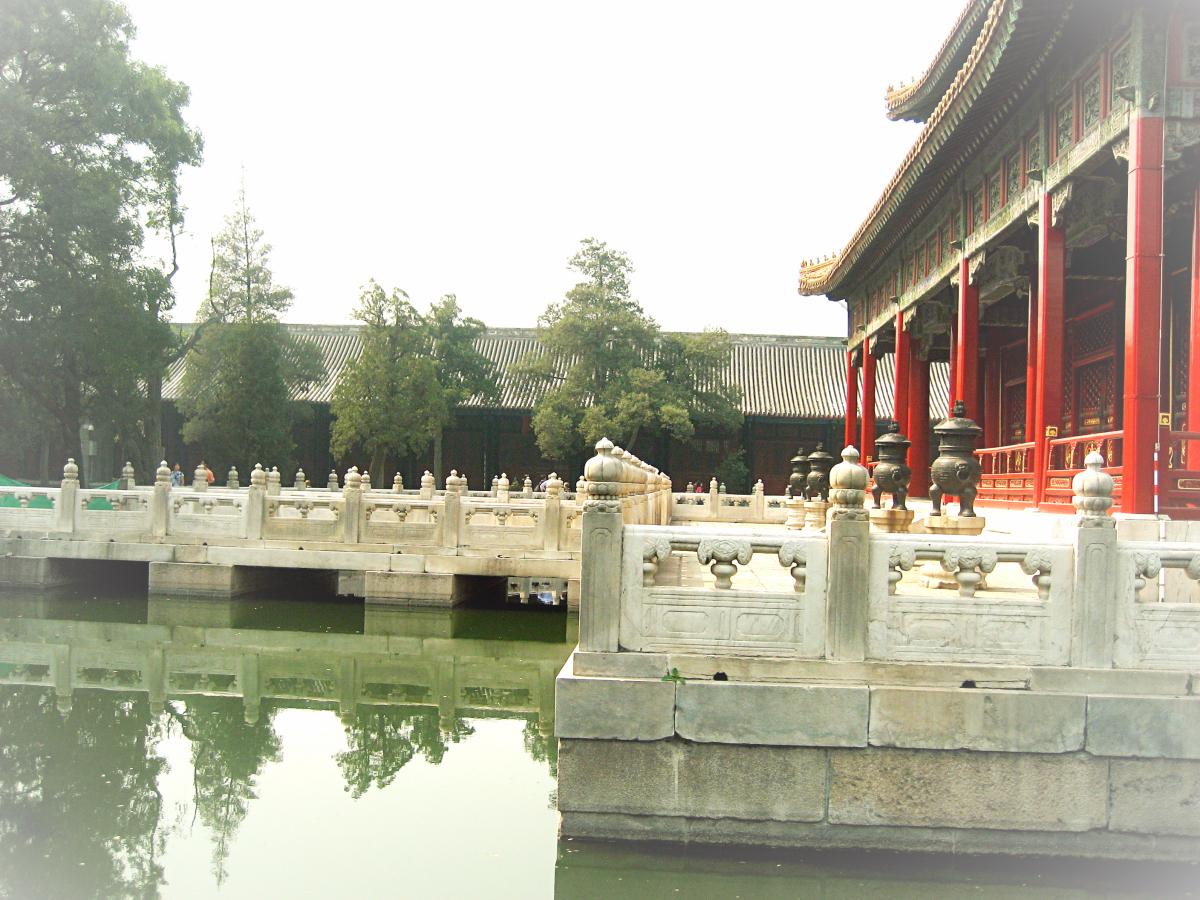 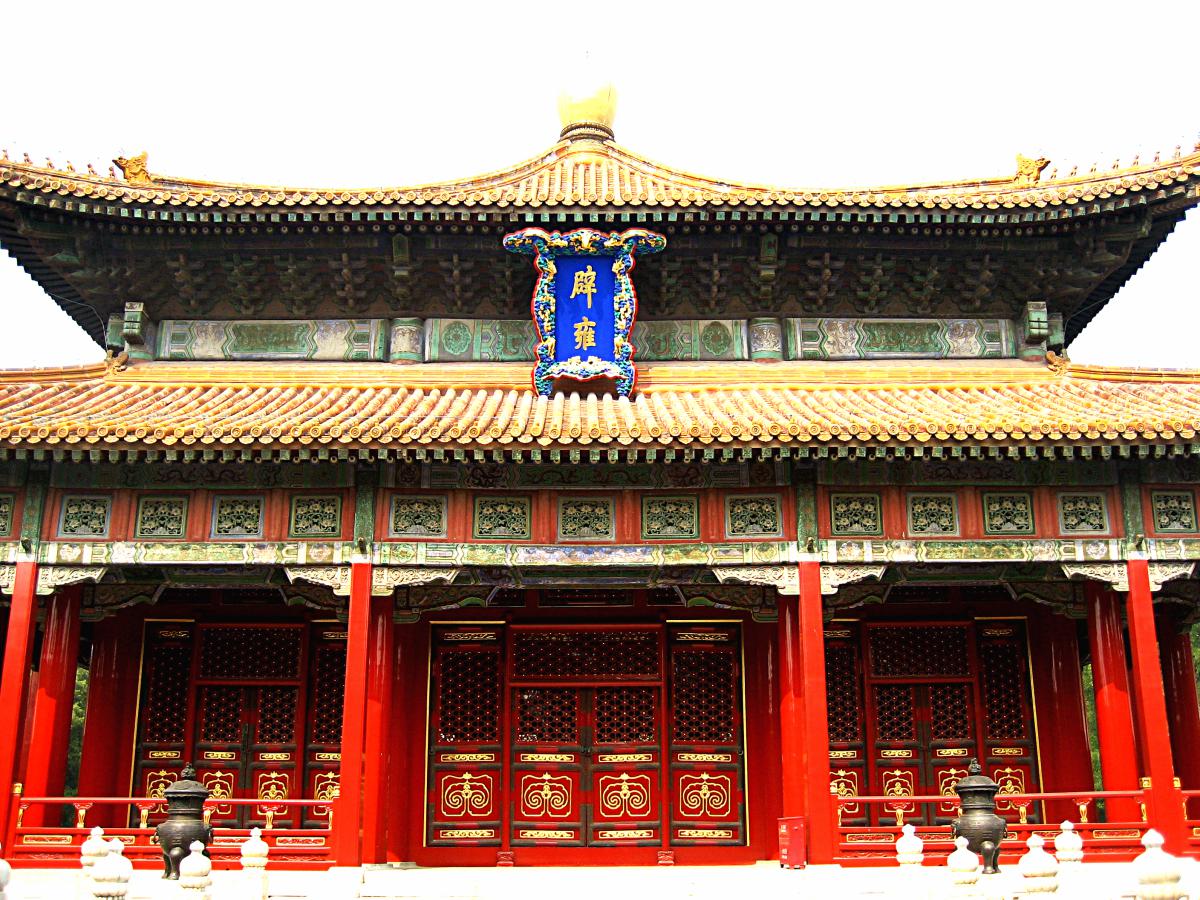 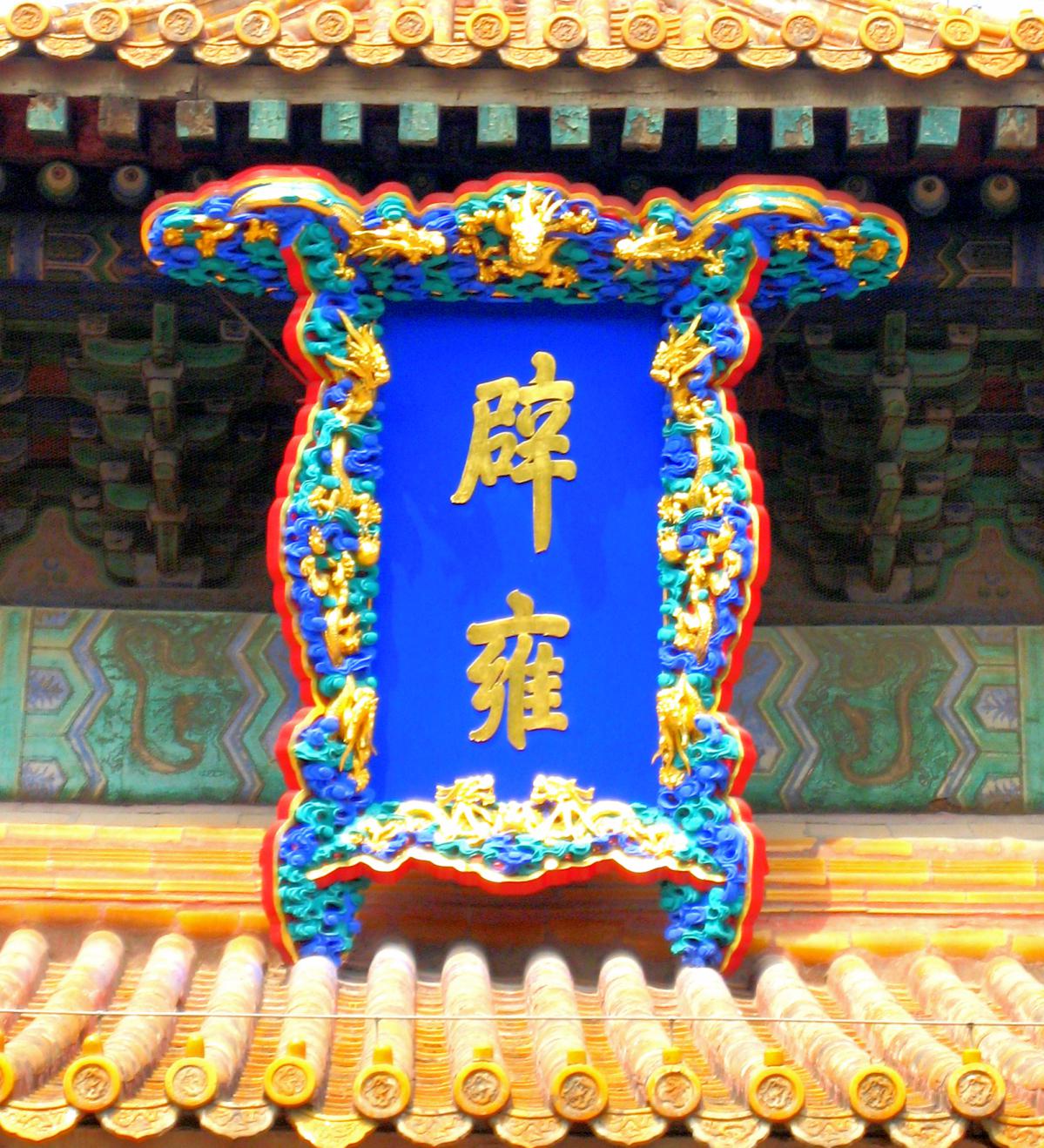