10+ German Foods You Must Try in Germany

by MariaAbroad | Food, This Post May Contain Affiliate Links | 13 comments 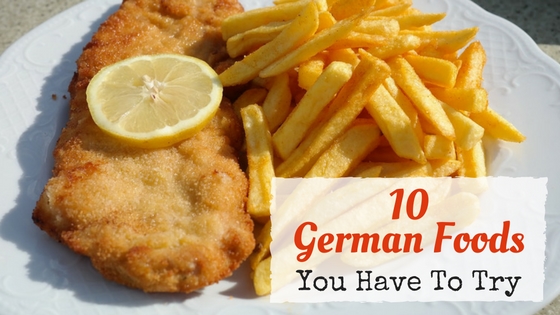 10+ German Foods You Must Eat in Germany

Food is something magical. It not only nourishes you but is also the closest thing to a teleportation device and a time machine we currently have. A spoon full of food can take you anywhere in the world. And if you happen to live away from home, it is the cheapest way to take you back to the place you call home. So what do Germans do, when they live abroad? They eat German foods of course.

But what are the German foods Germans miss abroad? I am part of several groups on Facebook for Germans living in the US and you should see the excitement when someone finds a stash of German foods or shares pictures of the German dishes they cooked.

I am part of several groups on Facebook for Germans living in the US and you should see the excitement when someone finds a stash of German products or shares pictures of the German dishes they cooked. Here are the German dishes and food items that are brought up most often and I highly recommend that you try these German foods while you are in Germany.

German bread is in a class of its own. For Germans, going to the bakery around the corner every morning to pick up fresh bread rolls (Brötchen), a pretzel for lunch and a crusty bread for dinner is part of life. When I first moved to the US, the bread here made me cry. Over the years, it has gotten better a bit and you can find something resembling a crunchy crust at some bakeries. That doesn’t mean that anything makes my mouth salivate more than a basket full of warm, crunchy yet fluffy Brötchen at the breakfast table, when I visit home.

Schäufele is a roast from the pig’s shoulder, including the shoulder blade. As with most meats, the meat straight off the bone is the most delicious. Add in the crispy skin and a fluffy potato dumpling smothered in a delicious dark brown beer sauce and you have a delicious and traditional German meal that you should not miss on your next trip to Germany.

Germans take their deli meat very seriously and I have never seen such a variety of different cold cuts anywhere in the world. Yes, here in the US we have 25 different flavored turkey breasts and 25 different types of ham. But it doesn’t compare to the hundreds of sausages, cold cuts and deli meats at a German butcher.

Supposedly, you can go to prison for 5 years for smuggling these babies into the US. Überaschungseier are a childhood memory for most Germans. What’s not to love? A piece of chocolate combined with the little surprise toy – children love it.

Actually, these clumps of potatoey goodness taste pretty nasty by themselves. But dunk them in some gravy and they turn into magic in your mouth. Toddlers in Germany grow up on that stuff. If you haven’t eaten Knödel in Germany, your visit doesn’t count. Seriously – go back and eat Knödel!! 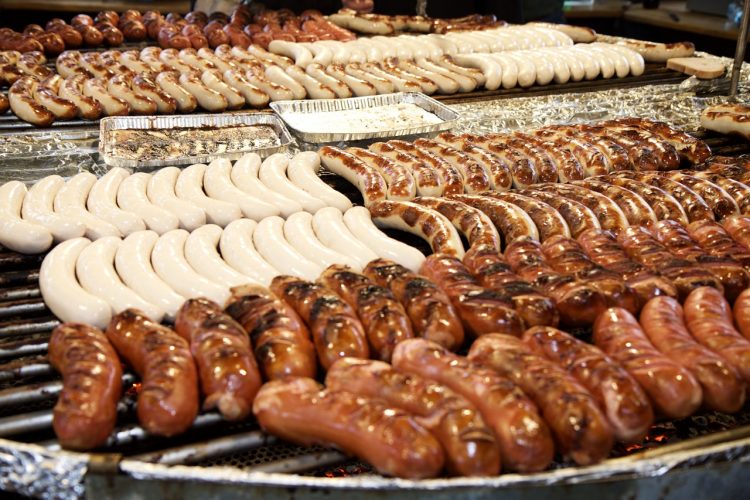 Bratwurst, Weisswurst, Mettwurst, Leberwurst, Blutwurst. Germans LOVE their sausages in any shape, form or color. In a town close to my hometown, you can order a Bratwurst that is 1 meter long. Yep that is over 3 feet for you non-metric folks!

This is by far my husband’s favorite German foods. The pork shank is baked in the oven until the sweet and succulent meat falls off the bone and the skin becomes so crunchy, you better have good dental insurance to chew it. Depending on the region, it is usually served with Ködel and Sauerkraut or red cabbage.

A favorite starter soup consisting of beef broth with liver dumplings and sliced pancakes. The salty broth and the creamy dumplings will warm your heart, even if you are not a fan of liver. The soup is often served as a first course at special occasions like weddings, family gatherings and such. The husband and I selected it for our wedding menu, but because it turned out to be one of the hottest days ever recorded in German history (over 40 C or 105 F), we opted for a salad instead.

White asparagus is only available in May and June and during that time, Germans go crazy for it. Most restaurants have a special menu for asparagus season. Most common is asparagus salad with a vinaigrette, asparagus with butter or sauce hollandaise. It is sold by the pound and most people see the asparagus as the main course, and then order bratwurst, mini schnitzel or ham on the side. Compared to green asparagus, it is much more tender and sweet, as it grows underground. If you come across it in the supermarket and want to make it at home, know that you have to peel this variety. Try it and you will see what all the fuss is about!

A little purple cow stole the hearts of Germans and when they find Milka chocolate abroad, they jump with joy. Milka comes in about 50 different flavors and there are heated debates, which one is the most delicious. I love Strawberry Cream and Espresso the most, but as long as you don’t bring me the ones with raisins, I am happy. In the US, you can often find Milka for cheap at ethnic supermarkets. Which one is your favorite Milka chocolate?

Quark, also known as Farmer’s cheese is a bit like cottage cheese, but without the kernels. It is tart and we use it for baking (we make our cheesecake with this, instead of cream cheese!), desserts, dips and more. I love to put it on rye bread with strawberry jam on top. While you can sometimes find it, it is usually super expensive and it is one of the German foods, you can easily make at home. If you want to try it, here is the recipe for Quark. 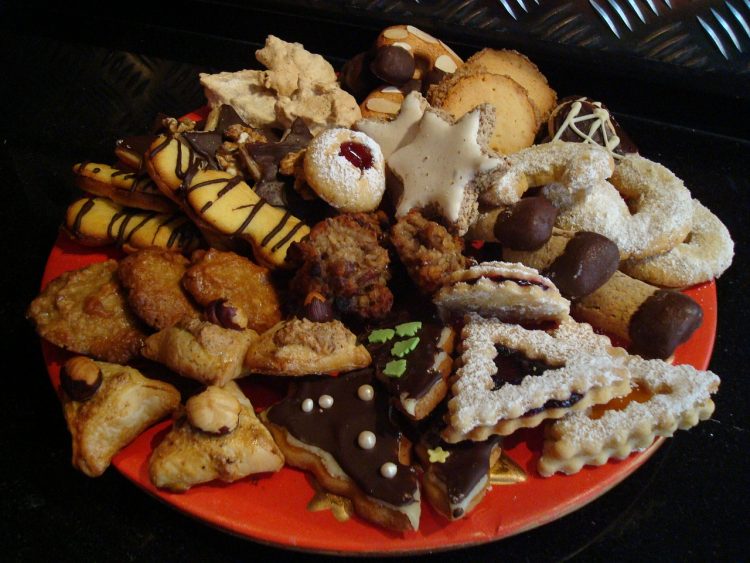 Every year for my birthday in November, my godmother sends me a big package from home with one of my favorite German foods: Nürnberger Lebkuchen. They are a traditional Christmas cookie that consists of a thin wafer, topped with a topping of nuts, dried fruit, and spices and then covered with chocolate or sugar glaze. I love them! Christstollen is another famous German food eaten around the holidays. It is a yeast bread filled with raisins, candied lemon and oranges, nuts and covered with a sugar glaze. Since I don’t like raisins, this isn’t really or my favorite German foods though and luckily my godmother knows me well enough not to send me any 😉

Have you been to Germany? What were your favorite German foods you have tried?