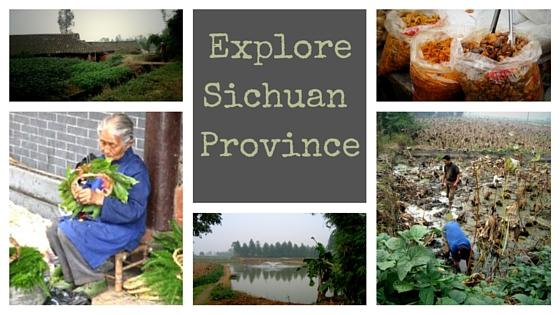 I really have to say that day 5 was the absolute highlight of the whole week in Sichuan Province.  I had booked another tour with the travel agency at Sam’s, which was supposed to take me out of the city to see the countryside and a more rural China.  Actually, I was a little afraid, that this tour would be just as crowded and horrible as the Le Shan/Emei Shan tour, but luckily it was not.  In the end, we were only three people, the guide, the driver, and a cute little old lady in the back of the van.  The two other girls were from Canada and have just started their teaching English abroad year in Guangzhou in Guangdong Province in Southern China.  One of the girls’ parents are originally from Hong Kong, so she looked Asian and spoke Cantonese, but no Mandarin.  She told me that even though English teachers are scarce and needed everywhere, she had a really hard time to find a teaching position.  They usually accept any native English speaker and sometimes even not-native speakers, but many language schools refused to employ her because of her Asian looks.  Actually I have to say that I was a little bit shocked when I heard that, especially since I know the strict anti-discrimination laws in the US. 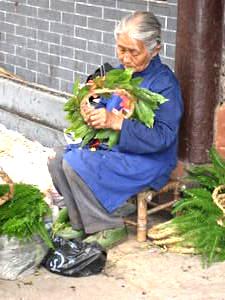 First, our great tour guide Kevin, who spoke really good English, took us to a local market in a small village outside of Chengdu.  They sold virtually everything on this market, veggies, meat, fish, clothes, shoes, mixers, we even saw a dentist.  Despite my toothache, which is troubling me for a few days now, I did not think it would be a great idea to entrust my teeth to this guy… We had a really good time and as foreigners are not a very frequent sight, we were the big attraction.  People stared and pointed at us, but I have to explain that this is not considered rude in China.  Well, even if it was, we were not better, as we stared at their things and took many pictures of the people there as well.

Lunch in a Sichuan Farm House

After a nice stroll through the market, we went to the farmhouse of our driver’s parents, and we found out that the little old lady in the back was his mother.  She would cook lunch for us with the things she bought at the market, while we went out for a walk in the fields.  Kevin took us for a walk in the rice fields and explained to us how the farmers out here are making a living.  He showed us how rice and lotus roots are cultivated and we talked to some locals who were in the middle of their lotus harvest.  It was really amazing.  While we were on the market and later on in the fields, we did not see many teenagers and young adults, manly children, women, and old people and we asked Kevin for the reason.  He told us that most of the younger people go to Chengdu, because they can make much more money in the big cities and the standard of living is a lot higher.  Of course I’ve often read about this phenomenon, but I did not think that the problem is that real until I saw it with my own eyes.  On the one side, I was really fascinated of the simplicity in which the farmers lived out there.  They produce the food they are eating, build the houses out of natural materials they find and are for the most part independent form outside commerce (or at least they could).  I have never seen anything that comes so close to self-sufficiency as that and I cannot help but admire these people out there.  No matter where you looked, you found a smiling and friendly face and I am certain that they are just as happy, if not happier, than we are.  But on the other side, when I found out that most of the houses did not have electricity or any kind of plumbing, I was happy that I only stayed there for a couple of hours and hoped that I would not have to pee…

When we returned from our little walk, lunch was not quite ready yet, so Kevin taught us how to play Mahjong (actually spelled ma jiang, but nobody would recognize that, I guess).  This is the game with the stones that all the old men are enthusiastically playing in all the parks…  It is actually pretty easy to learn, even though we were intimidated by the Chinese characters at first.  But once you get the hang of it, it is a strategic and challenging game.  After a little while, lunch was ready so we sat down in the little courtyard of the farmhouse with the whole family and had the best, most simple and delicious lunch.  Even though we had Kevin as a translator, we were a little shy and now I really regret that we did not use this opportunity to find out more about their daily life.

After lunch, we drove to another little village in Sichuan Province, which has a beautiful ancient old town.  Of course this place was a lot more touristy than everything we have seen this day, but it was manly local tourists from Chengdu, who made a day-trip out in the countryside, so it wasn’t that bad.  We walked through the nice and narrow streets, and when we saw two cute old ladies selling shoes and flowers, I simply could not resist and had to buy something.  I bought a small flower piece with red clover and Kevin told me that usually a guy gives this to his girlfriend on the first date.  We sat down in a nice teahouse next to the river and Kevin told us more fascinating stories about China and the Chinese people.  About every 2 minutes we were interrupted by Chinese who wanted to give us a massage and clean our ears.  Kevin told us that they use the same Q-tip for all customers, so we were not too interested.  The funny part was that all of them thought that the Chinese-looking Canadian girl was our tour guide and started talking to her instead of Kevin.  As she only speaks Cantonese, all she could do was smile back at them and stutter “wo bu hui shuo han yu”, which means I don’t speak Chinese.  Of course, nobody believed her and kept on bugging us.  While we were sitting there, we saw many strange motorized parachute things flying all over the river.  I really don’t know what they are called, but the Chinese-Canadian girl definitely wanted to take a ride in one.  Kevin asked around and we found out that the day before, someone had crashed during the landing and broke both his legs.  But even this horror story did not discourage her.  After we had enough tea, we went off to see where she could get on one of these things.  Luckily, she decided otherwise when she saw them up close.  They really did not seem to be very safe and none of us wanted to spend the rest of the afternoon collecting pieces of our friend from the streets of this ancient town in Sichuan Province.

When we got back, I had a little rest in my room and then Nir, one of the Israelis from night before, picked me up and we went out to eat some hot pot and afterwards for some drinks. If you are a bit afraid of eating spicy Hot Pot in Sichuan Province, check out this guide on how to survive Hot Pot without stomach issues.  He has lived in the US as well and traveled the world, so we had a lot to talk about and a really nice evening.  I had a really great time and the whole day was absolutely awesome.  I don’t think I would have ever had the chance to have lunch in a farmhouse in the middle of Sichuan Province, if it had not been for this trip. 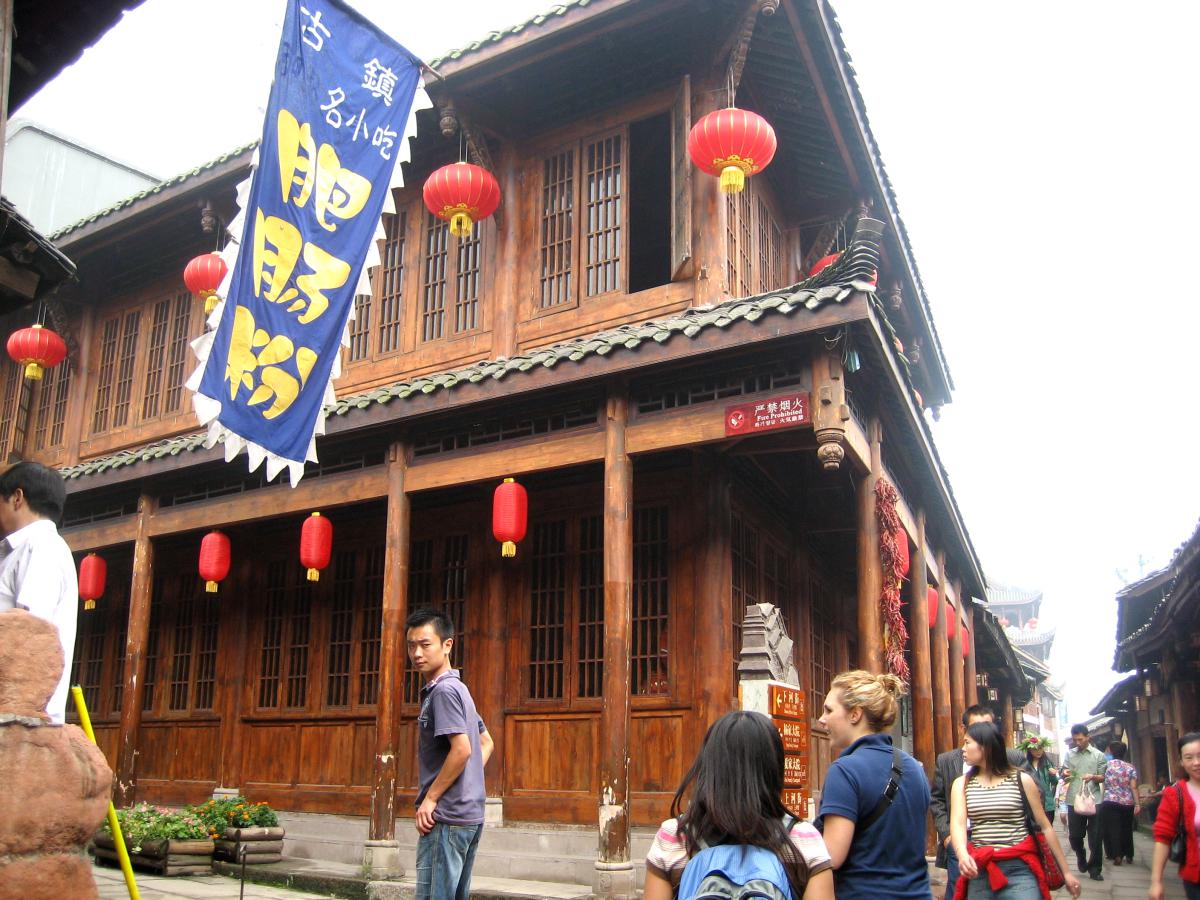 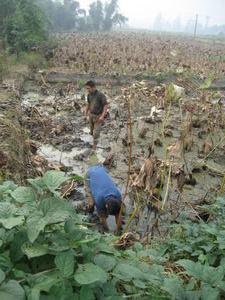 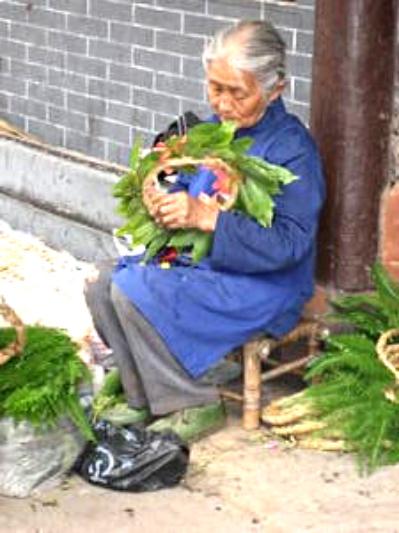 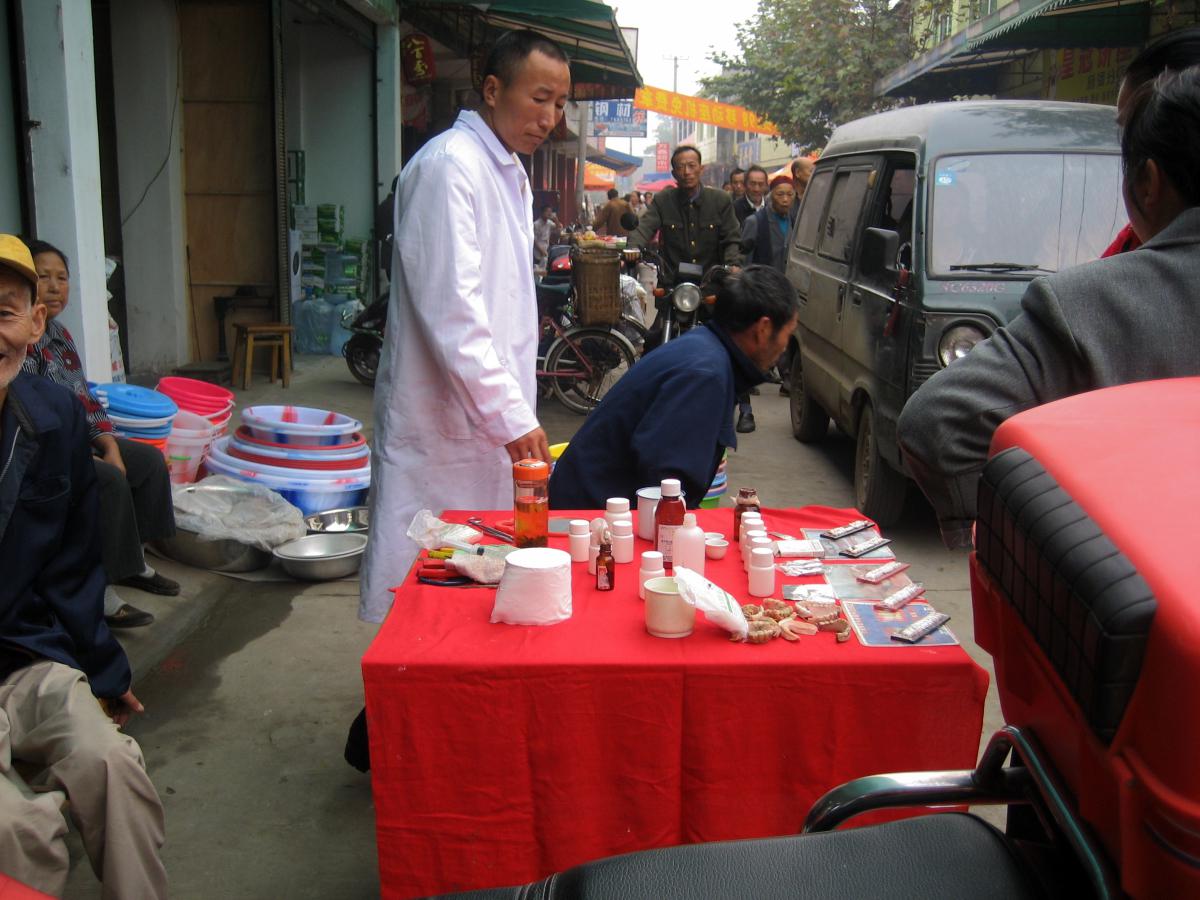 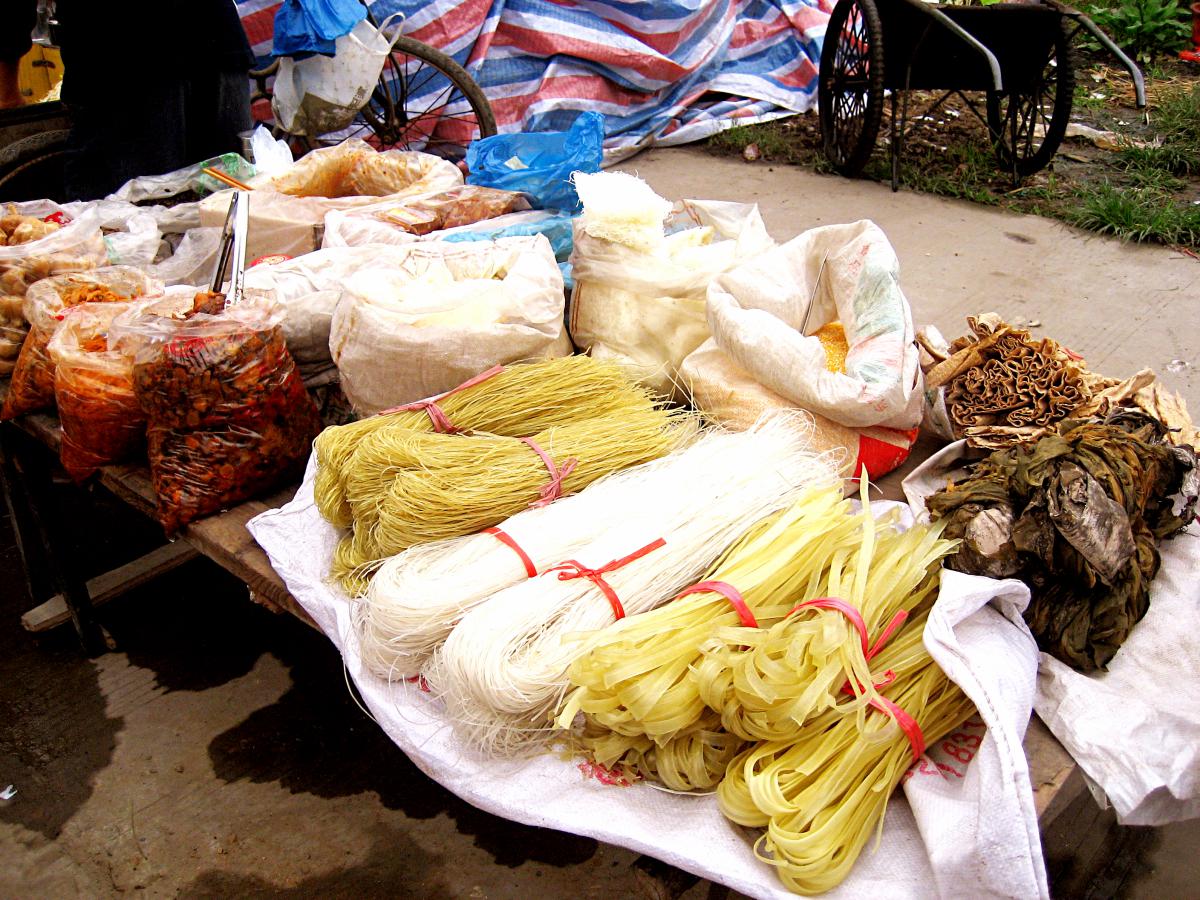 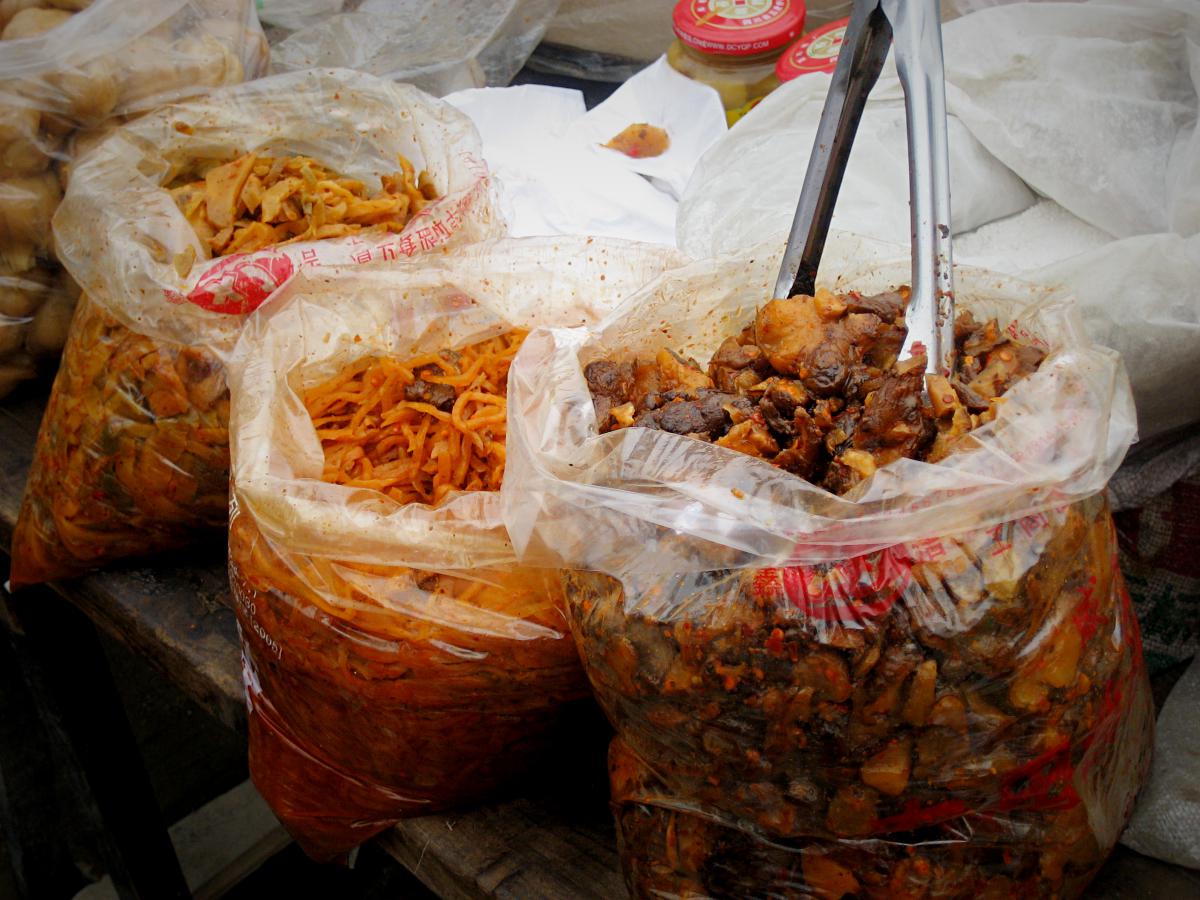 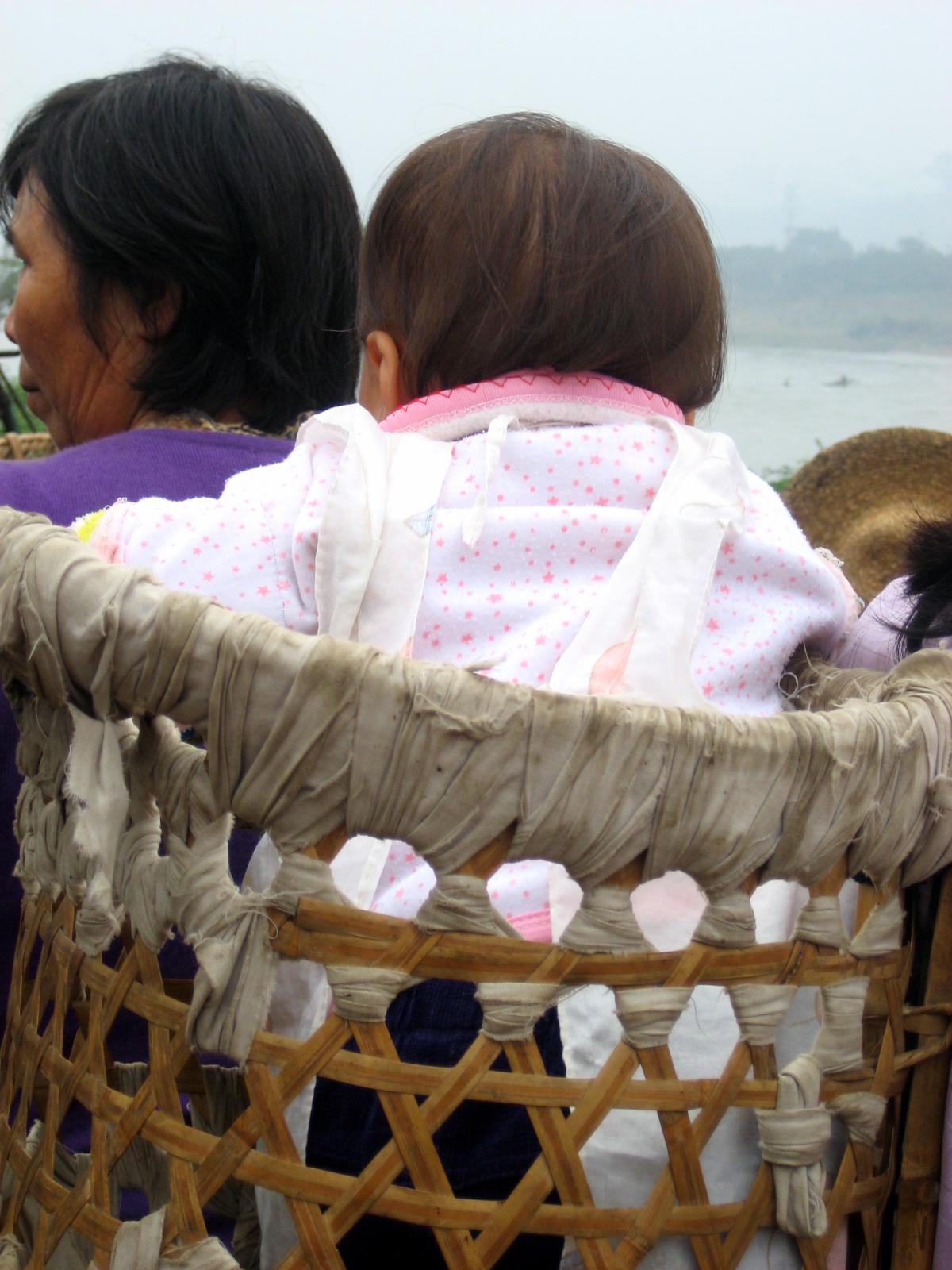 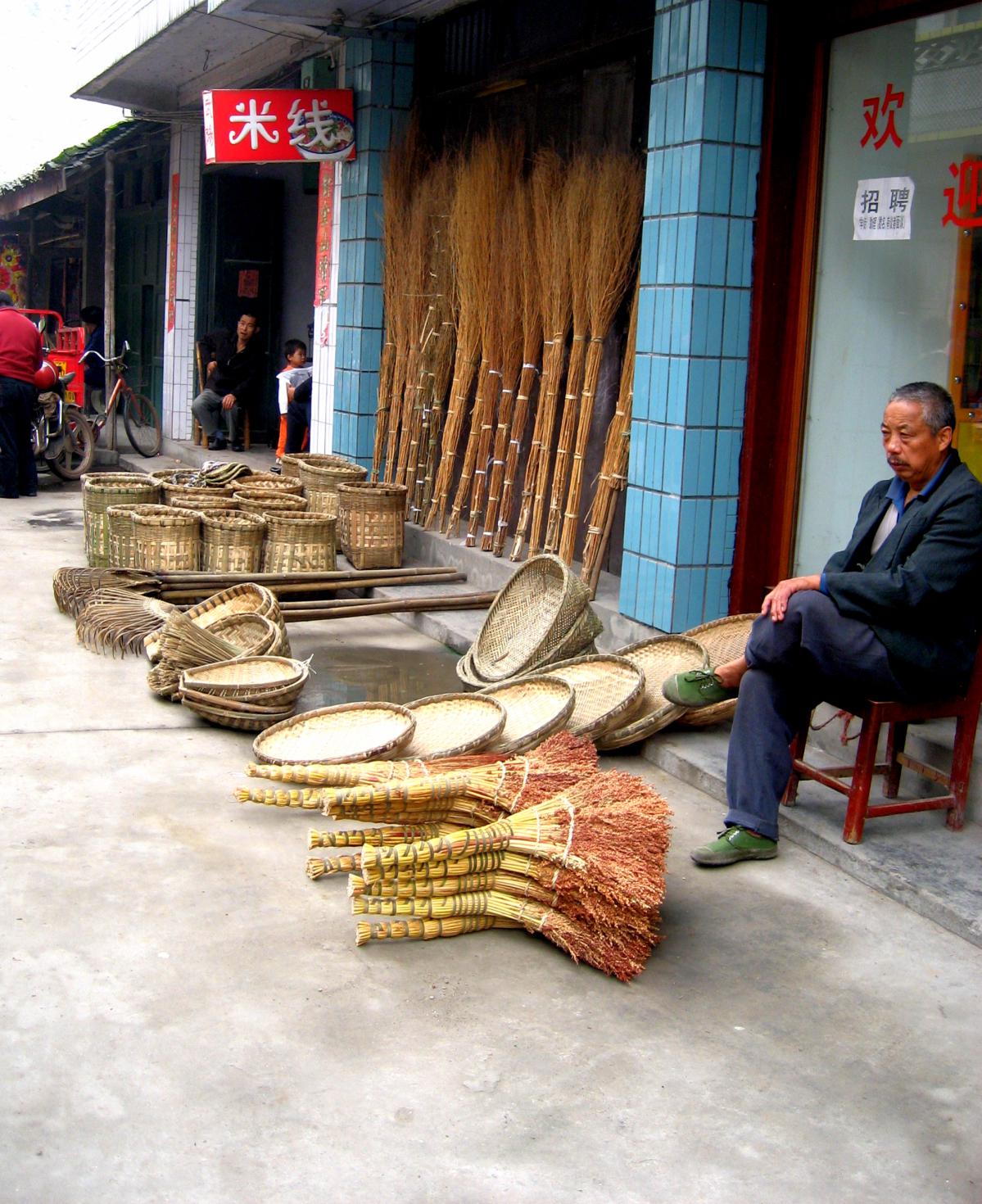 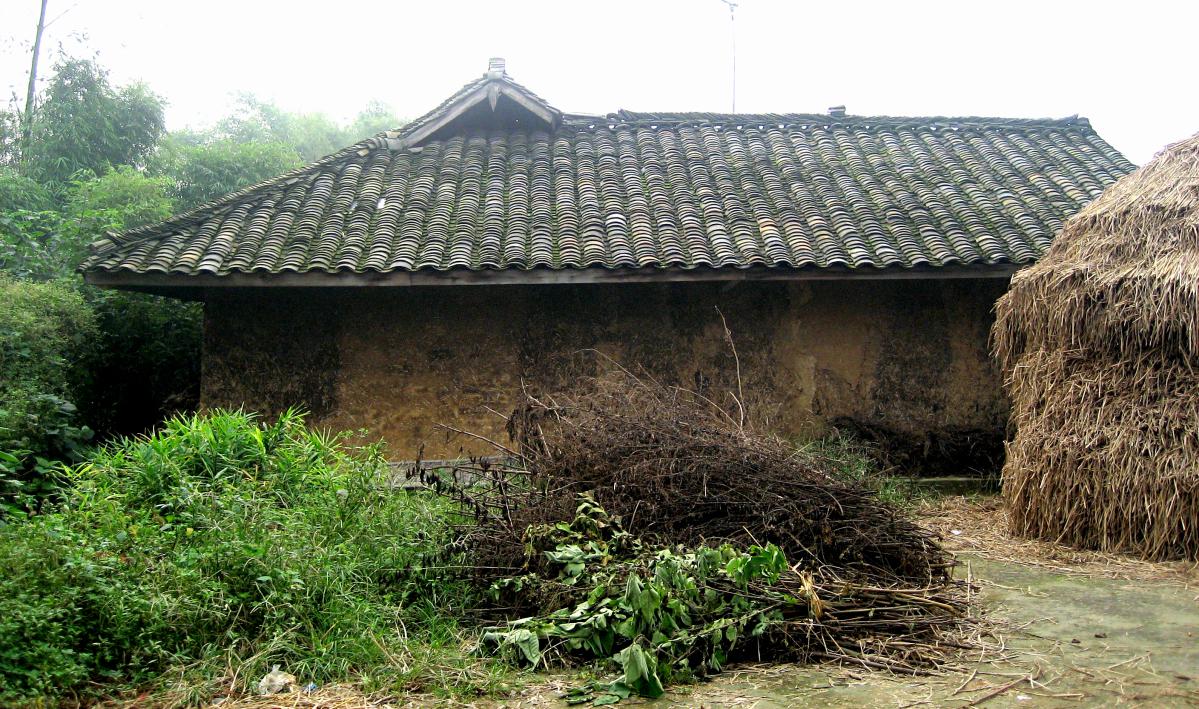 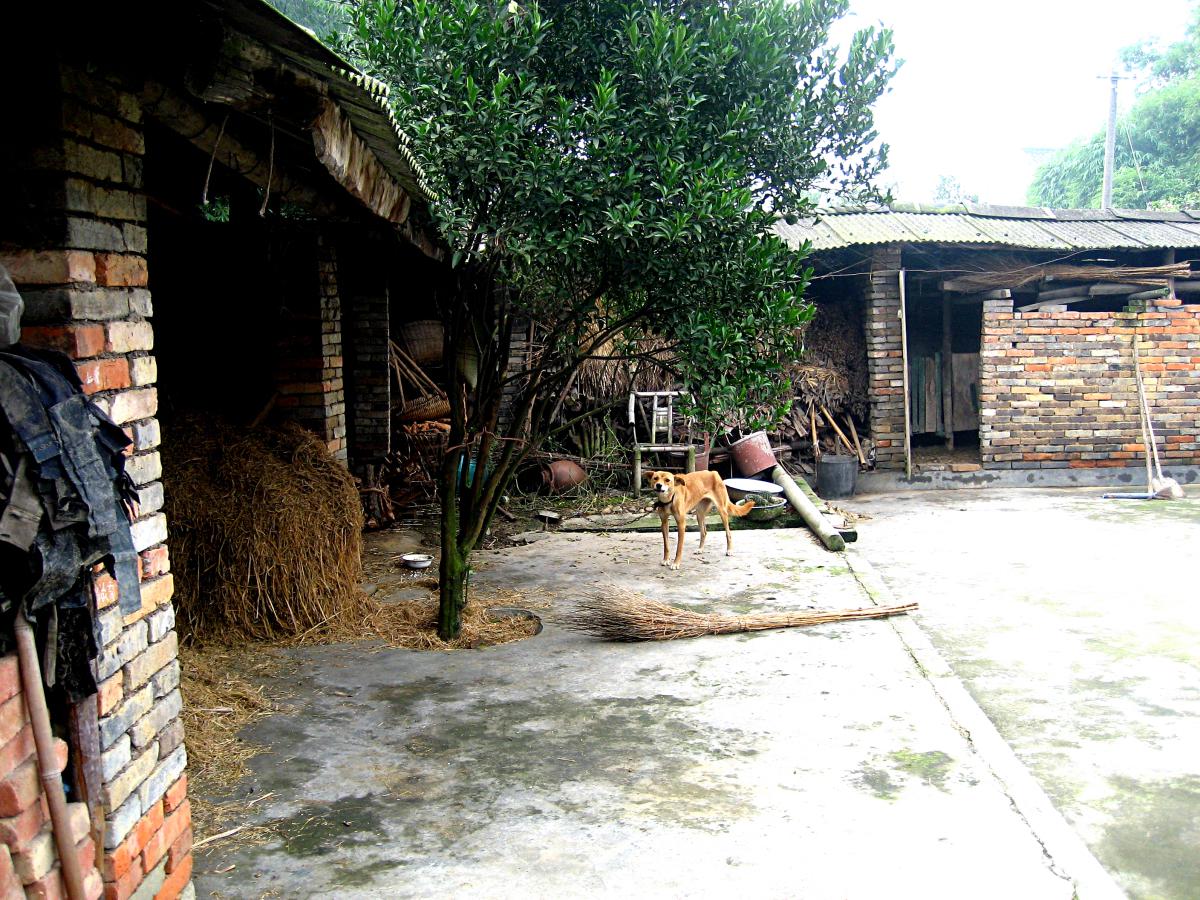 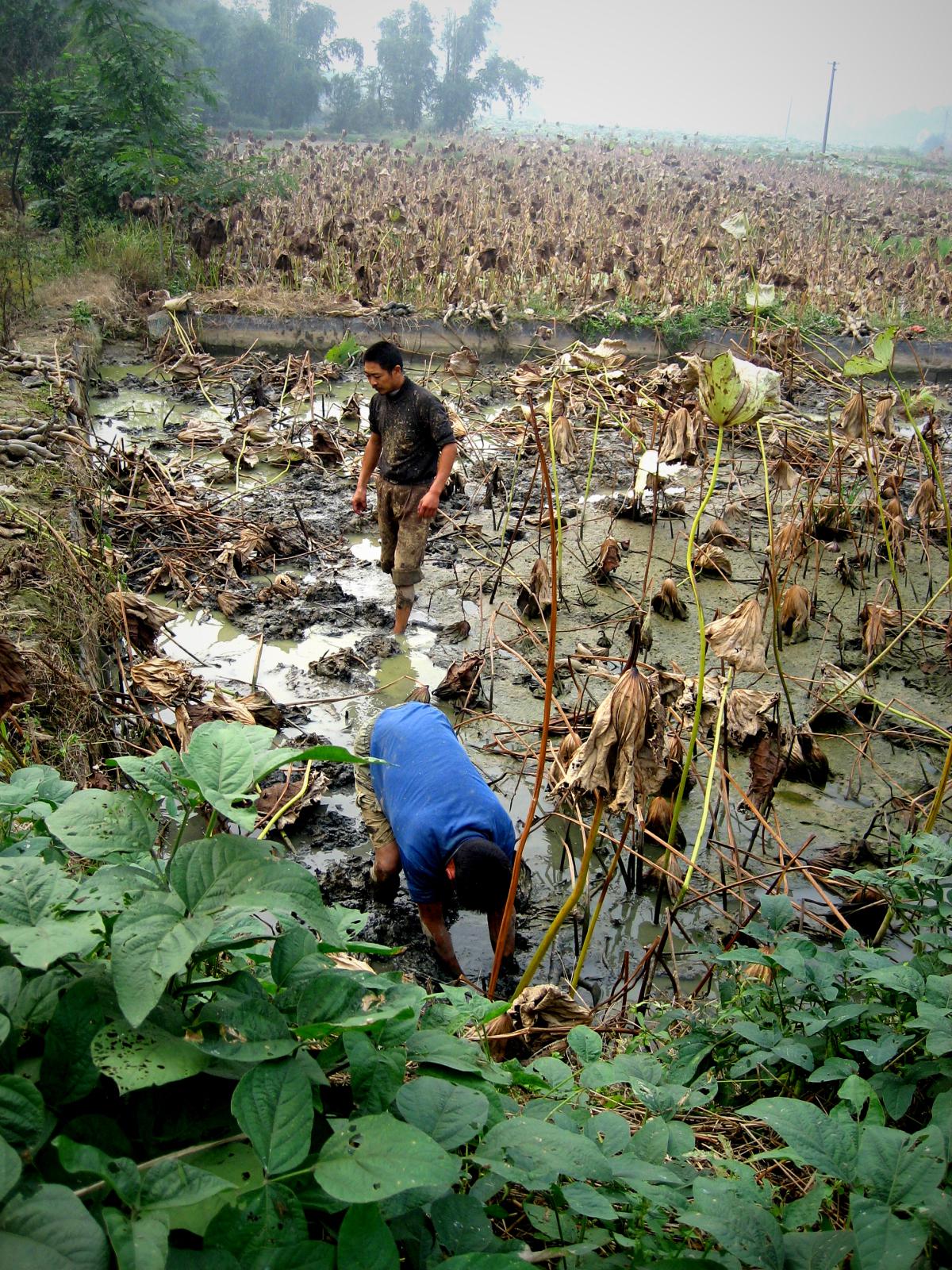 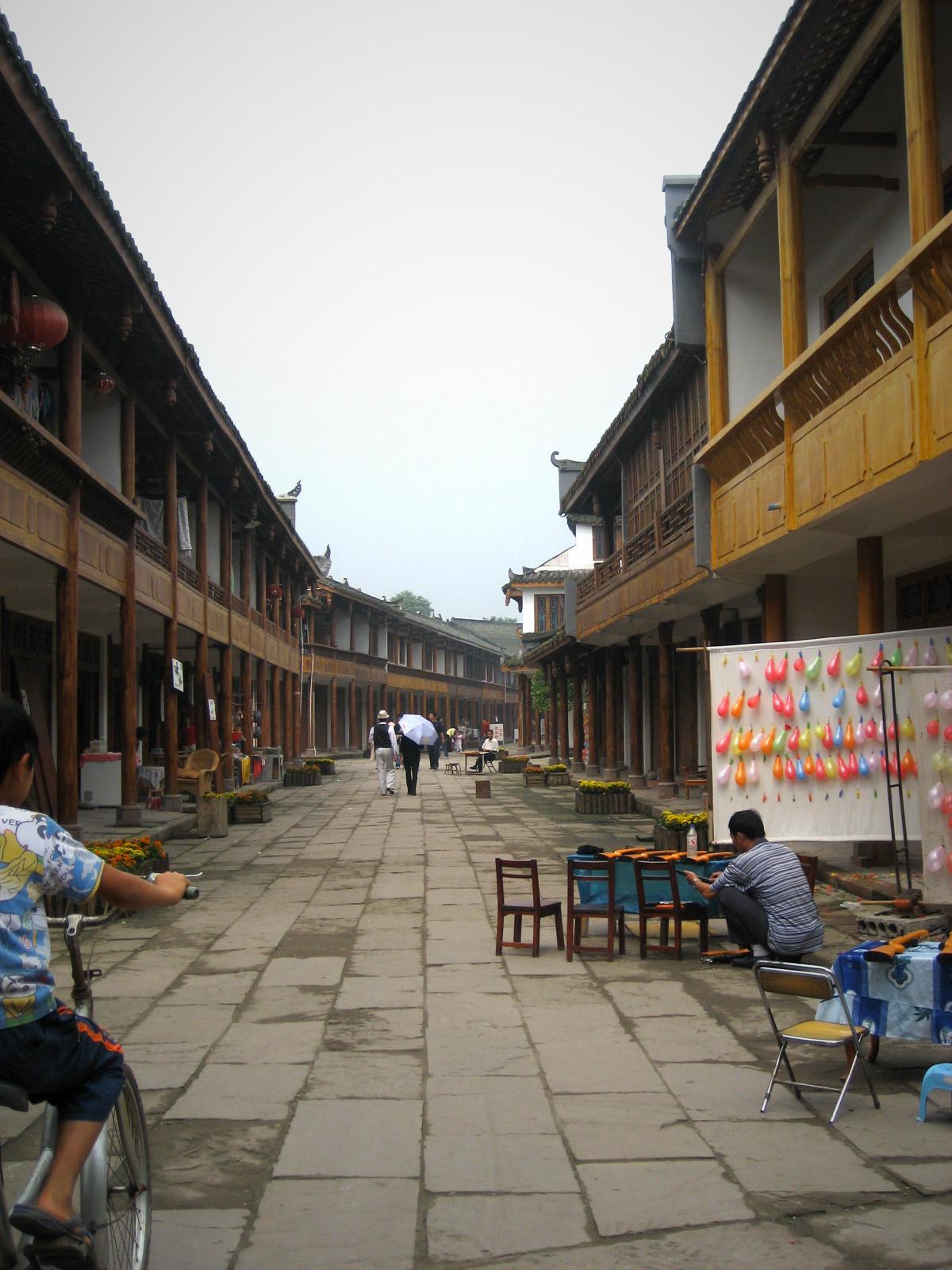 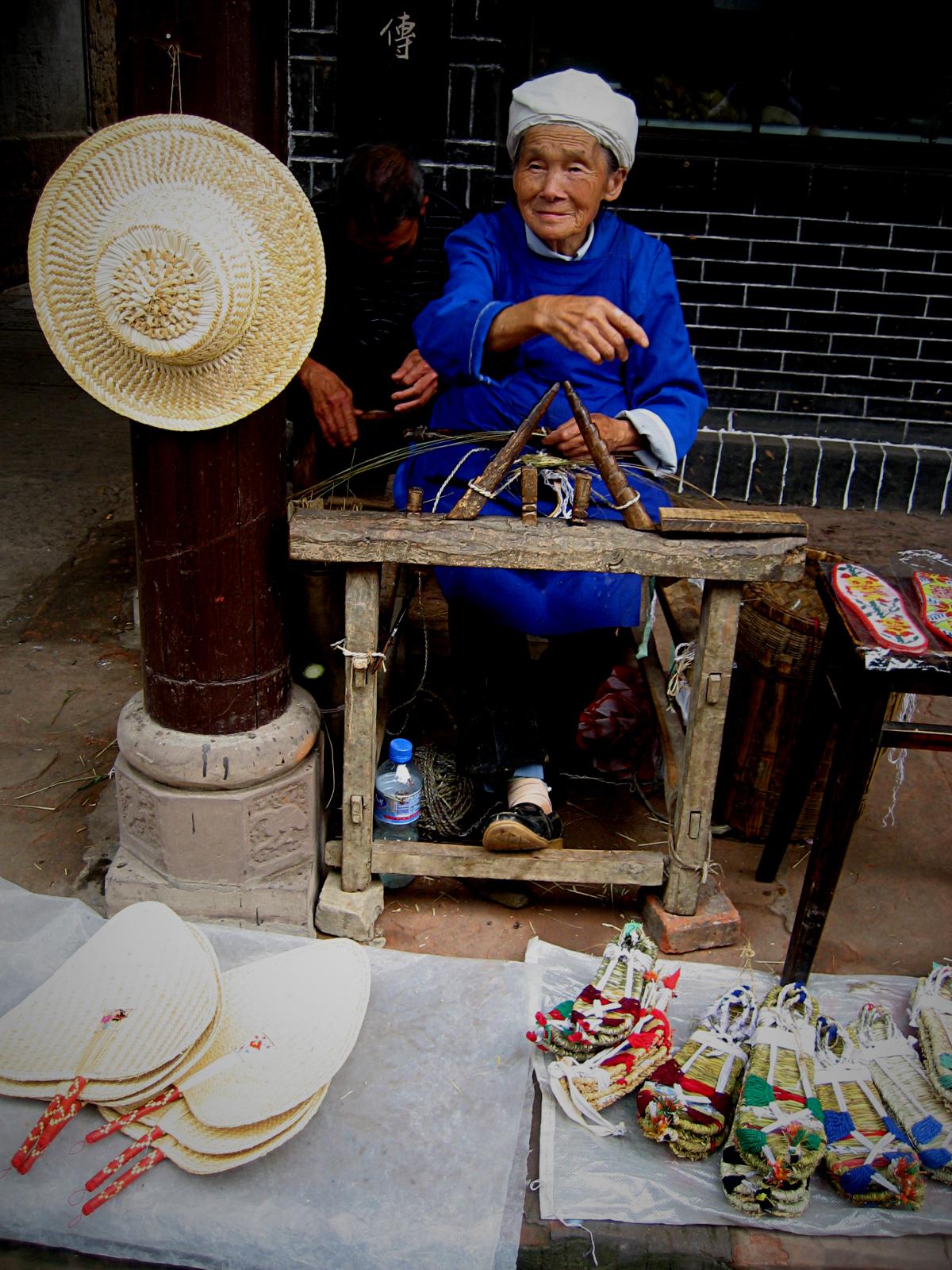 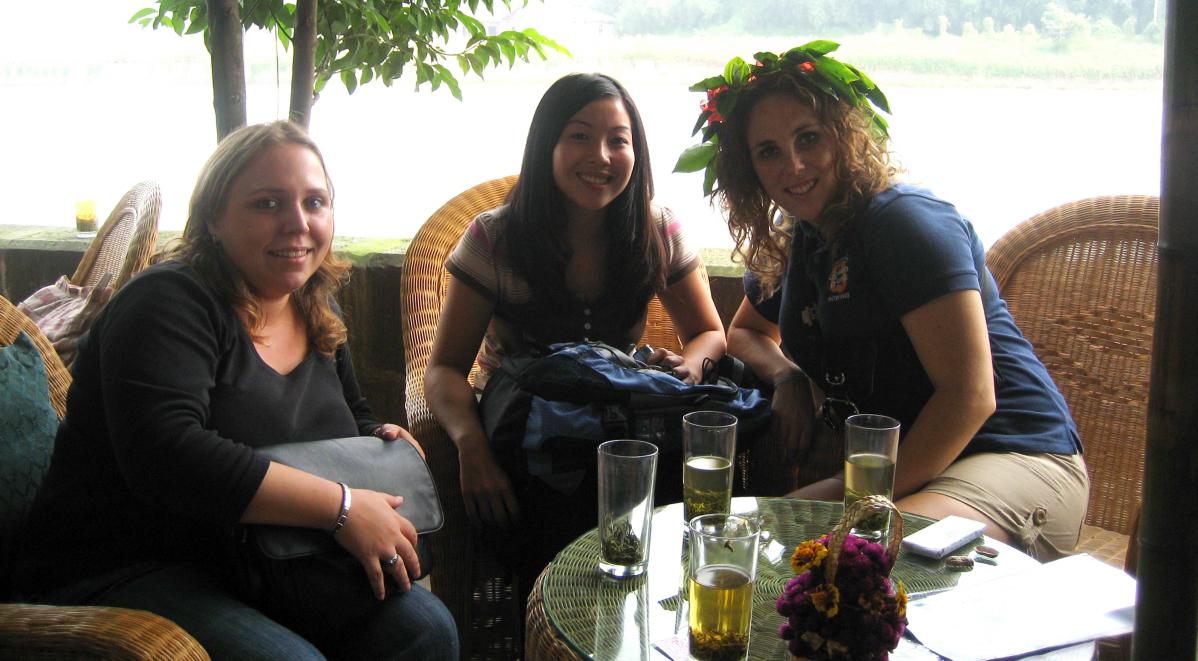 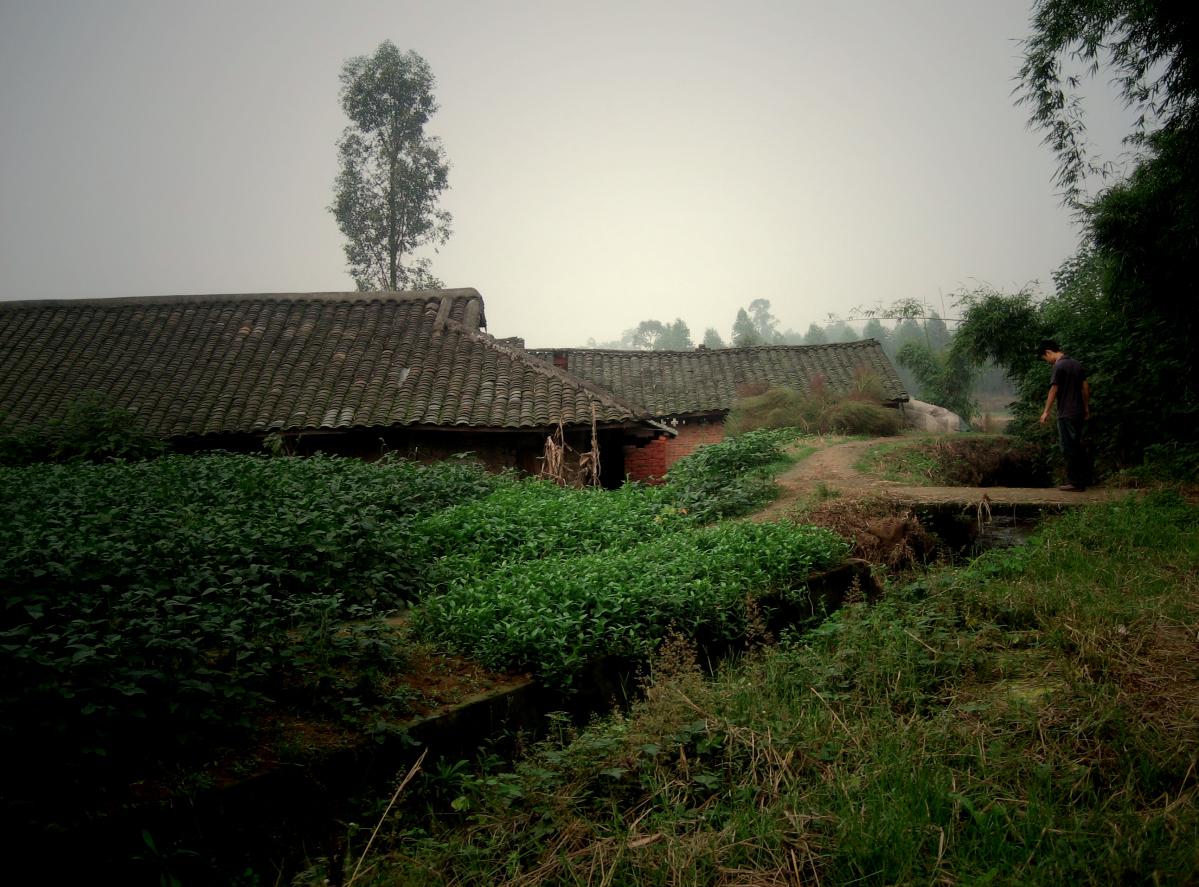 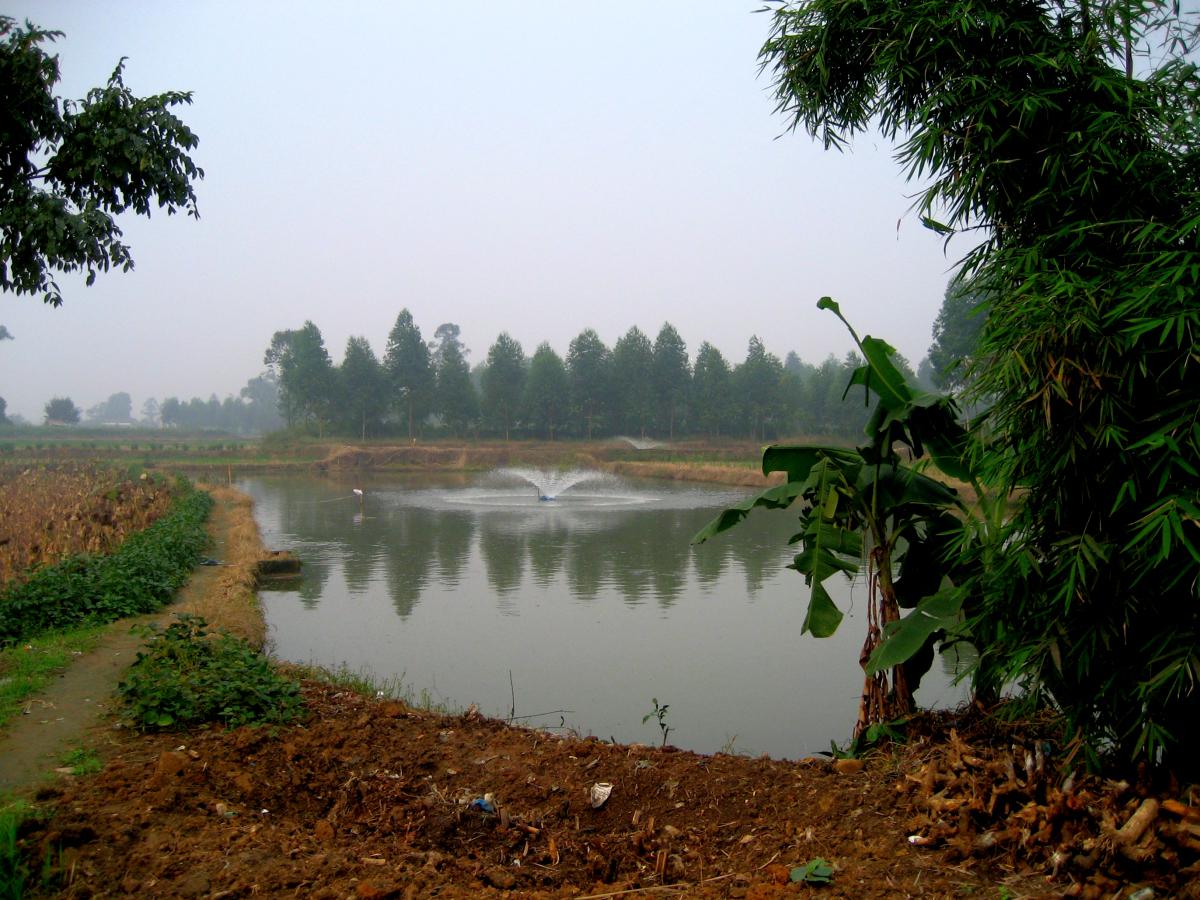 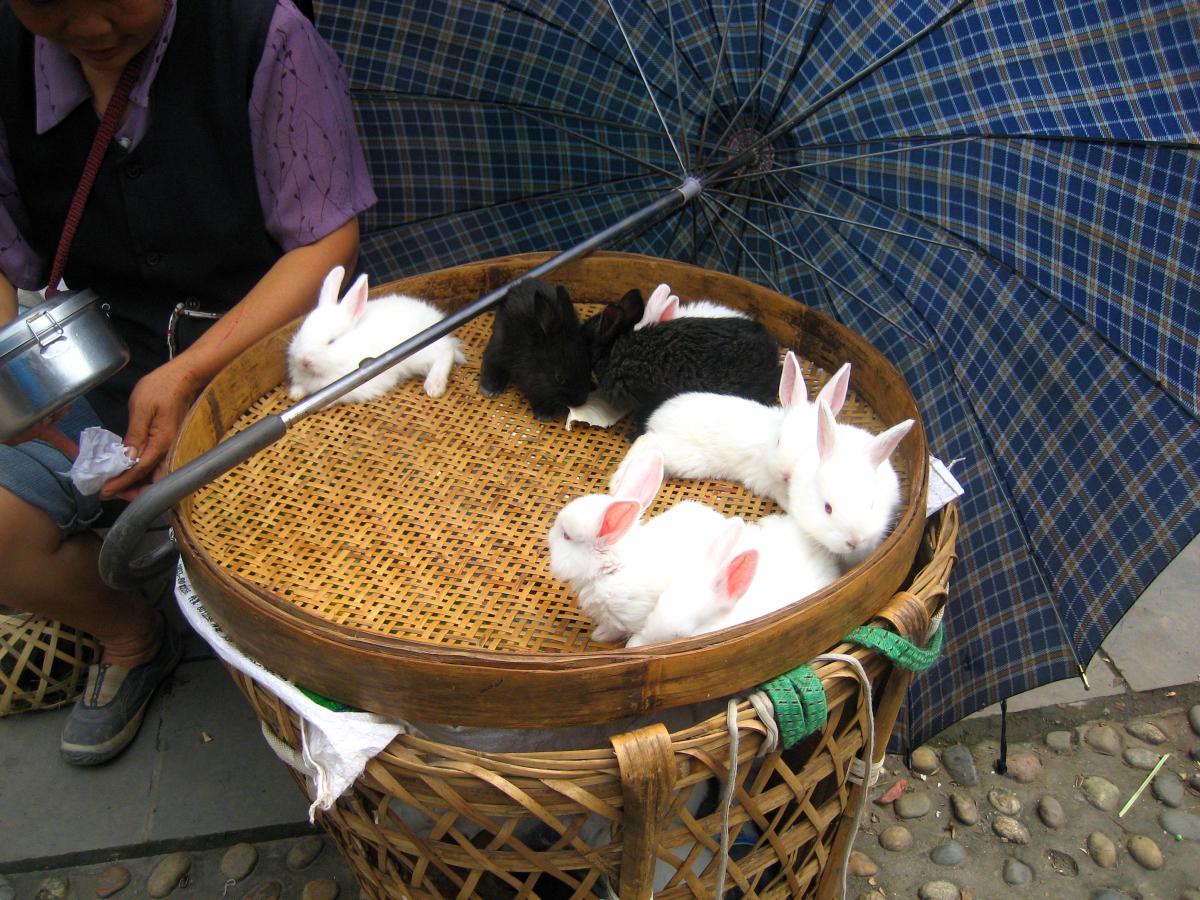