by MariaAbroad | My Experience in China | 3 comments 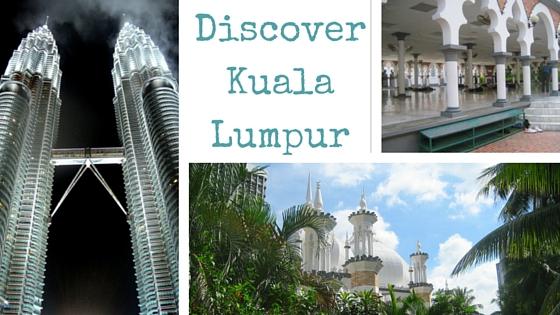 After I finally found a nice backpack in Beijing, I finally boarded the plane to discover Kuala Lumpur or KL as the Malay say, on Saturday afternoon.  After a six hour flight with Air China, I arrived at 11:30 PM in KL, went through immigration, got my backpack, went through customs and changed some money.  As soon as I entered the public area, I was surrounded by at least 10 cab drivers who offered me their services.  I had read that taking the cab to town is only cheap if you are at least 4 people, and since I was on a budget, I decided to take the fast train.  There is an even cheaper alternative, but I would have had to take a shuttle bus to the Air Asia terminal, which is about a 20 minute drive and by then, all shuttle buses to KL would probably be stopped for the night.  So I bought a 35 Ringgit one-way ticket for the fast train, which brought me at least close to my final destination, The original backpacker and travelers hostel in China town.  From the train station, I bought a taxi coupon to my hostel for another 20 Ringgit and finally arrived at the hostel at 1.30 AM.

There is more to Malaysia than KL though, so go check out these top 5 things to do in Malaysia!

And to explore KL, I recommend you follow this 2 Day Kuala Lumpur Itinerary!

The ORIGINAL Backpacker and Travelers Hostel

Like I said before, I had booked two nights at the ORIGINAL Backpacker and Travelers Hostel in Kuala Lumpur. Not sure if there is a FAKE Backpacker and Travelers Hostel in Kuala Lumpur, though it would be interesting to find out. I was welcomed by the manager, who spoke very good English, a very pleasant surprise when coming from China.  I checked in and went straight to bed.  Actually, I had planned to go up to the bridge of the Petronas Towers the next morning, but to get a ticket, you would have to get in line at 8.00 AM at the latest and I was just simply too tired and slept until 9.00 AM.  When I woke up, I had a thorough look at my room.  I had a Single Ensuite for 13 €, and I got what I paid for.  It really looked like a prison cell.  I had no window to the outside, but only to the hallway.  All walls, floor and ceiling were bare concrete and there was a 10 inch gap between the walls and the ceiling.  I still don’t understand, how the ceiling stayed up there and did not burry me alive…  The bathroom was also typical for Malaysia:  Shower over the toilet, and no toilet paper, but rather a hose with which you are supposed to wash yourself after, well after you did what you got to do…

I don’t know if its me, but somehow I feel I am too stupid to use Asian toilets.  First the Chinese squat holes, now a hose instead of toilet paper???  How can they use a hose to clean themselves and not be wet from head to toe???  I tried it once, when I was wearing a bikini, and if I had put on shorts or pants right afterwards, well, let me put it that way, it would have looked as if I had not made it in time to the bathroom…  Is there anybody out there who could solve this mystery for me, I’d really appreciate it.  I already thought about filming a documentary about the use of sanitary facilities around the world, sort of like: Sh***ing around the world for Dummies!!! 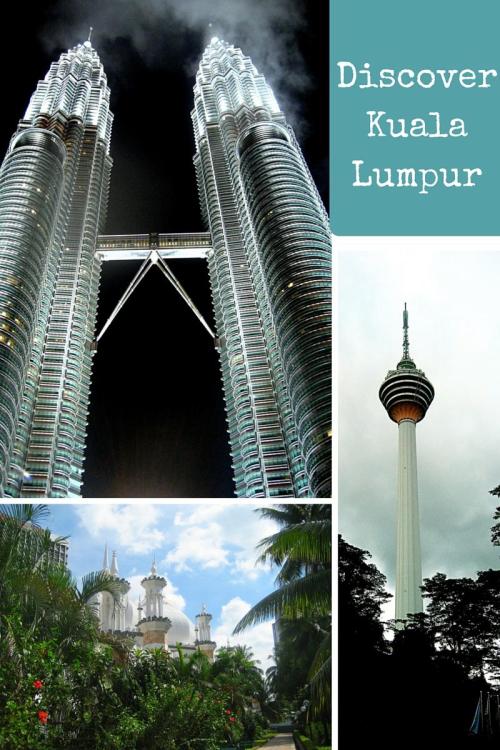 Back to KL…  After an American breakfast at the roof top bar in my youth hostel, I went out to explore the city a little.  I strolled around the streets surrounding my hostel and went shopping.  After two hours, I went back to my hostel to talk to the travel agent there.  My intended route was as follows:  Spent one more night in KL, then go to Tamen Negara, a national park with the oldest rainforest in the world, then take the jungle train to Singapore, spent one night in Singapore, then head to Pulau Pangkor, a little island and get some rest on the beach, and then head back to KL to catch my flight back to Beijing.  When I showed my itinerary to the travel agent, he suggested to book a flight to Langkawi, a little island close to the border to Thailand, then head over to Kota Baru, take the jungle train to Tamen Negara, then go to Singapore and then back to KL.  We checked out prices for flights to Langkawi for the next day and since the airfare was only 30 €, the flight was booked and my new itinerary was in action, or so I thought…

After setting up my new travel route, the travel agent asked me what my plans were for the rest of the day.  I said I wanted to check out little India, and he offered me to take me there during his lunch break.  He was a very friendly guy and he even bought me a day ticket for the subway.  He told me, that little India was not much more than a tourist area, and he showed me a quarter of KL, where the “real” Indian people of KL lived.  He kept on warning me about people in KL, who would be very friendly to me at first and then they would take advantage of me, so I should be careful with whom I talk and I should not go with any stranger.  When we got to the “real” little India, he had to go back to the hostel and I went for some authentic Indian lamb curry. For the equivalent of just a few bucks, I ordered enough food for a whole family and enjoyed my spicy treat.

Nomadic Notes has an amazing collection of links and resources about Kuala Lumpur! Go check it out!

After my lunch, I took the subway to Masjid Jamek, a beautiful Mosque in the city center.  I had to wear a veil, which I did out of respect for the religion, but it still felt very strange. I constantly fiddled with my hijab in fear that it might slip off or not cover me properly.  I wandered around the Mosque, which was very interesting, especially, since it is sort of an outdoor Mosque, which I had never seen before. I had been to the Blue Mosque and Hagia Sophia in Istanbul, but they were closed buildings.  The Mosque was surrounded by a beautiful garden with exotic flowers and lush palm trees.  I found some nice benches in the shade and decided to rest a little, since the heat and humidity were almost unbearable.

As I was sitting there, a man came up to me and asked me, if he could talk to me.  He introduced himself as Mohammed or Andy, whichever I prefer.  We started talking and I told him about my plans to go to Langkawi the next day.  As luck would have it, he used to work in Langkawi and he told me a lot about the little island.  He was very nice and friendly, but due to all the warnings I had heard from the travel agent, I was suspicious about his intentions the whole time.  He asked me about my contact information, and I gave him a faked name and phone number…  I know it sounds bad, but I was traveling alone after all, so I thought better safe than sorry.  I have never ever experienced so friendly and helpful people and  I guess I am just not used to this.  After talking to him for about an hour, I wanted to go off to the TV tower to get the birds perspective of KL.  Even though Andy came to the mosque to pray, he decided that Allah would understand and he walked me all the way to the TV tower. 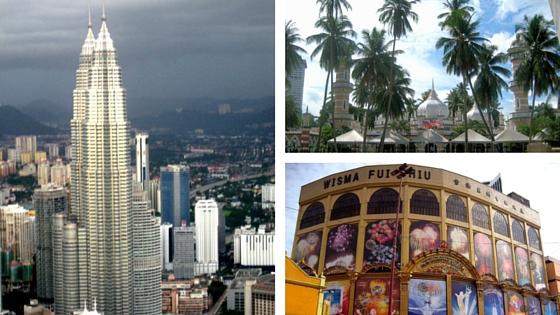 When we got to the TV tower, I stumbled and hit my toe on a stone.  It was bleeding pretty bad and Andy ran off to get me a band aid.  He got the whole staff of the tower involved in helping me.  It was very nice of him and at that moment I knew for sure, that he had no bad intentions at all.  He just wanted to show me his city and be friendly and hospitable to a little foreign girl.  Unfortunately, I did not have the guts to tell him, that I had given him the wrong phone number and a wrong email address.

From the viewing platform of the TV tower, I had a splendid view of the whole city.  It was so beautiful, especially the Petronas Towers.  They are so amazing and they always remind me of the ivory tower in The NeverEnding Story.  They are so amazing during the day, but at night, their true beauty comes out.  After I watched a non-existing sunset (due to bad weather), I went down and walked to the Towers through the rain.  It was still very hot and humid, so whether you left your rain jacket on or off, you’d still be soaking wet after about five minutes.  But as soon as I stood in front of the Towers, I did not care any more about the rain.  I just stood there in awe and admired them.

After a while, I took a cab back to my hostel and went out for some food.  I actually wanted some authentic Malayan food, but since I stayed in China town, this was no easy task.  I was tired and hungry, so I settled for some Chinese food.  I was sitting next to a young girl, who was alone as well.  It turned out that she was from Australia and she joined me on my table and we had a nice chat.  After a short while, the neighbor on the other table started chatting with us as well and convinced us to come to a Reggae Bar with him.  So we did.  I had a great day and a fun night and the next day a pretty bad hangover on my flight to Langkawi…

If you want some more info on what to do in Kuala Lumpur, you have to check out this Malaysia Travel blog. They have some pretty cool suggestions 🙂