Did Study Abroad Help Your Career? Interview with Joe Baur 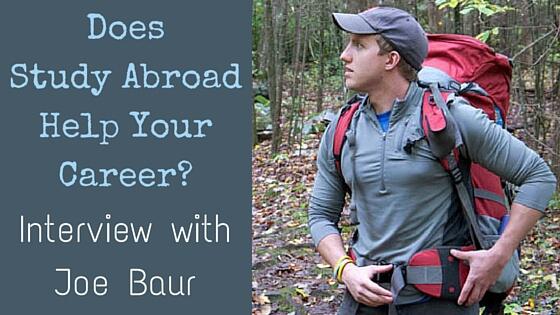 Did Study Abroad Help Your Career? Interview with Joe Baur

Will study abroad help your career? Many people who study abroad think so. I am happy to share an interview with Joe Baur with you today about his experience abroad and especially how studying abroad in India and Costa Rica has impacted his career. He blogs at JoeBaur.com and also has a really cool Travel Podcast that you should check out: Without a Path.

Joe created a documentary film while studying abroad for a summer in India that premiered at the 2014 Human Rights Human Wrongs film festival in Norway. He also spent August 2014 – June 2015 living in Costa Rica where he studied for his Master’s at the United Nations-mandated University For Peace.

Did study abroad help your career by getting a job or a promotion?

UPEACE itself didn’t help me get a job, but I ended up working for The Tico Times as a result of being in Costa Rica and doing a bit of networking. Since then, the benefits have been more indirect. Living in Costa Rica allowed me the opportunity to travel extensively throughout the country as well as Central America. So, now I have a ton of travel content from a region that isn’t covered quite as extensively, and I have no doubt it’s led to some opportunities since then. It also forced me to write my first travelogue on living in Central America, which should be coming out in the near future.

Did studying abroad help you to gain a specific skill that you needed for your job? 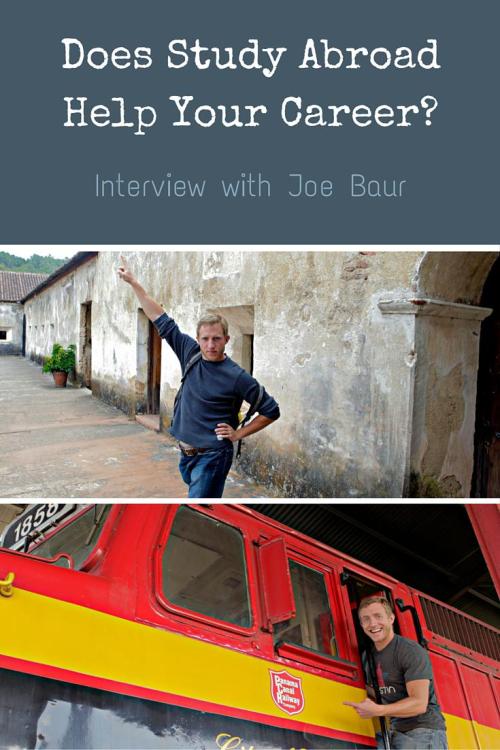 Studying abroad in India taught me to see the world with a bit more nuance. I feel like many U.S. Americans are raised with this  “we’re the world’s superpower and awesome and the best and that’s it” mentality. So, traveling to India broadened my horizons simplpy by being in a foreign country and interacting with different people. I’d say it made me a more independent, curious person, as well.

Did study abroad make you change your career choice?

Not change, but it certainly pushed me along this idea of telling stories that people don’t already know. I’m less inclined to go to Paris and talk about the Eiffel Tower than ever before. But, I’ll go to some Parisian neighborhood that nobody in North America is talking about and see what’s going on there, or I’ll spend a week in El Salvador to show people back home that there’s more than violence going on there.

Did study abroad have any negative impacts on your career?

Absolutely not. Studying abroad is the smartest decision anyone can make.

What an inspiring story, don’t you think? Did  study abroad help your career? Please share your experience in the comments. And don’t forget to check out Joe’s blog!

Joe Baur is an author, writer, filmmaker and podcaster whose work has appeared in a variety of domestic and international publications. He’s the director of numerous travelogues and short documentaries from across the globe as well as host of the Without A Path travel podcast, featuring conversations with writers, photographers, and other professionals whose lives have been heavily impacted by travel.