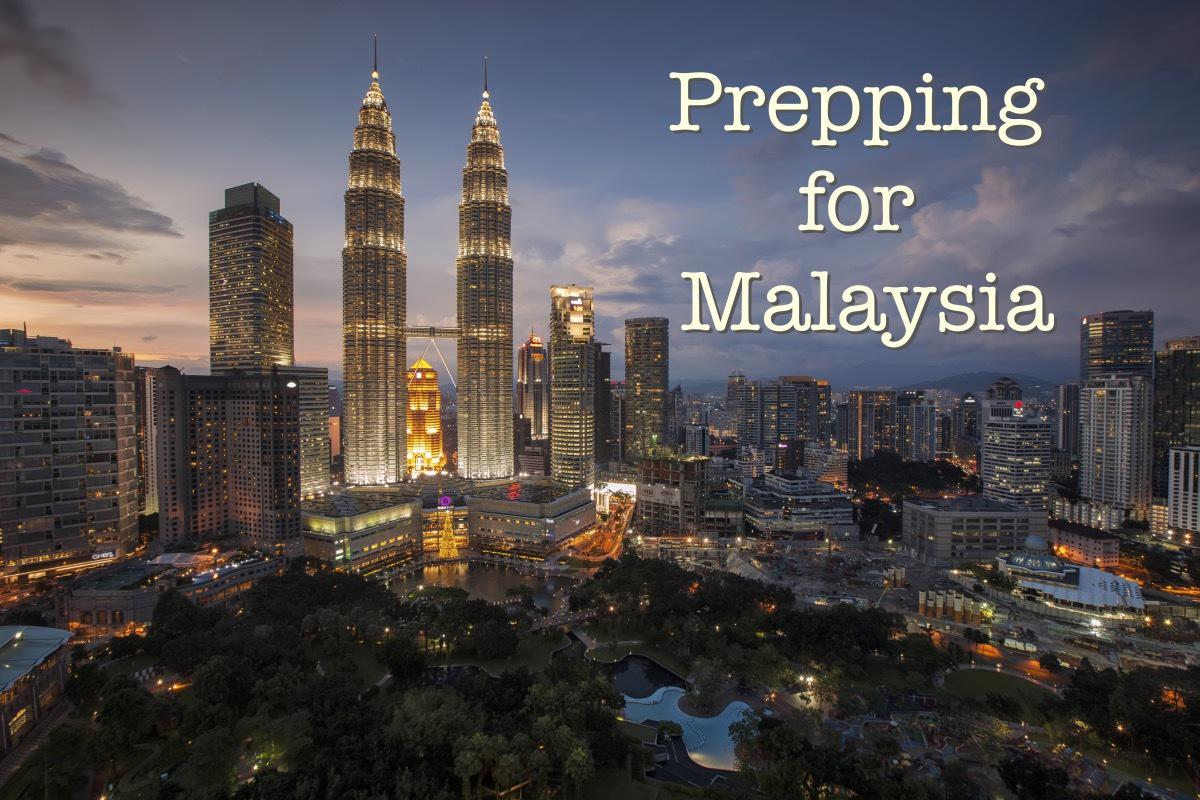 Due to the strange regulations of my visa, I can only stay in China for 60 days at a time.  As I will be in China 60 days on November 5, 2007, I have to leave the country before or on this date.  Foreign expats with the same kind of problems usually go to Hong Kong for one weekend.  But I have been to Hong Kong and so I decided to do something a little bit more exciting.  Yes, I know, my life is sooooo boring at the moment….

So I decided to fly to Kuala Lumpur, Malaysia and spend a nice 12 day vacation there backpacking through the country.  My plan as of right now is as follows:

This will be my first backpacking trip, so I have to go shopping before I go…  Since this will be a backpacking trip, the most important item will be a backpack, obviously…  As Chinese are not too much into backpacking, but rather prefer to stay on the beaten path, I have never seen many outdoor stores that sell high quality backpacking and travel gear.  As I don’t have that much time left before my departure, I did some research on the LP Thorn tree forum.  Several posts referred to Decathlon, a French sports equipment company.  I thought it might be a good idea to go there, as I was sure they will have plenty of good quality and Western brand products.  So I found their address on the internet (city weekend Beijing) and asked one of my colleagues to write it down for me in Chinese.  Well, that’s where my odyssey began…

So far so good… Right after work I took a cab and showed the paper with the address to my cab driver.  As usual, he did not have a clue, where it is, so he called his colleague.  I think Chinese cabs won’t start unless the driver confirmed directions in a heated discussion with at least one colleague。After a short while, we took off and of course we got stuck in heavy rush hour traffic.  After about 25 minutes, my driver stopped and asked a pedestrian for further directions.  Still normal for a cab ride through Beijing.

Am I being Kidnapped?!?

Then something strange happened:  We drove to a hotel and my driver dragged me out of the taxi and into the hotel. I did not have a clue what was going on and thought he wanted to rip me off.  But au contraire, he figured that the receptionist could speak at least some English, so it was actually a great idea.  The receptionist, however, felt rather insecure about her English skills, so she called her friend, with whom I had to talk on the phone.  This friend tried to convince me to go to a different shop, where I could buy nice backpacks, too.  The problem is, that most Chinese don’t know what backpacking is, so when they talk about backpacks, they rarely mean something bigger than a small daypack. I hung up and asked the receptionist whether they had internet access on their computers.  They did not, but she brought me to the office of the hotel manager and after throwing him out, I searched the net for the address again.  It was the same address as on my paper, so that was not the problem.  City Weekend simply put the wrong address on their website.  Thank you City Weekend.  Then we Googled Decathlon and found a phone number.  We talked to one of their managers who spoke very good English and he told my cab driver how to get to the store.

Off we went again.  We went back almost the same way we had come from.  Suddenly I saw a rather familiar sight: IKEA!!! Since I live right next to it, I now had an idea where I was.  As it was already close to seven by now, and the City Weekend site said Decathlon closes at 7:30, I thought about telling  my cab driver to bring me home instead.  But I was so excited to look for a nice backpack, that I could not resist.

We kept on driving and the clock kept on ticking away time.  Still no Decathlon in sight.  Then, at 7:35 I spotted the familiar blue sign with white writing: DECATHLON.  Luckily, the website had mad a mistake with the opening hours as well, so the store was still open and would be open till 9 PM!!! Lucky me, at least that’s what I thought before I entered.

They had backpacking backpacks, yes, but only one brand, which I had never heard before. I read some reviews about backpacks and even though I still don’t have much clue about them, at least I know some brands and Quechua was not mentioned on any of the posts or in any review… Let me know, if you have any experience with this brand, I am really curious now.

I decided that Quechua backpacks are not for me and tried on some pants and jackets.  To my surprise, they were not too tight, but rather too big, which was a welcoming change for going shopping in China.  Unfortunately I could not find any pants that fit right, I don’t think Chinese cuts correspond too well with my figure….  So all I bought was an original Quechua rain jacket.

All day I could not stop smiling about my adventure Malaysia, but those 3 hours really got to me, so I went to KFC for some comfort food.  After that, I took a cab back home and went to bed early…  Tomorrow I will set out to find another location to find a backpack.  Wish me luck!!!