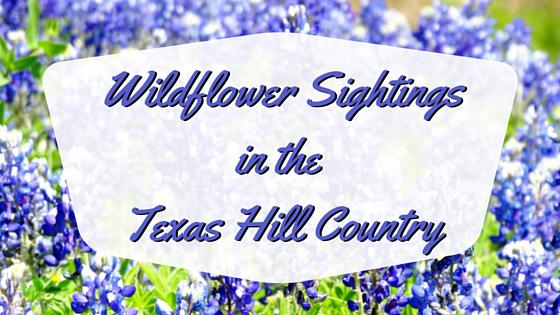 It is this time of year again. The Texas Wildflowers are blooming. All over Texas, the countryside turns into a painter’s palate of blues and reds, yellows and purples dotting the fresh green of spring. A friend of mine told me all about her Ennis Bluebonnet Trail adventure and so this year, I finally had to go see the Texas Wildflowers myself.

So last weekend, we (the husband, my mother-in-law and I, and our lovely dog Robby) took a drive through the picturesque Texas Hill Country – one of the most stunning places to visit in the South – to enjoy the peak season of the Texas Wildflower bloom and were rewarded with some stunning pictures. The Texas Hill County is a perfect day trip from either San Antonio or Austin, and even if it is not Texas Wildflower Season, I am sure you’ll enjoy the beautiful rolling hills and picturesque farm land. There are simply so many fun things to do in Texas Hill Country, you should definitely put it on your Texas bucket list!

When is Wildflower Season in Texas?

The tricky thing about seeing the Texas Wildflowers is that they don’t arrive on a set schedule, they don’t bloom in the same spots every year and they always seem to disappear much quicker than anticipated. So if you are planning a trip to Texas to see and photograph the wildflowers do some research before to increase your chances. Yet just like with the Cherry Blossom Blooms all over the world, you can never guarantee that you’ll be at the right spot at the right time.

As you drive through the Texas countryside, you see patches of colors popping up along the highway. Wildflowers are a big thing in Texas and taking your family portraits in a patch of Bluebonnets is like a rite of passage for a true Texan. There are even Facebook groups dedicated to Bluebonnet sightings in the Lonestar state. So before we went on our little day trip, I had a look as well. According to the Group’s members the Hill Country was going through its peak bloom last weekend and the closest spot to see lots of wildflowers was between Fredricksburg and Llano. Here is a link to our route, if you are interested, where exactly we went. Oh, and when you are in Llano, check out Cooper’s BBQ. It is one of the best in Texas!!!

As we were leaving San Antonio on I-10 heading West, we saw beautiful colors along the Highway. We had a little pitstop in Fredricksburg for some coffee and antique shopping and then continued our way up north, following a small and winding country road (FM 2323) toward Llano. At first we didn’t see anything. I was actually getting kind of anxious, wondering if we had driven almost 100 miles for nothing. But then the first patches of blue and red started to appear again. And all of a sudden we found ourselves in the middle of a Monet painting. Reds and blues mingled and followed the grey road like a colorful river. Yellow lakes appeared in the open spaces. And we stopped and took pictures. Drove and stopped again. It seemed like every corner would open up an even prettier view that trumped the previous ones. 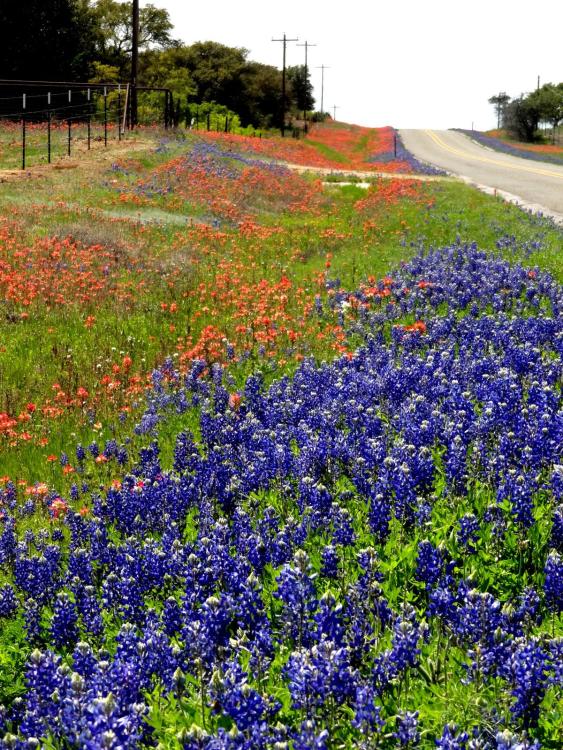 The star of the bunch is naturally the Bluebonnet, also the State Flower of Texas. If you miss Bluebonnet Season in Texas (usually from mid March to mid April, depending on temperature, rain and a sprinkle of randomness), you will still see Bluebonnets around everywhere. I mean EVERYWHERE! On license plates. On business cards and product labels. On pictures, paintings, maps and murials. On dish towels, T-shirts and other memorabilia. The Texas Bluebonnet is everywhere and on anything. 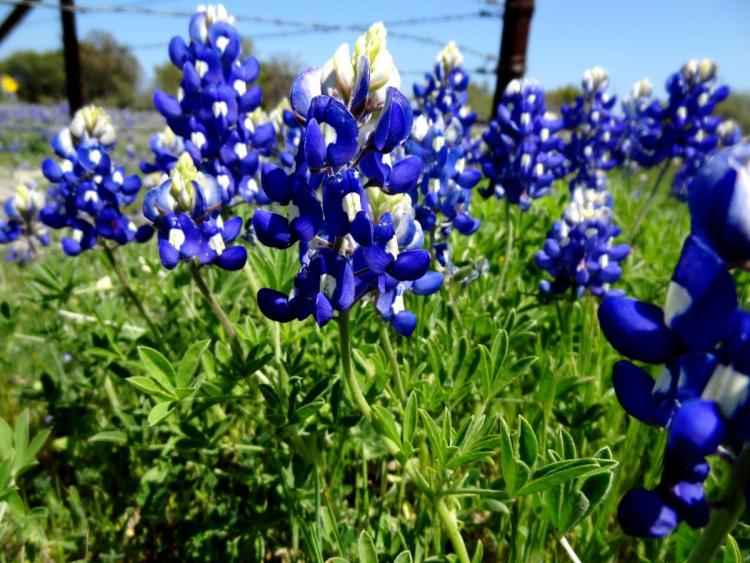 I have to tell you a little secret. I actually like the Indian Paintbrushes even better than the Bluebonnets. Their bright red color is just so stunning as their blooms follow the small country roads like a crimson band over the hills and around the bends. What do you think? Which is your favorite Texas Wildflower? The Bluebonnet or the Indian Paintbrush? 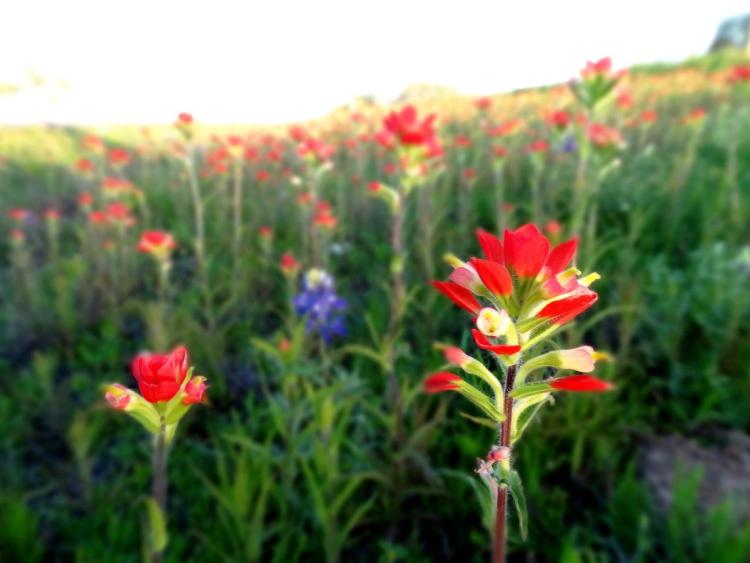 Meadows shining bright yellow with the blooms of Golden Ragwort as far as the eye can see. Like miniature daisies, they cover the wide open fields from Canada all the way to the Gulf of Mexico. 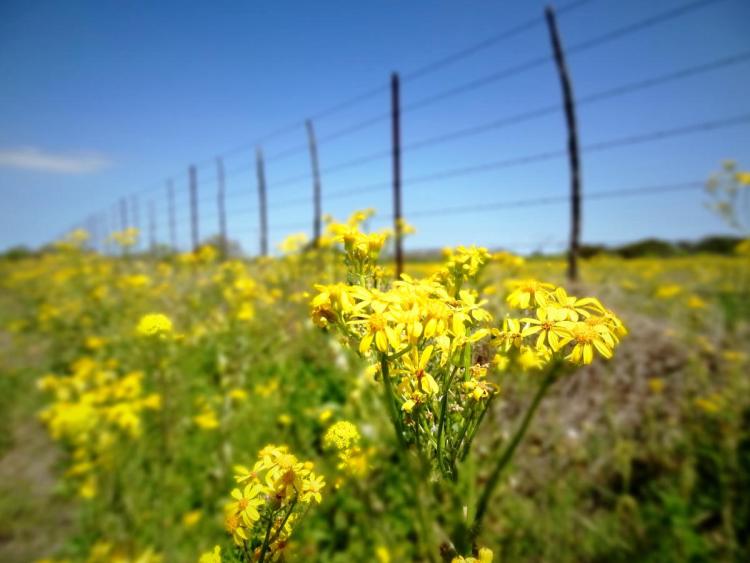 Of course, a road trip to see the Wildflowers would not be complete without a Family portrait. And who would miss such an opportunity to take pictures of their sweet dog? 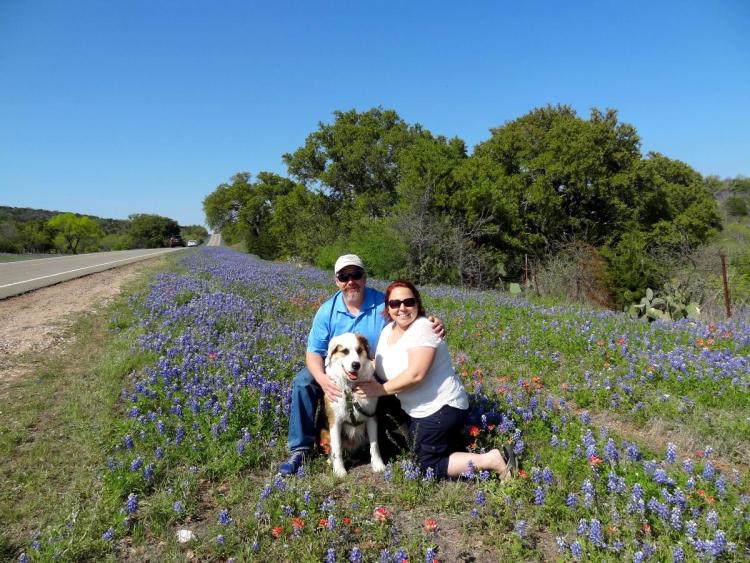 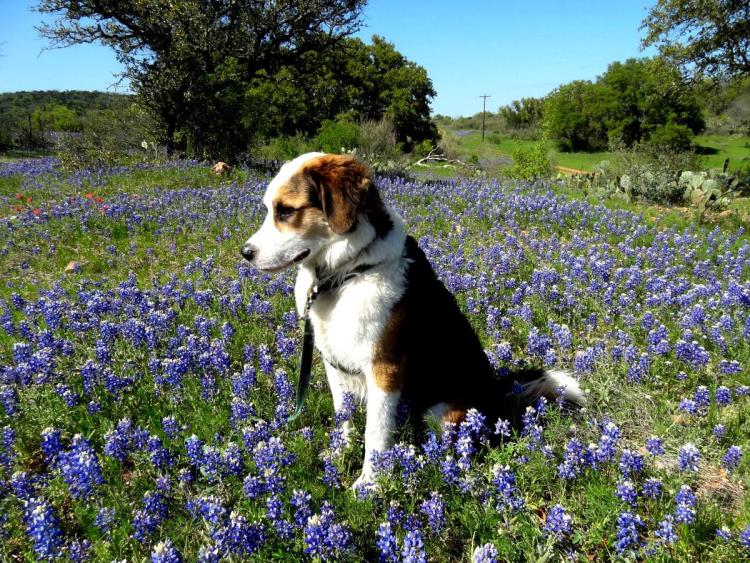 Texas BBQ is in a class of its own. The best places are usually out in the middle of nowhere and tucked away in a cute country town. While my heart will always belong to Salt Lick, we had some pretty tasty BBQ at Cooper’s in Llano. As we had the dog with us, we packed up our meat to go and had a little picnic on the river. 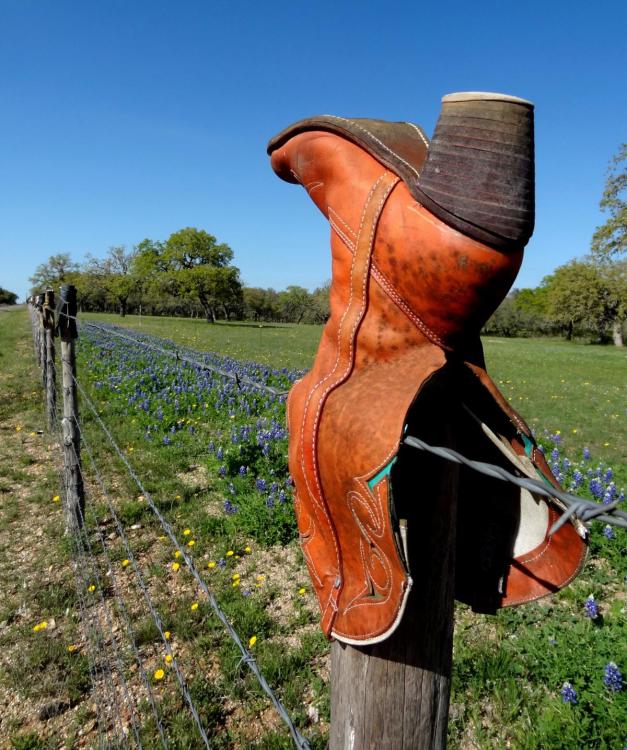 Yup, it doesn’t get much more Texas than that: Cowboy boots on the fence. If you are taking a drive through the Texas Hill Country around Fredricksburg, make a little detour and take the Willow City Loop. It is a very winding and scenic road that will give you the best of the best of the Texas Hill Country. Be aware that you will be driving over cattle guards and through the middle of cow pastures, so drive slowly and don’t rush, as you never know if a cow and her calf will be waiting for you on the road just behind that hill or around that bend.

I made a little video of our drive and some of my pictures. Obviously, the video does not do reality justice, but it gives you an idea of how stunning the landscape looked.

Have you been to the Texas Hill Country during Wildflower Season? Which ones are your favorites? Bluebonnets? Indian Paintbrushes? Or something else? 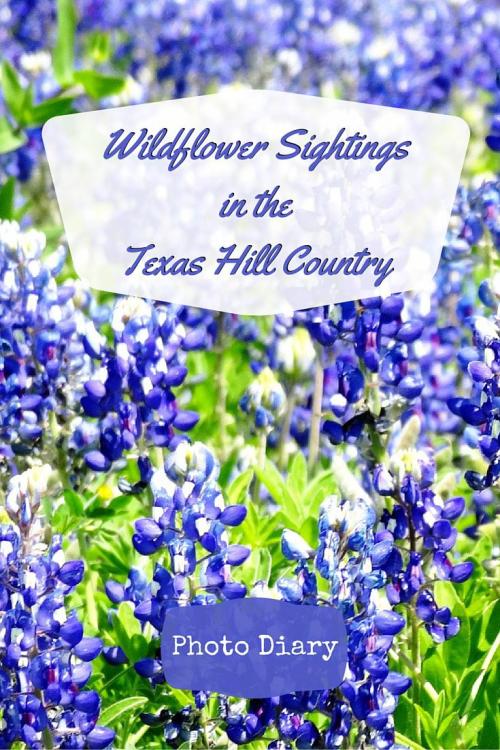