by MariaAbroad | This Post May Contain Affiliate Links, Travel | 6 comments 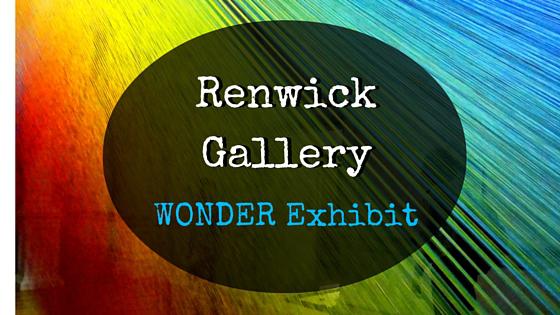 What makes it so special? They invited 9 artists to display installations in each of the rooms, but instead of just the rooms just housing the art, the rooms became part of the exhibit. The full exhibit ended a few days after I left DC, but you can still see some of the artists until July 10, 2016 and two exhibits are to remain indefinitely.

When I arrived in Washington DC, I asked a few people of things to do and the Renwick Gallery Wonder Exhibit came up several times. I love art and it sounded very intriguing, especially since it was a one time opportunity. The Renwick Gallery is also part of the Smithsonian museums, so the entrance fee was free.

But enough with the words, let’s look at some art, shall we?

Like a rainbow, Gabriel Dawe’s exhibit at the Renwick Gallery invites you to look for the pot of gold and imagine you are a kid again. 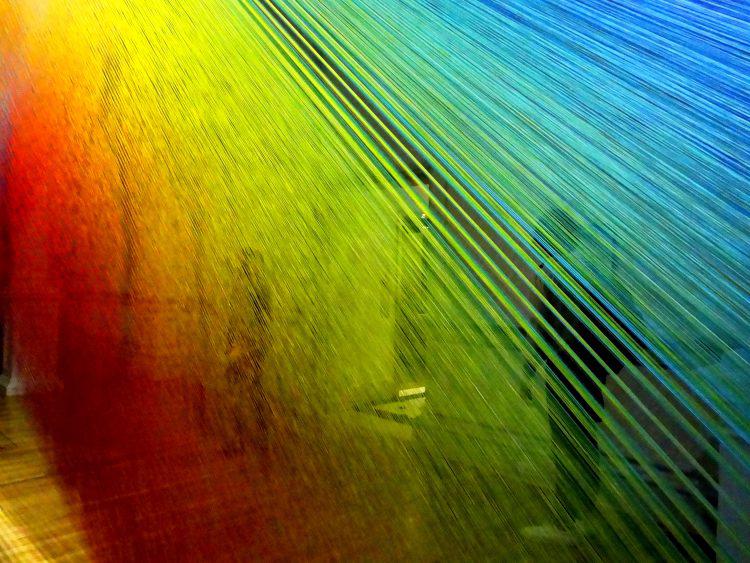 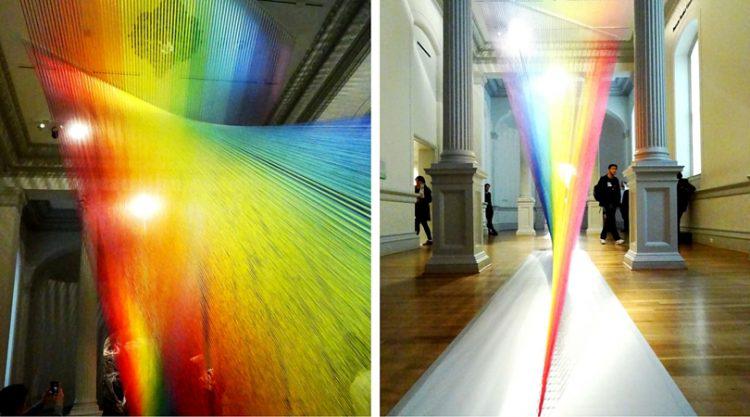 Tara Donovan’s exhibit looks very organic, like paper stalagmites growing from the floor. A cautious warning by the security not to sneeze, made this exhibit even more intriguing. 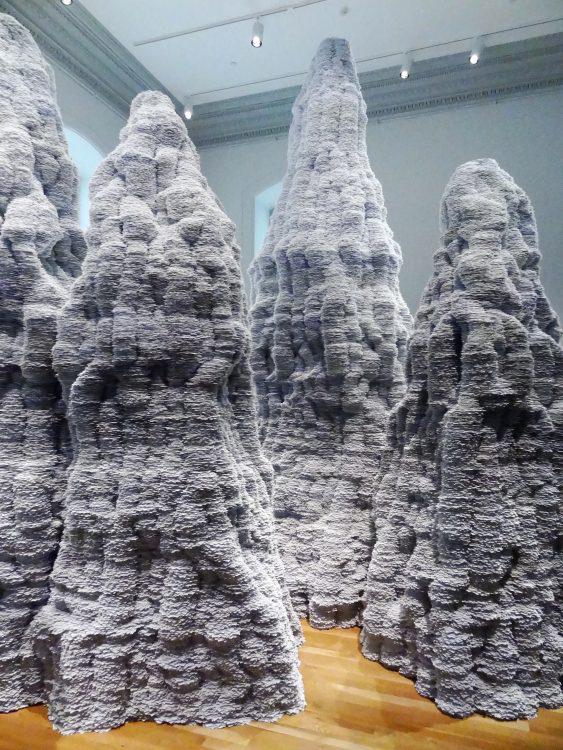 I really liked this exhibit. I felt like a bird on a house hunt, exploring the nests in the neighborhood. Very cool, isn’t it? 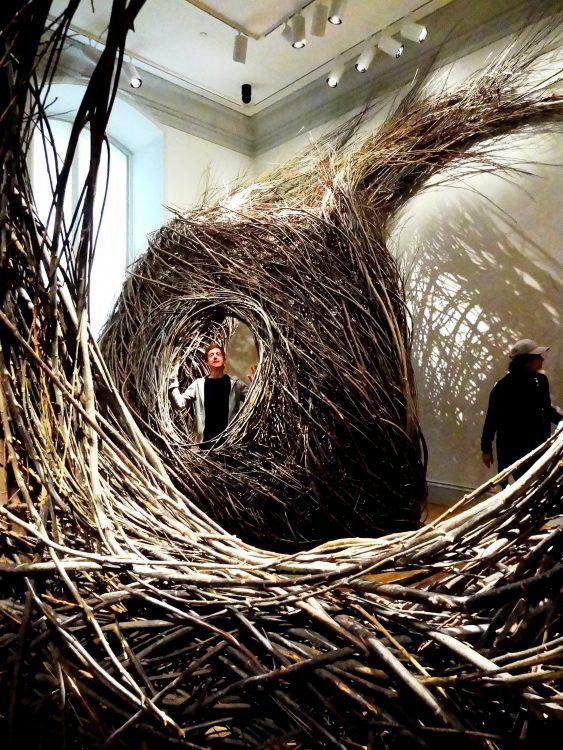 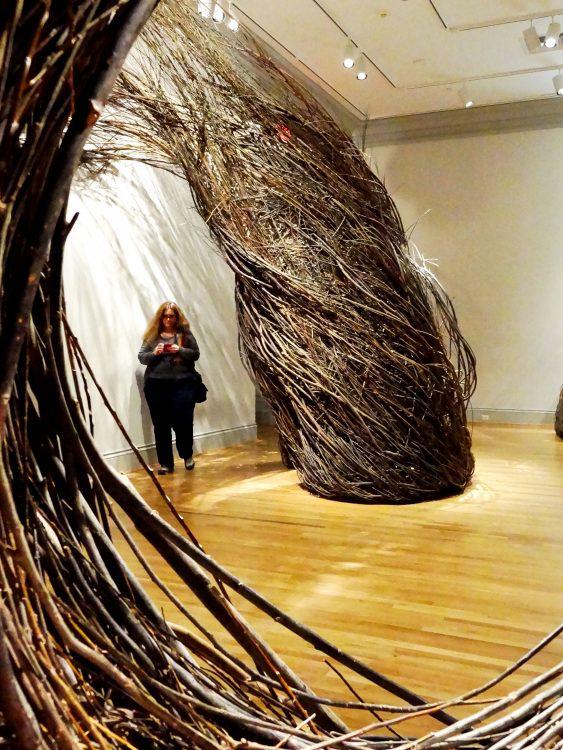 Jennifer Angus’ exhibit at the Renwick Gallery was really cool. It looks like Buffalo Bill and Barbie had a baby in this room. Kinda cool and kinda creepy. If you don’t like bugs, scroll faster! 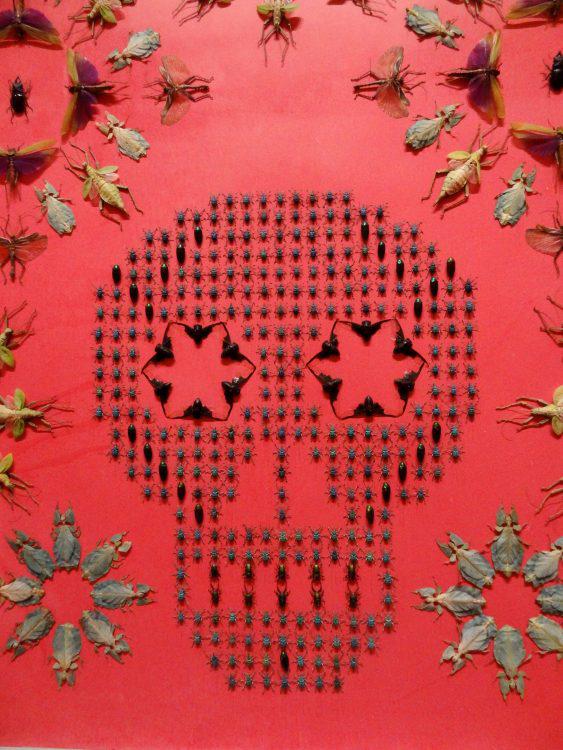 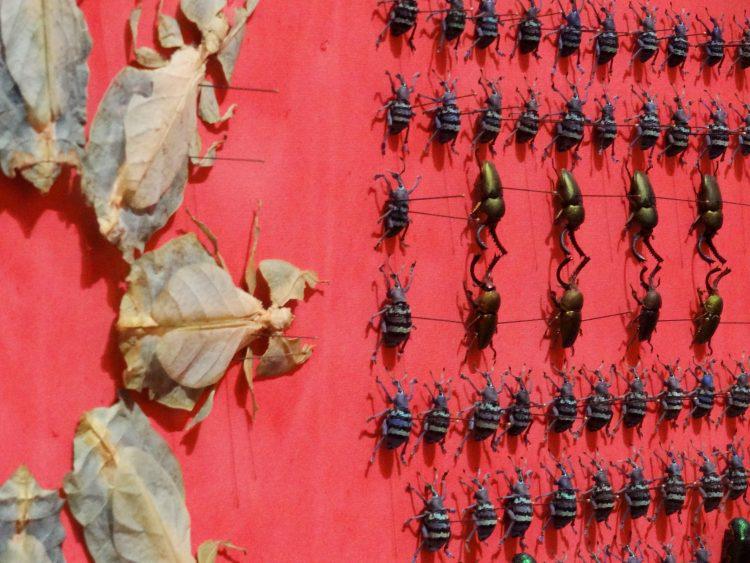 I love this ceiling exhibit by Janet Echelman. You can lay down on the floor and look at it, as the colors change like a waivy screensaver from the 90s. After a while, you start tuning out the people around you and it almost becomes meditational. 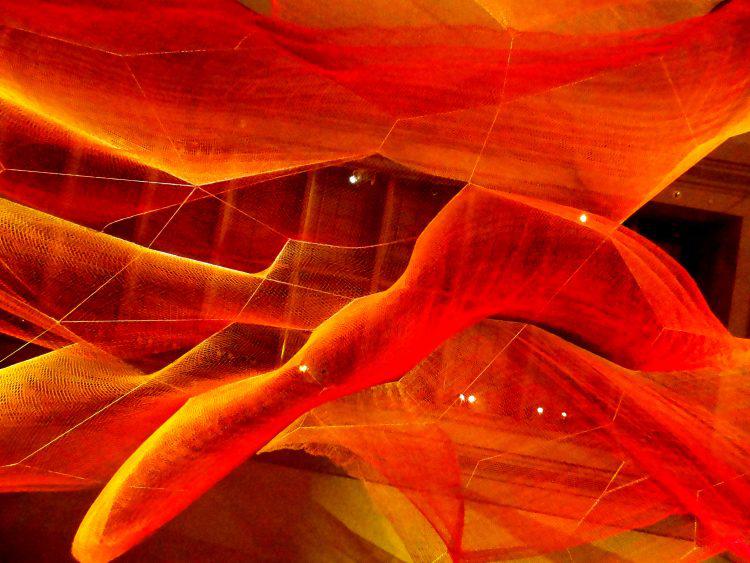 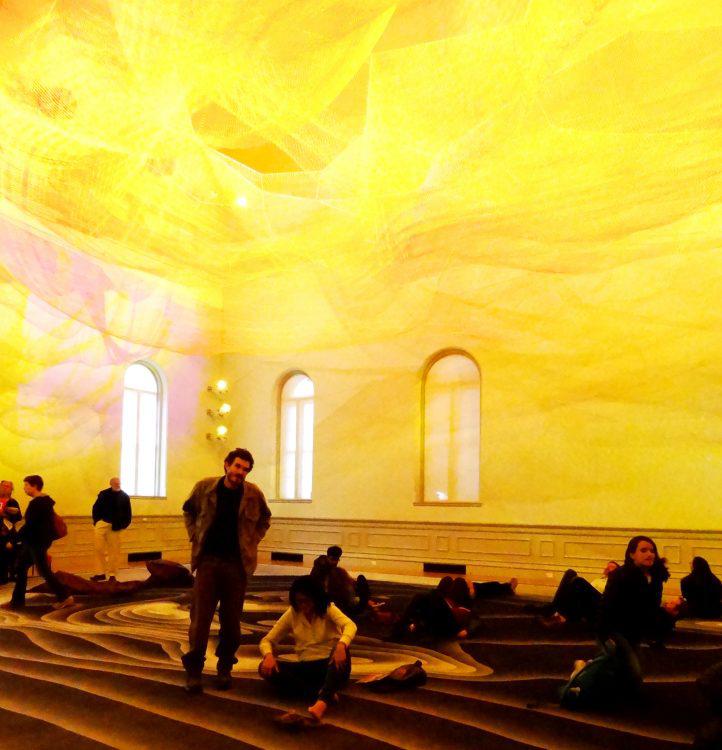 Maya Lin’s Wonder exhibit was special, because it truly turned the room into part of the exhibit and I really like it. The green glass marbles were growing all over the floor and up the walls like roots of glass. Beautiful concept! 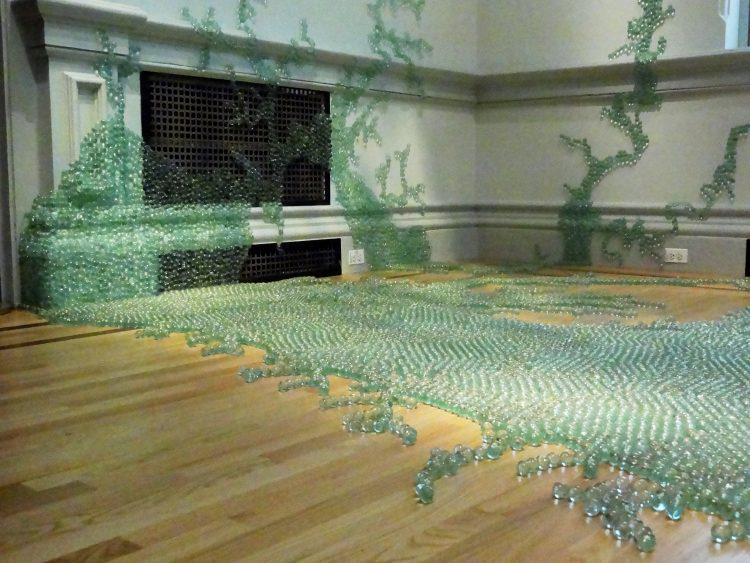 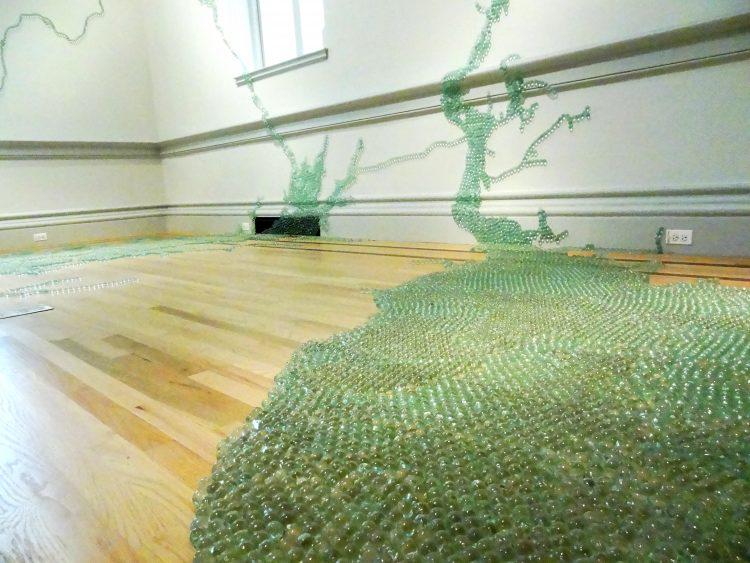 I know I didn’t add all artists, but unfortunately, some of my pictures didn’t turn out quite the way I wanted them. But if you want to see the other ones, check out the Renwick Gallery Wonder Exhibit photos here. Which artist do you like the most?

Where is the Renwick Gallery: 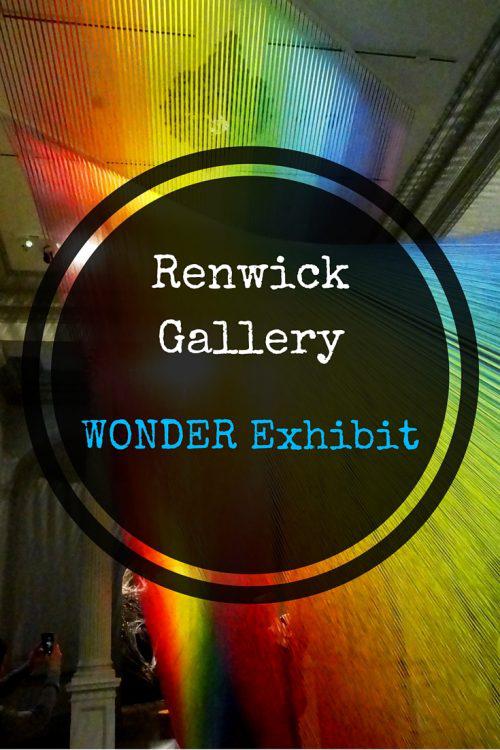