Guide to Having a Holly Jolly Christmas in San Diego 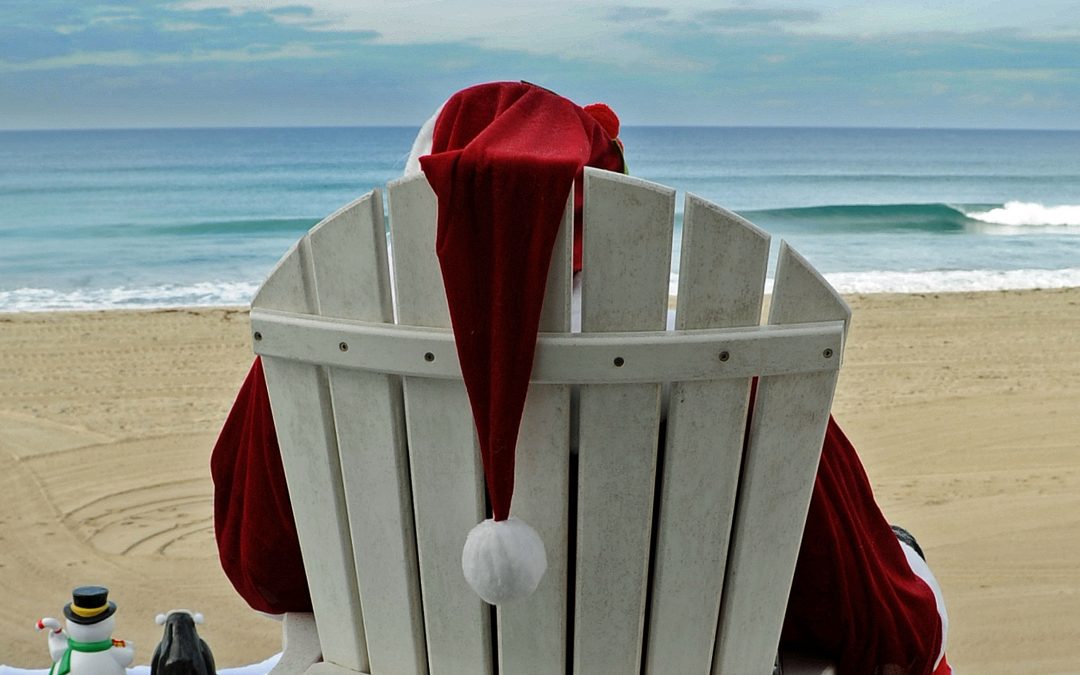 Christmas is a wonderful time of year where the good in even the worst people come out. Some people enjoy curling up by the fire to fight the brisk winter cold. Others embrace the cold and take adventures around their hometowns. Then there are those who take a vacation for the Christmas season and want to enjoy the holidays like a native.

You wouldn’t think a tropical feeling town like San Diego gets into the traditional Christmas spirit but that’s not really the case. Christmas in San Diego is full of the holly jolly spirit as we go all out every year. Restaurants create specials, parades are held, and special events come to town for the season. Like all the other big holidays, San Diego takes pride in going all out.

Being born and raised in San Diego, it’s only fair that I tell you about all the fun San Diego Christmas events.

San Diego is an expensive city to live in, I won’t lie. But there are some awesome free activities you can go to during the holidays. The city wants its residents and visitors to enjoy the holidays. Like I said, Christmas is a time where people want to give back.

I like to think of this as the kick-off to the holiday season. Once a year for two hours, Downtown El Cajon turns into an annual celebration. Like a miniature Thanksgiving Day Parade. People from all over the US come to build extravagant floats and put on amazing shows to celebrate the season. In 2019, the parade will be held on November 24th from 1 pm to 3 pm. Bring your kids to watch the brilliant animation, kind equestrians, and awe-striking performing artists.

Who goes to San Diego and doesn’t at least consider visiting the beach? Well, Santa makes his grand entrance on a surfboard in his best SoCal threads. Not only does Santa come to Seaport Village but there’s also a big parade with live street performers and booths from local shops. It all goes down on November 30th from 1 pm to 5 pm. Get your pictures with Santa as he brings a San Diego Christmas.

If you’re like me then you may be jonesing for something on the humble side, the Charlie Brown Christmas side. From 2 pm to 7 pm on November 30th, you and your loved ones can go up to Julian for the Christmas tree lighting. They have a real old fashioned cozy way of celebrating the holidays.

Julian is a little north of San Diego but you’re still close enough for a little day trip. Being in the mountains, you’ll feel Jack Frost nipping at your nose, smell the fires burning in their places, and perhaps some pine mingling with the spices of apple pie. Take pictures with Santa, enjoy the live performances, tree lighting, and maybe try some of that pie.

San Diego loves to highlight the local shops around town. So on December 1st, South and North Park hold a festival celebrating over 30 local restaurants in a huge chili cook-off. You can walk around for free but to really indulge, in the tastings you’ll have to pay and measly $20.

You can eat loads of chili and sip on wine and craft beer while you listen to music and window shop all day on December 1st. You can either bring your own chili bowl and get 5 tastings for $15 or get a novelty bowl and 5 tastings for $20. Just head down to Thorn and 32nd street at 11 am!

This is possibly one of my favorite activities during the holidays. December nights is a two-night event, December 6th, and 7th, where you get to go down to Balboa Park and explore the museums for free and enjoy Christmas in San Diego.

Museum tours and entrance are available from 5 pm to 9 pm on both nights. The festival lasts from 3 pm to 11 pm on the 6th and noon to 11 pm on the 7th. You can walk around and enjoy multicultural cuisines and a lot of Christmas activities. It puts me in the spirit every year.

What better way to celebrate the holiday season than to see a bunch of adorable animals dressed up and parading around town? Every year in the beautiful Gaslamp District, people create homemade floats and cute vehicles to parade their pets around in.

It’s free to view the spectacular pet parade but if you feel like your pet is worthy of that kind of attention, then you can pay $15 per pet before the event or $20 per pet on the day of. The parade kicks off on December 15, 2019, at 2 pm. It doesn’t stop there! The pet expo lasts from 12 pm to 5 pm so you can really see all the wonderful pets out there.

Of course, there are competitions and prizes up for grabs! Enter your pet to win the best ugly sweater, the best costume, best in show, best-costumed duo, and best float. Unfortunately, livestock is not eligible to enter but bring Fido and catto!

Free is always awesome, however, sometimes you have to spend a few dollars to have a butt load of fun. It happens. Christmas in San Diego is a magical thing. You can get the magical feeling of the holidays even in this tropical town. For a few dollars, you can make the most out of the season!

An iconic story gets told at the famous Old Globe Theater. It has been a San Diego tradition for over 20 years. The whimsical musical begins, this year, on November 10th and the last performance is on December 29th.

Showtimes vary, however they are recurring Tuesdays through Sundays. Tickets really aren’t that much if you aren’t picky about your seat. It’s really a great show that’ll set the mood for the season.

Holiday By the Bay

Down by the San Diego Bay and right next to the Convention Center is the Hilton Bayfront Hotel. I only know about this because I worked there in the winter of 2018. Just outside of the hotel, they meticulously build this miniature theme park from November to January.

In the theme park, there is this magnificent ice tube slide that as by far my favorite thing. Before every shift, we got to test it out and we zoomed down the slide. It was so much fun! We also had these really neat bumper cars and a mechanical bull that was really hard to stay on but still super thrilling.

On top of the rides, on some nights we had live music but there was a lounge nearby the slide that served holiday cocktails by a fire pit.

Tips and Tricks for this San Diego Christmas Activity:

Check Out The Details Here

For my zoo lovers out there, the #1 zoo in the world, the San Diego Zoo, holds their annual Jungle Bells fest from December 13th to January 5th. Lights and decorations are everywhere and the air around the park feels so holly jolly. While there are festive animal feedings and talks, there is also a live performance of ‘Twas the Night Before Christmas with dances and music. You can purchase tickets on-site, online, or get the Go San Diego Pass here.

It wouldn’t be the holidays if you didn’t get in touch with your inner child, at least for me. There is just something about whimsical activities that really get me in the mood for Christmas. If you have some kiddos or you want to feel like a kid, I recommend heading down to the Hotel Del Coronado and having some tea with the polar bears.

The tea party is held on December 20th of 2019 at the historic Hotel Del Coronado. Tickets are $65 for adults and $35 for children. Honestly, it’s worth it for the whimsical activity of sipping tea with polar bears (not actual polar bears).

Ice Skating by the Sea

Among the San Diego Christmas activities, what’s more memorable than ice skating? It’s also at the Hotel Del Coronado from November 22nd to January 5th. The times it’s open varies depending on the upcoming holiday. However, on average, it is open at least 6 hours on a normal day and around 2 plus hours on some holidays.

Visitors can skate by the sea and, if they so choose, reserve a lounge spot just outside the arena to relax and maybe sip on cocktails or munch of snacks by the fireside. Tickets cost $30/person online and $35/person at the rink. If you have a military discount then you can get a discount! You can reserve and Frostbite spot in the lounge online and bask in the luxury.

Get Your Ice Skating Tickets Here

The holidays can be a magical time and if you play your cards right, you can create loads of memories for your Christmas in San Diego. I like to think that it’s never about where you are but about the memories you create there so why not make the season especially memorable.